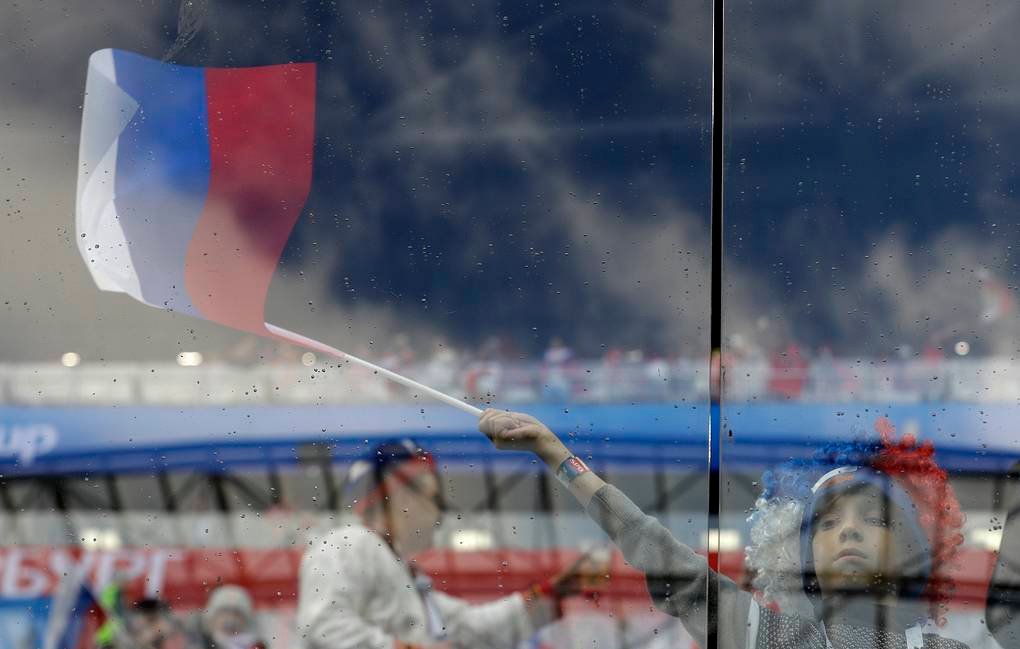 The Executive Committee of the World Anti-Doping Agency (WADA) has approved recommendations of the Compliance Review Committee (CRC) to strip Russia of the right to participate in major international sports tournaments, including the Olympics and World Championships, for the period of four years, WADA’s press service said in a statement on Monday.

The WADA Executive Committee also ruled that Russia must not host, or bid for or be granted in the four-year period any major international sports tournament. Russian state officials as well as the officials of the Russian Olympic Committee (ROC) and the Russian Paralympic Committee (RPC) have been also banned from attending all major international sports tournaments for the period of four years.

“Meeting in Lausanne, Switzerland, the 12-member ExCo supported the CRC’s recommendation, which includes a series of strong consequences and conditions of reinstatement in accordance with the International Standard for Code Compliance by Signatories (ISCCS),” according to the statement.

The Russian Anti-Doping Agency has the right to appeal WADA’s ruling within 21 days. In case RUSADA decides against submitting an appeal, it can be also filed by heads of the Russian Olympic and Paralympic Committees as well as by heads of the international sports federations.

Commenting on the Executive Committee’s decision, WADA President Craig Reedie said: “The ExCo’s strong decision today shows WADA’s determination to act resolutely in the face of the Russian doping crisis, thanks to the Agency’s robust investigatory capability, the vision of the CRC, and WADA’s recently acquired ability to recommend meaningful sanctions via the Compliance Standard which entered into effect in April 2018.”

“Combined, these strengths have enabled the ExCo to make the right decisions at the right time,” Reedie was quoted as saying in the statement. “For too long, Russian doping has detracted from clean sport.”

“The blatant breach by the Russian authorities of RUSADA’s reinstatement conditions, approved by the ExCo in September 2018, demanded a robust response,” he continued. “That is exactly what has been delivered today.”

“Russia was afforded every opportunity to get its house in order and re-join the global anti-doping community for the good of its athletes and of the integrity of sport, but it chose instead to continue in its stance of deception and denial,” the WADA president said.

“As a result, the WADA ExCo has responded in the strongest possible terms, while protecting the rights of Russian athletes that can prove that they were not involved and did not benefit from these fraudulent acts,” he added.

On November 25, the WADA Compliance Review Committee (CRC) reiterated its previous recommendation for the world anti-doping body’s Executive Committee (ExCo) to strip RUSADA (the Russian Anti-Doping Agency) of its compliance status and came up with a recommendation of additional sanctions against Russian sports.

Among the recommended sanctions, the CRC suggested to bar Russia from all international sports competitions, including the Olympic and Paralympic Games, for a four-year period. The Committee also issued a recommendation to deprive Russia of the right to host international sports events during this period.

The WADA Executive Committee reinstated the compliance status of the Russian Anti-Doping Agency on September 20, 2018 on condition that WADA experts would be granted access before December 31, 2018 to doping samples at the Moscow Anti-Doping Lab, which was sealed off in connection with a federal investigation.

Specialists from WADA were granted access to the database of the Moscow Anti-Doping Laboratory in January this year and copied 24 terabytes of information on Russian athletes’ doping samples collected between 2012 and 2015. WADA experts finished their work to retrieve doping samples from the Moscow Lab on April 30 having collected 2,262 doping samples in 4,524 containers (Samples A and B).

One of WADA’s new international standards on the compliance status states that athletes coming from countries where national anti-doping agencies are non-compliant with the WADA Code may be barred from all international tournaments, including the Olympic and Paralympic Games.