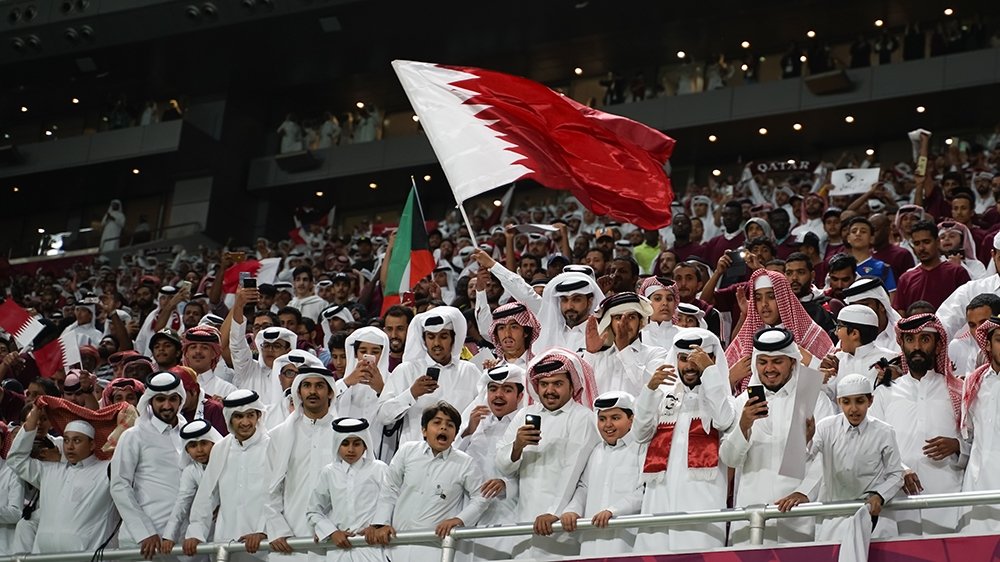 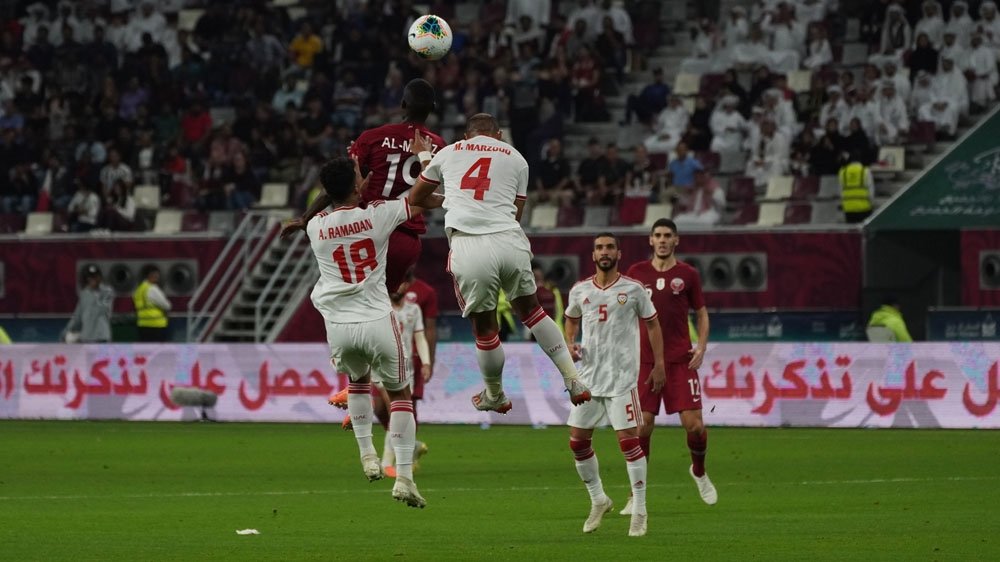 Asian champion Qatar has beaten the United Arab Emirates (UAE) 4-2 in an action-packed match to advance to the semi-finals of the 24th Arabian Gulf Cup.

Newly crowned Asian player of the year Akram Afif, 22, scored twice in the first half to put the hosts in front at a crammed Khalifa International Stadium, before Emirati forward Ali Mabkhout converted a penalty to reduce the UAE’s deficit to 1-2.

Eight minutes into the second half, captain Hassan Al-Haydous restored Qatar’s two-goal lead until the 77th minute when Mabkhout found the net again with a powerful strike to a muted response from the partisan crowd. But there was no last-minute drama as Boualem Khoukhi sealed Qatar’s win in injury time, sparking huge celebrations among the home team and supporters.

A total of 43,780 spectators were in attendance for the match on Monday.

Qatar, three-time winners of the biennial regional football tournament, finished second in Group A and will now face Group B winners Saudi Arabia in the semi-final on Thursday.

“It was obviously a very important game for us to qualify. I think it was a really tough game. The Emiratis tried really hard.”

Alanood Alyamani, another spectator, said she was looking forward to celebrating with family and friends at the Doha Corniche, the main waterfront promenade in the Qatari capital.

“We are so happy and excited,” the 30-year-old Qatari national said. “We will celebrate now in the streets.”

This is the fourth time Doha is hosting the eight-nation regional tournament.

There is extra attention on the event this year after three of the nations blockading Qatar – Saudi Arabia, the UAE and Bahrain – reversed an earlier decision to boycott the event due to a two year old diplomatic dispute with the host nation.

Flags for both sides, as well as other participating nations, were being sold as fans made their way inside the stadium, one of the venues for the 2022 FIFA World Cup.

Fans started taking their seats two hours before kick-off to the tunes of Arabic songs playing in the build-up to the game – a rematch of the two sides’ bad-tempered AFC Asian Cup Semi-Final  in January this year.

That match in Abu Dhabi, which Qatar won 4-0 en route to their First Asian Title, was marred by crowd disruptions, with local fans hurling shoes and bottles at Qatari players and jeering during the Qatari national anthem.

Those who attended were hopeful the tournament would help ease political tensions and end the blockade that Saudi Arabia, the UAE, Bahrain, along with Egypt, have imposed on Qatar since June 2017.

“The main thing is if they are coming here and they are playing, then one can imagine the relations getting better,” Sheaffer Babu, 30, from India, said.

James Duthie, a 45-year-old Doha resident from Scotland, said the participation of the blockading nations “just shows that sport brings everyone together”.

“Human beings are human beings and whatever is going on diplomatically between the countries is irrelevant in a situation like this when people just enjoy sport, regardless of what country you are from, what race or religion you belong to,” he told Al Jazeera.

In the other Group A match on Monday, played at the 12,000-capacity Abdullah Bin Khalifa Stadium, Iraq – having already booked their place in the semi-finals – drew with Yemen 0-0 to top the table.

Iraq will face Group B runners-up Bahrain in the other semi-final on Thursday.