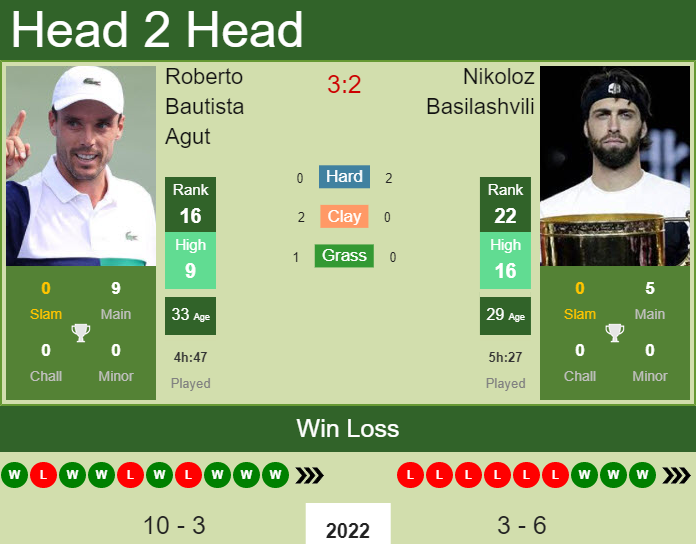 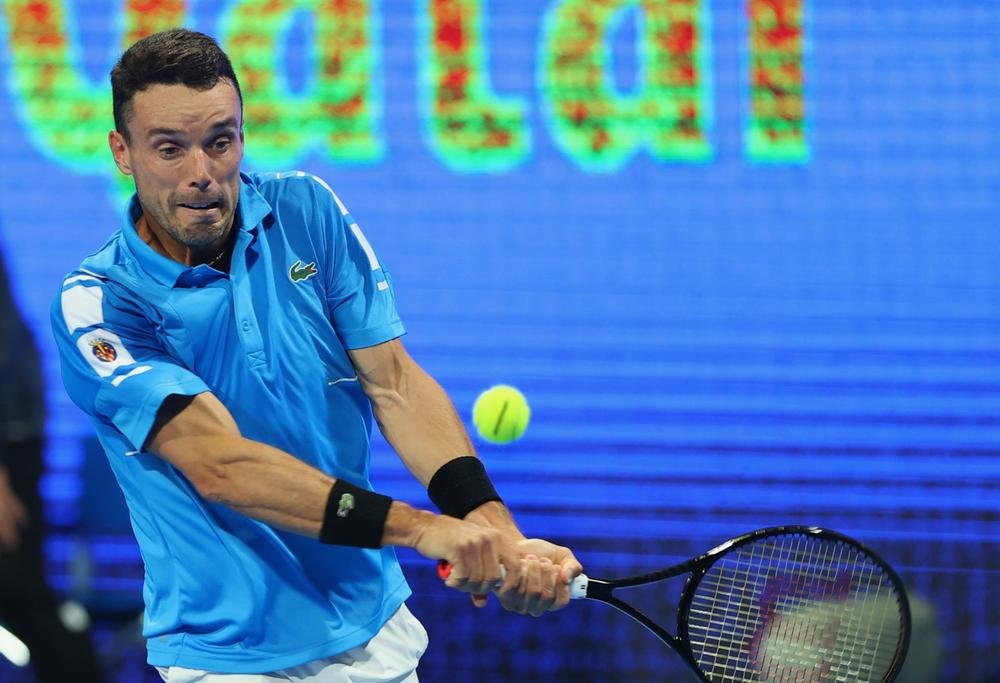 Qatar-ExxonMobil 2021 Champion Nikoloz Basilashvili (Georgia) will face once again 2021 Runner Up and World No. 16, Roberto Bautista Agut (Spain) on Saturday at the final 2022 Qatar-ExxonMobil Open. The tournament is held at the Khalifa International Tennis and Squash Complex.

Robert Bautista Agut demonstrated his fighting qualities on Friday Karen Khachanov 2-6, 6-3, 7-5 in a thriller under the lights in Doha. The Spaniard produced an intense and aggressive performance, overcoming the Russian in two hours and 26 minutes to reach the final at the ATP 250 event for the second consecutive year.

“The atmosphere was unbelievable,” Bautista Agut said in his on-court interview. “I want to give a lot of credit to Karen, he was playing unbelievably. I had to fight really hard to turn the score around. It was a really tough match.”

The second seed found his range as the match went on with the key turning point coming in the third game of the second set, when Bautista Agut fended off seven break points in a mammoth game to hold. From there, the World No. 16 put his foot down and raised his level deep in the third set, breaking at 5-5 with a powerful smash, before holding to seal his win.

The 33-year-old, who overcame Andy Murray and Alejandro Davidovich Fokina for the loss of just three games in his opening two matches, now leads Khachanov 6-2 in their ATP Head2Head series.

Bautista Agut has strong pedigree in Doha, having lifted the title in 2019 and reached the final last season. The Spaniard will be aiming to capture his first tour-level crown since he triumphed in Doha three years ago when he faces Nikoloz Basilashivili in a repeat of last year’s championship match on Saturday.

Khachanov was aiming to reach his second tour-level final of the season, after advancing to the final at the Adelaide International 1 in January.

Earlier, Basilashvili continued his love affair with the Qatar ExxonMobil Open, soaring into the final for the second consecutive year with a 6-4, 6-2 win over Frenchman Arthur Rinderknech.

The Georgian lifted the trophy in Doha last season, defeating Roger Federer en route. Basilashvili will have the opportunity to triumph again when he takes to court on Saturday after he broke Rinderknech three times to end the World No. 61’s run and advance.

“I am feeling great,” Basilashvili said. “I really like playing in Doha. I see the ball really well here and physically I feel much better than previous matches. The final will be a tough match.”

Basilashvili, who arrived at the ATP 250 event on a six-match losing streak in 2022, is aiming to win his sixth tour-level title this week.

Rinderknech was bidding to reach his second final of the year, having enjoyed a run to the championship match at the Adelaide International 2 in January.

Doha, 25 June 2022 THE Embassy of Nepal and the Non-Resident ...
END_OF_DOCUMENT_TOKEN_TO_BE_REPLACED