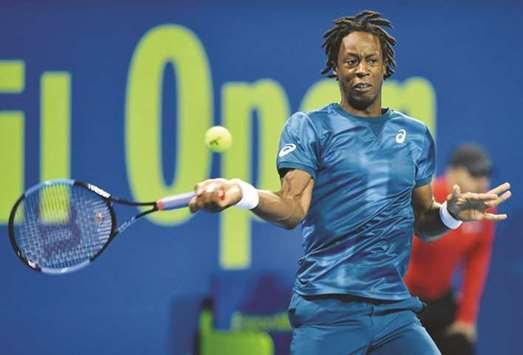 Andrey Rubley was one point away from seeing opportunity turn to disappointment. Serving at 4-5 in the third set of his semi-final at the Qatar ExxonMobil Open in Doha, the 20-year-old faced match point against Guido Pella, who was seeking his third ATP World Tour final.

But after hitting a booming ace, the #NextGenATP Russian found his best tennis to escape the game and eventually the match, using an impressive 26 winners to swing past the Argentine 6-2, 4-6, 7-6(2) after a two-hour, 26-minute classic.

“It feels amazing. I have no words to describe this match,” Rublev said. “I think it was such an amazing match for both of us. We made amazing rallies, such unreal rallies. I’m really happy that I won. I can say only good job to Pella for how he played. The way he played, it’s unreal. I think we made a great battle, I think people enjoyed… I think everybody’s happy.”

Rublev will play for his second title after earning his first at the Plava Laguna Croatia Open Umag last July as a lucky loser. The runner-up at the inaugural Next Gen ATP Finals last November is projected to crack the Top 30 in the ATP Rankings for the first time if he captures the trophy on Saturday.

First, he will have to get past French wild card Gael Monfils, who will contest his fourth Doha final. The 31-year-old Monfils advanced to the 27th title match of his career (6-20) after top-seeded Austrian Dominic Thiem withdrew ahead of their semi-final due to a fever.

“I’m very sad for Dominic and I hope he will have a speedy recovery,” Monfils said. “I’m happy to be in the final for the fourth time here. I hope this one will be better than the other ones. I’m just pleased [with] the way the year has started and I’ll be ready for tomorrow.”

Monfils, who will play Rublev for the first time, has finished runner-up at the ATP World Tour 250 tournament in 2006 (l. to Federer), 2012 (l. to Tsonga) and 2014 (l. to Nadal). The Frenchman says he would be thrilled to capture his first trophy in Doha.

“I will be very happy because it’s a tournament that I really like,” Monfils said. “It’ll give me a bit more confidence for the rest of the year.”