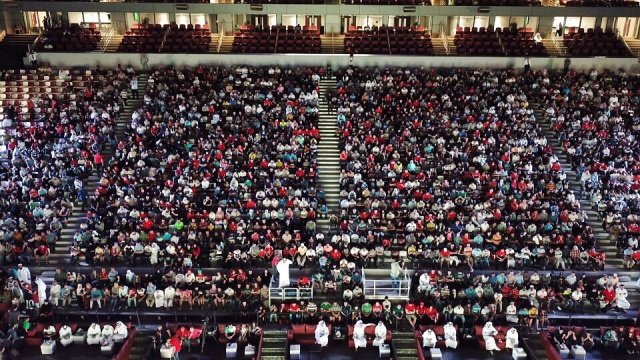 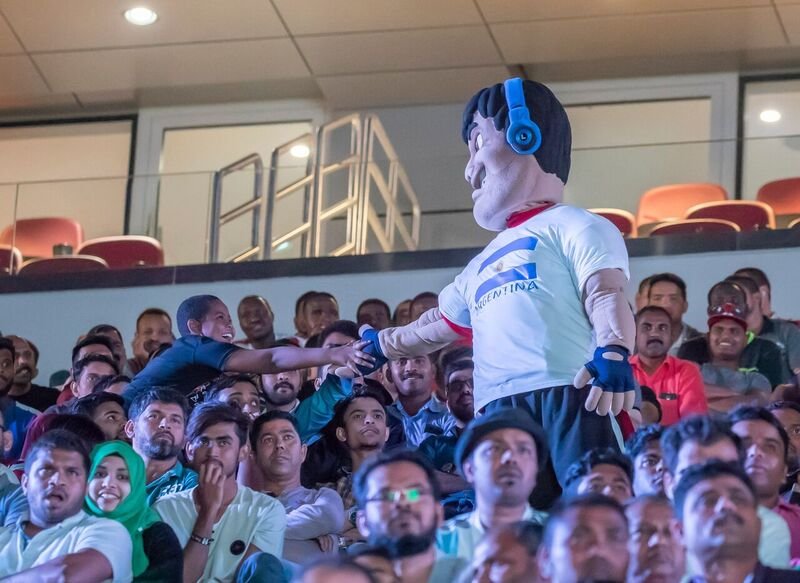 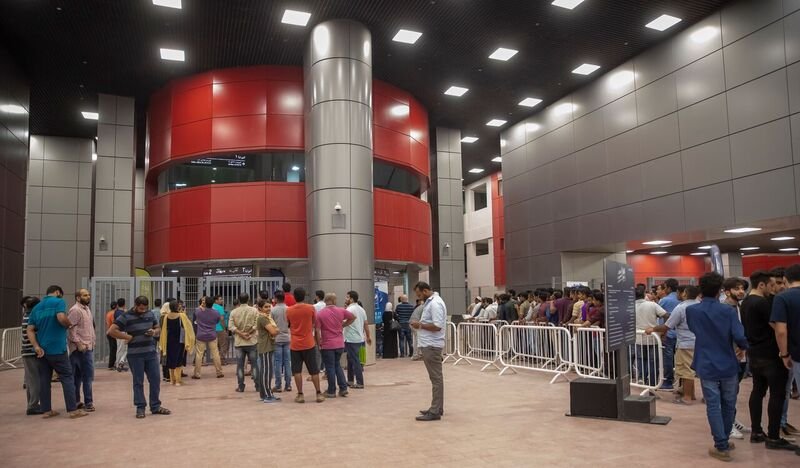 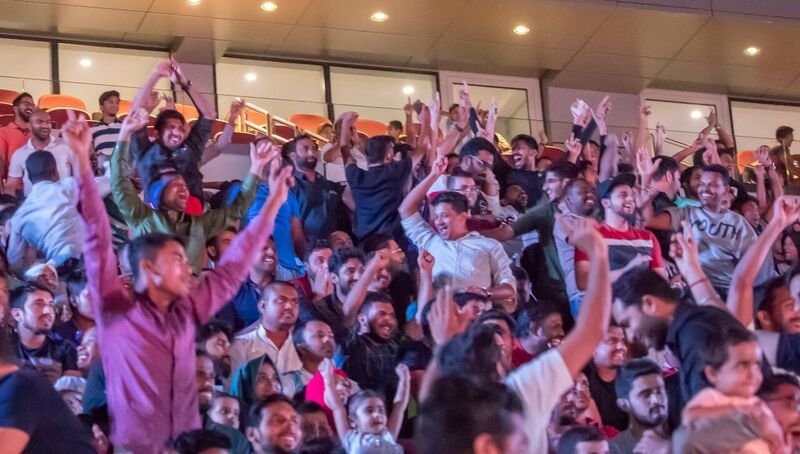 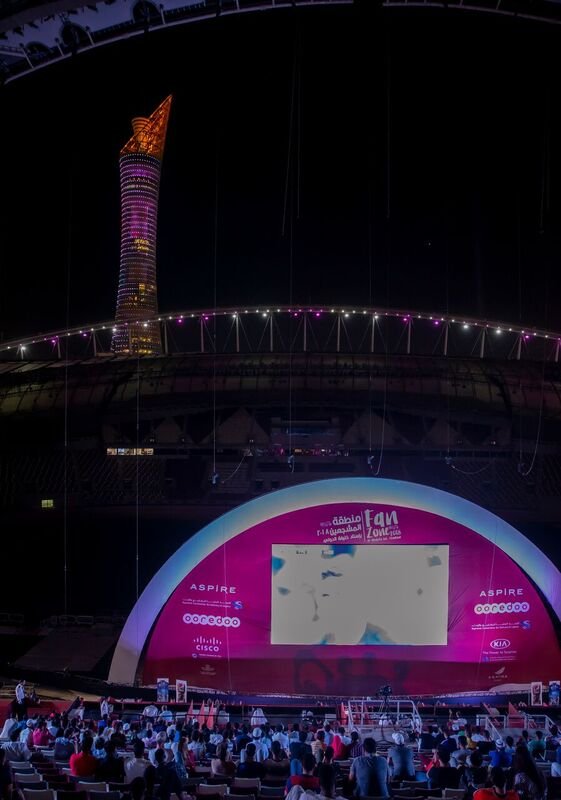 More than 25 thousand football fans from all over Qatar attended the Khalifa International Stadium Fan Zone since it opened last Friday, 15 June. Organised by Aspire Zone Foundation in collaboration with the Supreme Committee for Delivery & Legacy.

Arab teams matches, particularly for Egypt, Morocco and Tunisia, saw the highest number of attendees, along with big matches that include football giants Argentina and Brazil against Croatia and Switzerland respectively.

A number of diplomats and prominent media personalities were also present, including the General Manager of Al Kass Sports Channels Essa Bin Abdullah Al Hitmi, and Aljazeera presenter, Mohammed Krishan, among others.

The Khalifa International Stadium Fan Zone also received wide media coverage from local and international media outlets who attended on a daily basis to showcase the huge number of fans and showcase their reactions while watching the games. These include BeIN Sports, Al Kass Sports Channels, Aljazeera, Qatar Television in addition to other local TV outlets including Al Rayyan and local newspapers. There was also a big presence of East Asian radio channels at the Fan Zone from Malayalam 98.6 FM, ONE FM Qatar 89.6, Radio Olive 106.3 FM and Radio Suno 91.7 FM.

Many fans in attendance noted that they were quite impressed with the Khalifa International Stadium Fan Zone, and praised the efforts made by Aspire Zone Foundation and the Supreme Committee for Delivery & Legacy for organising it including Ibrahim Hashisha, President, Tunisian community council Doha, Ahmad Kamal of Egypt, Saeed Ibrahim from Jordan lauded the amazing cooling technology which does not let feel watching game sitting n such a harsh weather in open air stadium.

Doha, 25 June 2022 THE Embassy of Nepal and the Non-Resident ...
END_OF_DOCUMENT_TOKEN_TO_BE_REPLACED