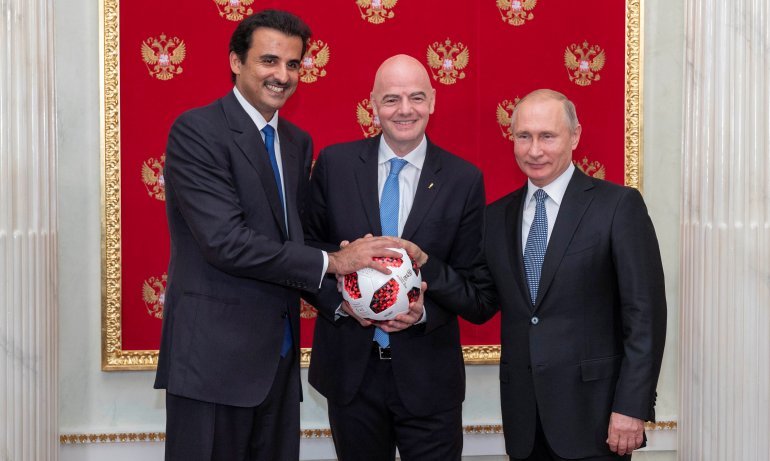 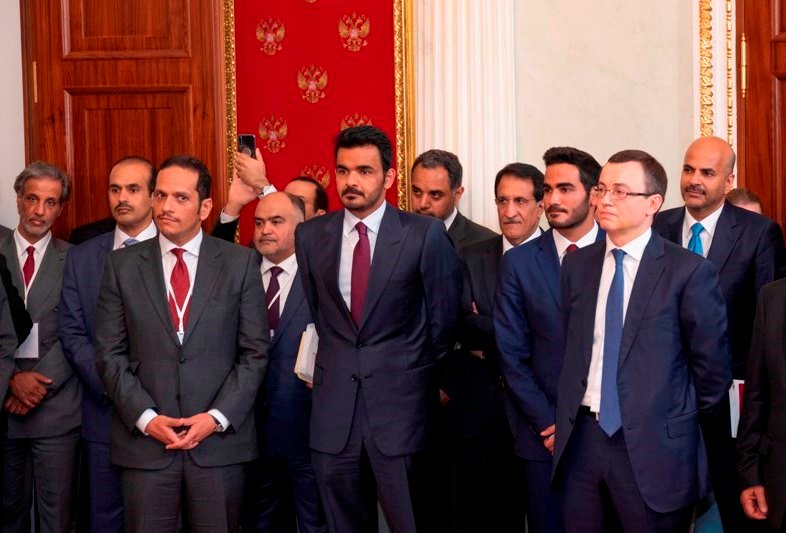 Amir of State of Qatar, Sheikh Tamim bin Hamad Al-Thani officially received the mantle of hosting the 2022 FIFA World Cup Qatar from Russian President Vladimir Putin, in the presence of FIFA President Gianni Infantino, in a ceremony held in the Kremlin Palace today on Sunday.

Amir of Qatar extended congratulations to Russian President and the Russian people for the success of organizing the 2018 FIFA World Cup. On behalf of himself and all lovers of football and sports around the world, Amir congratulated Russia for the great success and looked forward to welcome everyone to 2022 FIFA World Cup Qatar.

Amir thanked President of FIFA Gianni Infantino for all his exerted efforts and looked forward to work together to organize 2022 FIFA World Cup Qatar.

He assured the success of the tournament in Qatar and confident of trust in the Arab youth and friends who will be present in its organization.

At the opening of the ceremony, Russian President expressed his pride in all the efforts made in organizing 2018 FIFA World Cup Russia, and showed his confidence that Qatar will succeed in organizing a similar high class world cup.

He added “We are, of course, ready to share the experience we acquired in holding the World Cup this year,” assuring that Russia will do its best to promote sports and its role in uniting people and countries.

Gianni Infantino, President of FIFA  expressed his content with the ceremony saying “It’s so important that we can be here today in the iconic place of the Kremlin to pass the World Cup hosting rights from the organizer of the 2018 World Cup to the organizer of the 2022 World Cup.” He added this passion, emotion, love, family and unity were sentiments felt in 2018 FIFA World Cup Russia and will be transferred to Qatar in 2022.

FIFA President said 2022 edition of the world cup will leave a positive and vital impact as it has in the 2016 edition.

Presence on the occasion were members of the delegation accompanying Amir of State of Qatar,  number of Russian ministers and officials.