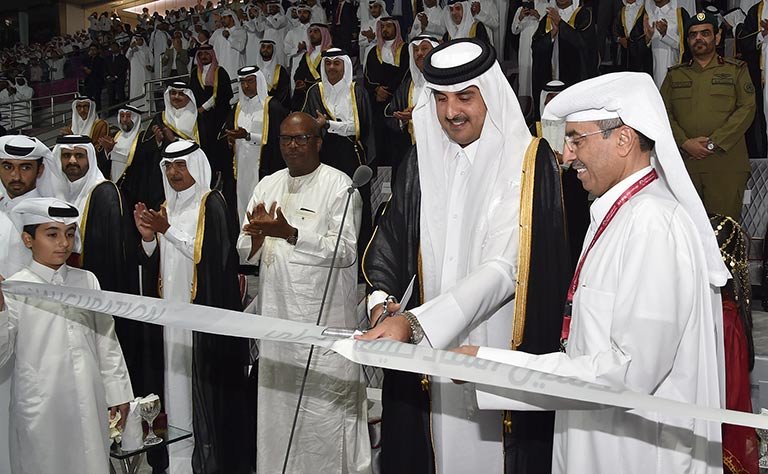 Emir of State of Qatar, Sheikh Tamim bin Hamad Al-Thani inaugurated this evening Khalifa International Stadium and dedicated to every Qatari and Arab citizen as ready to host World Cup 2022.

A number of head of Arab and international sports federations, members of the press and large number of football sports fans attended the glittering inauguration ceremony followed by final match of 2017 Emir Cup between AlSadd Club and AlRayan Club.

AlSadd Club won the championship by 2-1.

Emir of State of Qatar awarded the cup and gold medals to Al Sadd club, and the Silver medals to Al Rayyan club.