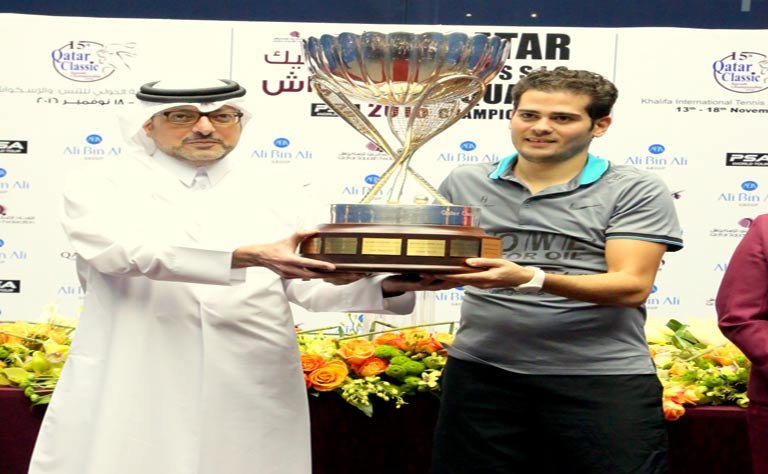 Karim Abdel Gawad won Qatar Classic for the first time this year. He also defeated El Shorbagy last week in the semi-final of the world championship.

It is first major win for Karim Abdel Gawad in his career.