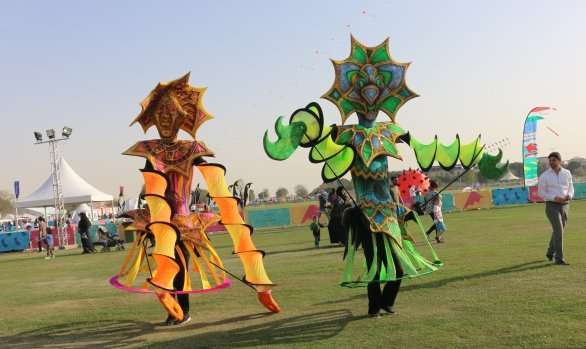 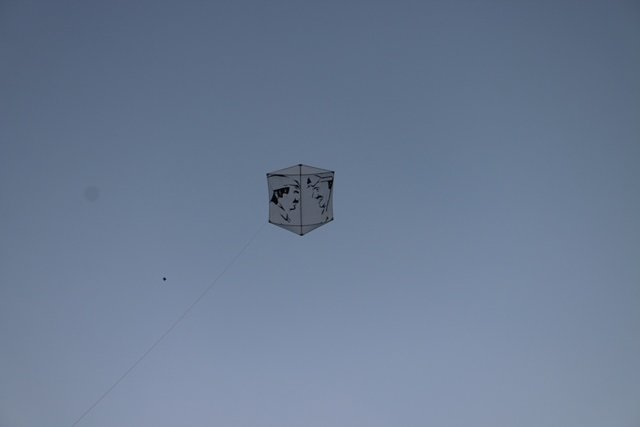 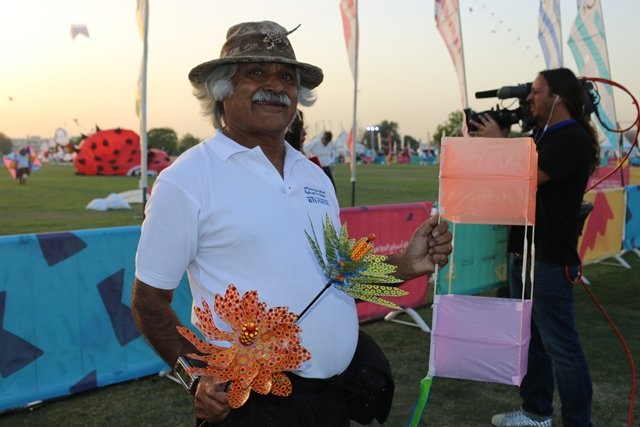 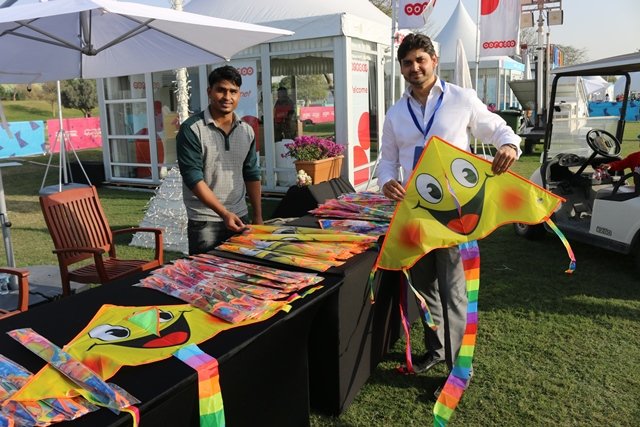 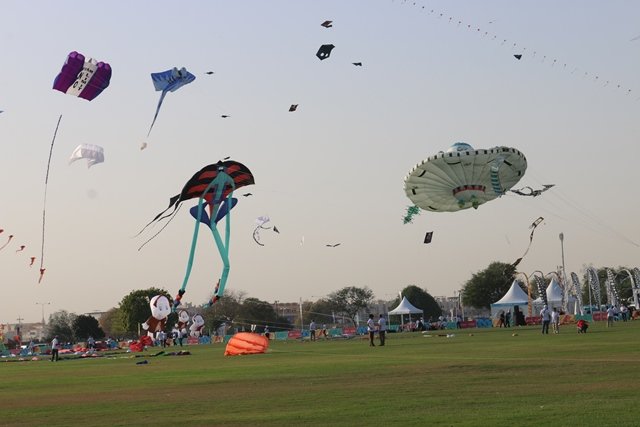 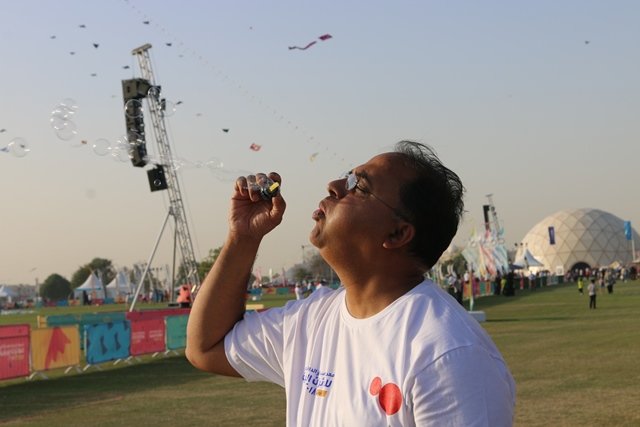 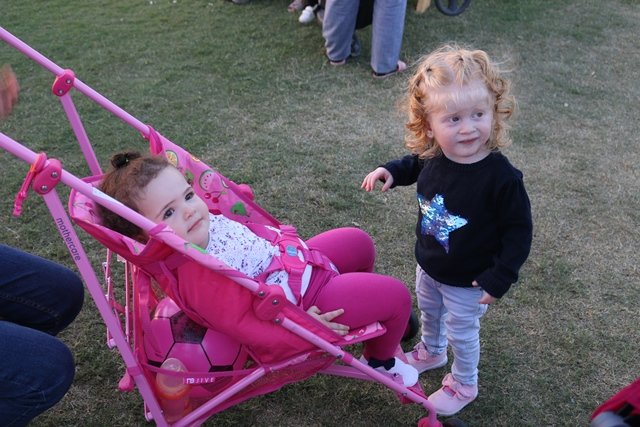 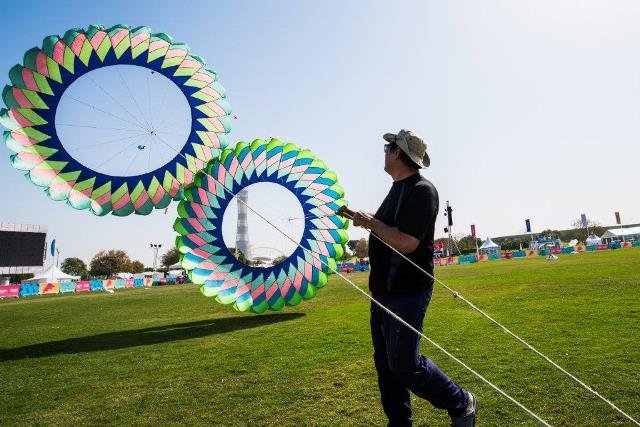 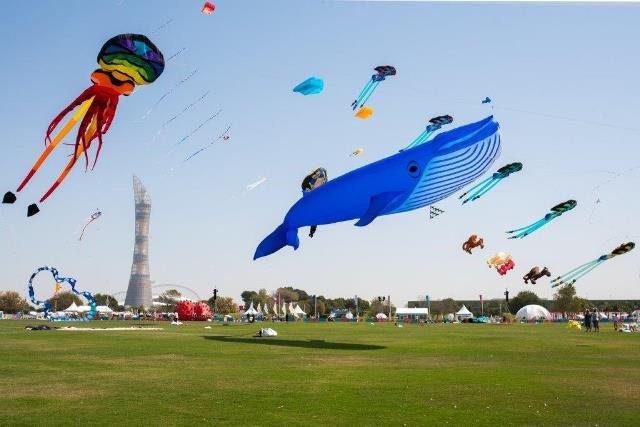 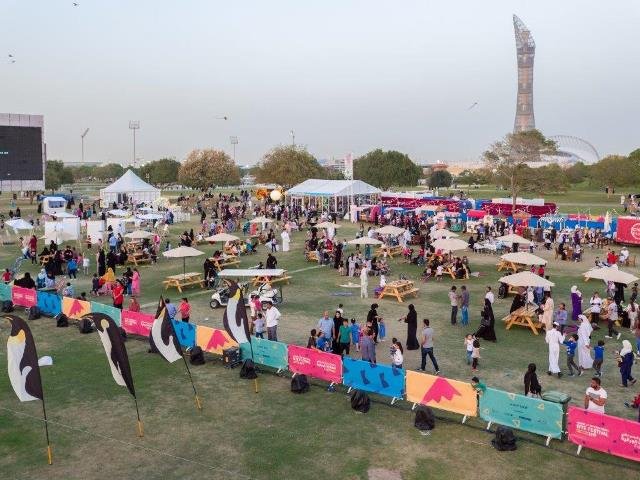 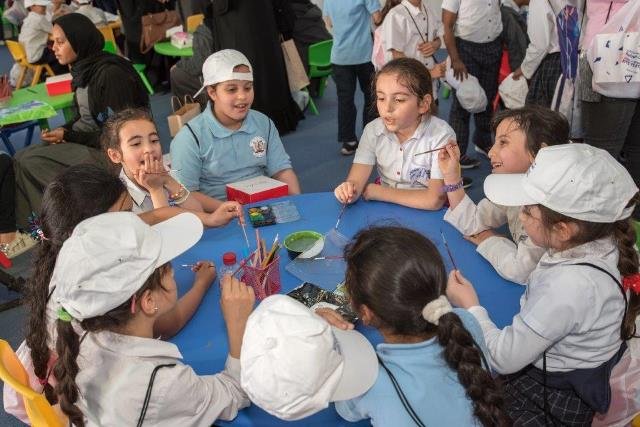 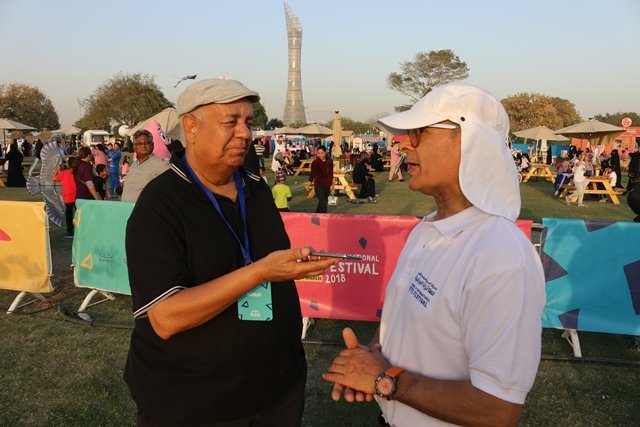 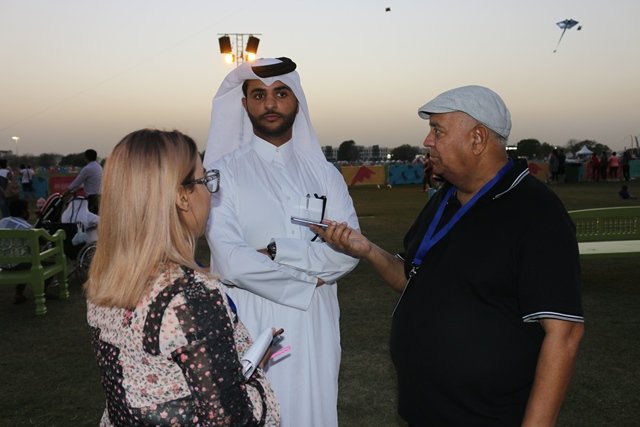 Second Int’l Kite Festival awards ceremony will take place in Aspire grounds today Friday evening at 0730 PM marking the conclusion of this year’s event which started on 6th of March.

The first-place winner of the 2018 Aspire International Kite Festival Photography Competition will win a QR 20,000 cash prize; second place will win a business-class plane ticket to a destination of their choice; third place will receive two economy class plane tickets; while fourth and fifth places will each receive a professional camera

Festival has attracted more than 8,000 visitors, 431 male and female students, and 105 representatives from local, regional and international media outlets.

The competing teams have designed and tested more than 200 kites over Aspire Park’s skyline every day.

In addition to the international competition, Aspire Zone Foundation (AZF) has organised a friendly inter-school competition for teams representing 16 local schools, including Aspire Academy, to introduce children to the sport of kite flying.

Senior representatives from AZF and the event’s partners Qatar Airways, Katara, the Supreme Committee for Delivery & Legacy, Ooredoo, Salam Stores and Virgin Megastores, are expected to attend the closing.

Commenting on Qatar’s participation in the festival, Sheikh Mohammed Bin Fahad Al Thani, member of the Festival’s organising committee, said “We’re proud to see a team representing Qatar participate in the Festival for the first time. Their participation is a testament to the success of last year’s event, which helped spread awareness about the art of kite flying among community members in Qatar of all ages.”

Talking to www.asiantelegraphqatar.com, Sheikh Mohammed bin Fahad AlThani said that we welcome all the participants. We started this festival with the participation of school children workshops in the morning and the evening with int’l kite flyers teams. So far we have seen growing number of Qataris participating and also much bigger participation of countries, we do expect large spectators this year, he said.  Last year around 40,000 people visited and this year we expect same number or more.

This year 23 countries from five continents are participating comparing to 13 countries participated last year. This year we have formed a Qatari team composed of both Qataris and expatriates, Sheikh Mohammed bin Fahad AlThani said.

Iqbal Hussain, Japan based Pakistani national having passion in designing long string, humorous kites told that he fully dedicated himself in promoting kites, does workshops with the children making and designing the kites. He is using kites promoting culture and art. He said that Japansese, Pakistan and Chinese kites present their culture, it has meaning. He said there is too many traditions behind flying a kite like in Korea on birth of a child, kite is used so that devil chase the kite and leave him or her to grow healthy.

Iqbal Hussain said that Kite flying has developed an int’l sport and he travels a lot every year to different countries on their invitation. People like to watch and learn creative and designing of kites. Kite sport is itself a complete activity.

I feel proud representing Pakistan around the world. Iqbal Hussain was flying his kite almost 750m long with around 250 kites.

Judges for this year’s competition include some of the world’s biggest names in kite art and design. Such as Italian painter, sculptor and theatre scenographer Claudio Capelli, American kite artist, painter, graphic designer and aerial sculptor, George Peters, German lifelong kite artist and Franck Shwiemann, Canadian painter and former indoor cycling track champion in Canada, Robert Trepanier, and Japanese garden designer who devoted much of his live to improving culture of kite art in his country, Makoto Ohye, and one of the most French wind fan artists and environmental-friendly installations, Michel Gressier.

A poster competition has also set children aged between of 5-13 the challenge of drawing the best illustration of a kite in the skies above Aspire Park for a chance to win valuable prizes from Virgin Megastores.

Along with the International Kite Festival, AZF, in collaboration with the Qatar Photographic Society, launched a photography competition for amateur and professional photographers in Qatar. Entrants can compete by posting their photos on social media under the hashtag #AspireKiteFest for a chance to win valuable prizes and the honour of being crowned the 2018 Aspire International Kite Festival Photography Competition winner.