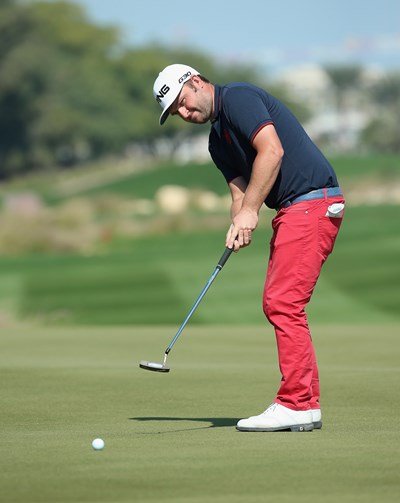 Chris Wood and Andy Sullivan will both compete at the 20th Commercial Bank Qatar Masters from 26-29 January just four months after making their Ryder Cup debuts and two months after representing England at the ISPS HANDA World Cup of Golf.

Wood, 29, won his first European Tour title at the 2013 Commercial Bank Qatar Masters and remains the only Englishman to have lifted the Mother of Pearl Trophy.

At Hazeltine National in early October, Woodteamed up with Olympic champion Justin Rose to beat Zach Johnson and Jimmy Walker in the Saturday morning foursomes, but was unable to maintain his winning record in Sunday’s singles, losing narrowly to US Open champion Dustin Johnson.

Wood now has his sights set on trying to reclaim the Mother of Pearl Trophy in Doha, where his 2013 victory was followed by a tie for 43rd in 2014 and a missed cut last January, having had to skip the 2015 event due to injury.

“My win at the 2013 Commercial Bank Qatar Masters is still one of the highlights of my career. It was pretty emotional to finally win my first European Tour title after what felt like many years,” said Wood, who memorably tied for fifth at the 2008 Open Championship as a 20-year-old amateur before sharing third place the following year.

“I like the course at Doha Golf Club and I feel like I’m ready to challenge for the title again. It will feel good to compete there in my first full season after playing at the Ryder Cup because I would like to keep playing well enough to make the 2018 team.”

Sullivan, also 29, secured automatic selection for Europe’s Ryder Cup team on the back of three European Tour victories in 2015. At Hazeltine, he and four-time major championship winner Rory McIlroy lost to Phil Mickelson and Rickie Fowler as USA swept the Friday morning foursomes, while Sullivan lost to Brandt Snedeker in the singles.

“I’ve shown I can play well in the desert with some good results in Dubai and although I’ve had a couple of decent finishes at the Commercial Bank Qatar Masters, it would be good to really challenge for the title this time,” said Sullivan, who teamed up with Wood at November’s ISPS HANDA World Cup of Golf in Melbourne, sharing 13th place.

“I made my Commercial Bank Qatar Masters debut in 2013, the year Chris won, and we’ve since played in the Ryder Cup and World Cup together. I had a great 2015, played well again last year and it would be great to get a good result in Doha and keep the form going.”

First held in 1998, the Commercial Bank Qatar Masters has helped establish Qatar as a world-class sporting venue and is considered the country’s annual ‘must-attend’ sporting and social event. Sitting at the heart of The European Tour’s Middle East swing, the tournament attracted over 25,000 spectators in 2016 and was broadcast to a global TV audience of over 400 million.