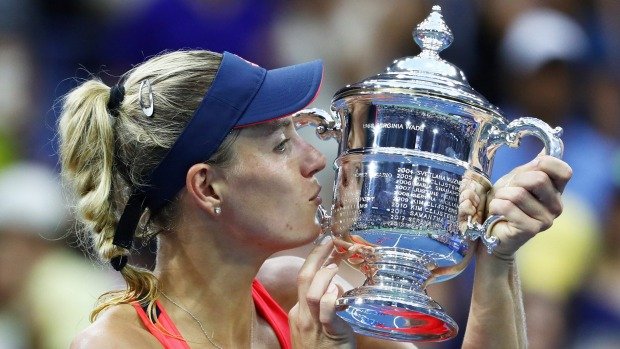 The 2017 Qatar Total Open, the 15th edition of the prestigious WTA Premier tournament, will witness a star-studded field, featuring seven of the world top ten players, who will be strutting their stuff from February 13 to 18 at the Khalifa International Tennis & Squash Complex in Doha.

The array of amazons for this year’s tournament include world No. 1 Angelique Kerber of Germany who will be joined by the likes of Agnieszka Radwanska, the world No. 3, No. 5-ranked Dominika Cibulkova, No. 6 Karolina Pliskova, Spain’s Garbine Muguruza, the world No. 7 as well as Svetlana Kuznetsova and Johanna Konta among others for the $776,000 total prize money event.

The defending champion Carla Suárez Navarro of Spain is also set for her title defense in Doha and she will be hoping to join the likes of Maria Sharapova, Anastasia Myskina and Victoria Azarenka as the only two-time winners of the top-notch tournament.

In all, 32 players will compete in the singles while 16 pairs will be showcasing their skills in the doubles of the six-day tournament.

Saad al Mohannadi, Tournament Director stated “It’s a great privilege to host these bevy of stars once again in Doha. Qatar has become a home for tennis and we are ready as usual to showcase the best the game can offer. All hands are on the deck to ensure a very successful tournament and it is our belief that this year’s event will be greater than all the previous in all ramifications.”