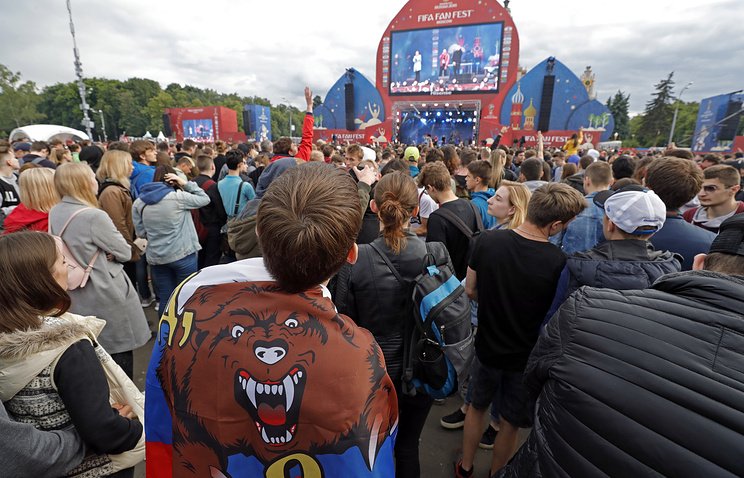 About 25,000 people visited Moscow’s FIFA Fan Fest on its opening day, FIFA said in a press release on Monday.

On Sunday, the Fan Fest opened doors outside the main building of Moscow State University on Vorobyevy Gory (Sparrow Hills) in the Russian capital.

Fan fest areas will be open in all the host cities during the tournament. They will entertain the visitors with live coverage of the games and, on top of that, with expansive entertainment programs and shows.

The 2018 FIFA World Cup kicks off on Thursday with the opening match in the Russian capital of Moscow between hosts Russia and the national team from Saudi Arabia.

Russia selected 11 host cities to be the venues for the matches of the 2018 World Cup and they are Moscow, St. Petersburg, Sochi, Kazan, Saransk, Kaliningrad, Volgograd, Rostov-on-Don, Nizhny Novgorod, Yekaterinburg and Samara. The matches will be played from June 14 through to July 15. Two stadiums in Moscow – Luzhniki and Spartak – will host some of them.