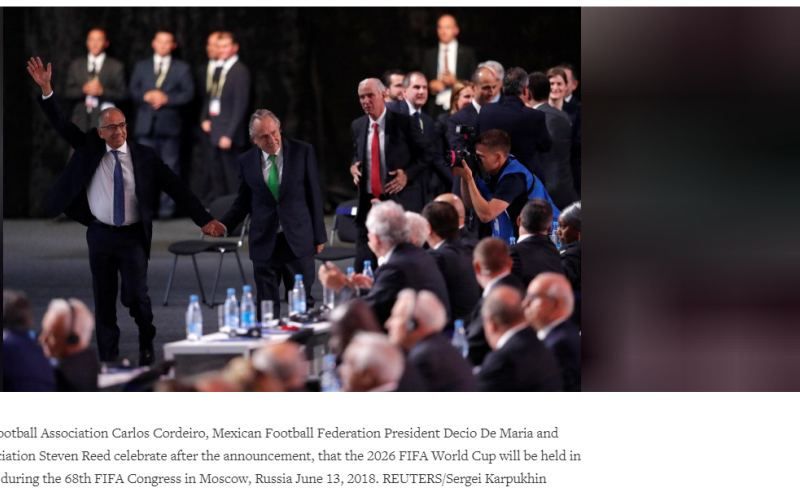 The leaders of Mexico and Canada gleefully cheered winning the right to host the 2026 World Cup jointly with the United States on Wednesday, emphasizing unity at a time when U.S. President Donald Trump has frayed relations with the two neighbors during his 18 months in office.

Trump, who as part of a tougher U.S. immigration policy has called for a wall to be built on the country’s southern border and paid for by Mexico, just days ago personally insulted Canadian Prime Minister Justin Trudeau over a trade dispute.

U.S. Soccer Federation President Carlos Cordeiro suggested to reporters on a conference call that bringing the three countries together was more of a challenge than any Trump effect.

“If you stop and appreciate for a second just the vast number of assurances, guarantees that we had to get from all three governments working together, that is a massive undertaking for one nation, let alone three nations,” Cordeiro said after the vote by the Congress of world soccer’s governing body FIFA in Moscow, where the 2018 World Cup kicks off on Thursday.