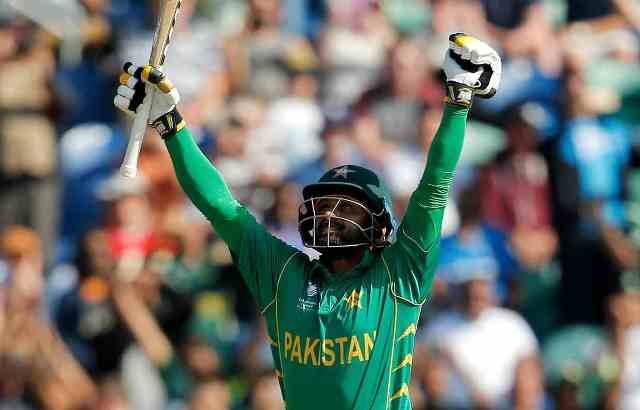 England’s Champions Trophy hopes were ended by an eight-wicket semi-final thrashing at the hands of Pakistan in Cardiff.

England struggled on a slow pitch against some brilliant Pakistan bowling and fielding, mustering only 211.

Fakhar Zaman’s 57 launched Pakistan’s chase, while Azhar Ali made 76 as victory was sealed with 12.5 overs to spare.

Pakistan will play India or Bangladesh in Sunday’s final at The Oval.

England move on to a Twenty20 series against South Africa next week, but the disappointment of this defeat could linger for some time.

Eoin Morgan’s men were favourites to win the tournament, but were comprehensively outplayed in the Welsh sunshine in front of a crowd full of noisy and energetic Pakistan supporters.

While England eased to the semis through some wonderful all-round displays, Pakistan had to recover from an opening-game hammering by India and only scraped into the last four with a thrilling defeat of Sri Lanka on Monday.

However, it was Pakistan who better adjusted to the used, worn surface, stifling England’s much-vaunted batting line-up. The hosts could manage only seven fours in their final 30 overs and not a single six throughout.

In contrast, Pakistan plundered runs freely against an attack that offered too many opportunities to score. England may point to conditions that did not suit them, but the margin of the defeat shows that is no excuse.

This was an outstanding opportunity for England to win their first global 50-over trophy, ended by the team that beat them in 1992 World Cup final.

Midway through the England innings, the game was delicately poised. The hosts had reached 118-2 with Morgan and Test captain Joe Root at the crease.

From there, though, Pakistan were imperious. Led by pace bowler Hasan Ali, who took 3-35, and backed up by some tigerish fielding that improved after Jonny Bairstow (43) was dropped twice, Sarfraz Ahmed’s team squeezed the host nation.

Root was caught behind off 18-year-old leg-spinner Shadab Khan for a busy 46 and Morgan played a loose waft to edge Hasan and depart for 33.

It began a regular fall of wickets around Ben Stokes, who failed to find the boundary in a 64-ball 34.

Moeen Ali was brilliantly caught at deep square leg by Fakhar, Adil Rashid was run out by sub fielder Ahmed Shehzad’s direct hit and, when Mark Wood was run out attempting a single to wicketkeeper Sarfraz, it completed a collapse of eight wickets for 83 runs.

England smashed out of Cardiff

England’s hopes rested on taking early wickets, but they were punctured by the strokeplay of Fakhar, who threw everything at the new ball.

Facing a barrage of short deliveries, left-hander Fakhar was hit on the head by Wood, but also caused chaos with pulls to the boundary and a top edge over wicketkeeper Jos Buttler’s head for six.

He shared 118 with Azhar before being stumped off Rashid, leaving Azhar to snuff out any hopes of an England revival in a stand of 55 with Babar Azam.

Although Azhar was bowled by Jake Ball, Babar and Mohammad Hafeez accelerated towards the finish line. England were well beaten long before Hafeez pulled Stokes for the winning boundary.