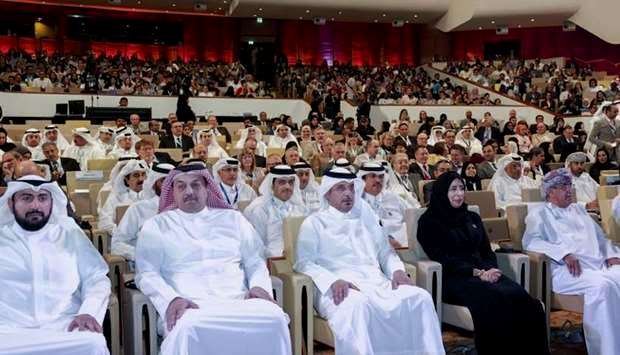 Sheikh Abdullah bin Nasser AlThani, Prime Minister & Interior Minister of Qatar launched 2018-2022 National Health Strategy carrying it’s theme as  ‘Our Health, Our Future’. It was launched at Qatar National Convention Centre on Saturday. The event was held at the opening ceremony for the 2018 Middle East Forum on Quality and Safety in Healthcare.

Under new strategy, 19 targets on national level are pointed out, progress on which will be measured regularly. Among the national targets include increasing of physical activity among adolescents, implementing of wellness programs at workplace and improving access to mental health services.

It also reflects a global shift in thinking by focusing on seven priority population groups. It aims to shape services around people, patients and their families and change the way the health system works, moving from focusing on treating the symptoms of disease to helping people stay healthy.

Dr. Hanan Mohamed Al-Kuwarial stressed on importance of  better health living as she said on the occasion ‘ ‘Our ambition for the next stage in our journey is to make sure that all the population living in Qatar enjoys better health. This would be by further improving the healthcare system capacity and performance, a renewed effort on health promotion and diseases prevention and an efficient use of the available resources, ‘ she added..

The Minister said that Qatar’s health system made enormous progress under the National Health Strategy 2011-2016. Qatar has significant achievements in healthcare as Qatar ranked 13th in world’s healthcare systems and first in the Middle East by the Legatum Institute in its Annual Global Prosperity Index and is credited towards the wise leadership of country, she said.

She told that new strategy will build upon the momentum to define a new path forward, inspired by the Qatar National Vision 2030.

Dr Mariam AbdulMalik, Managing Director, Primary Health Care Corporation said ‘A key pillar of the National Health Strategy 2018-2022 is the shift from focusing on diseases to enhancing preventative health services. As the first point of contact for most patients in Qatar’s health system, primary care has a central role to play in realising this ambition’, she said.