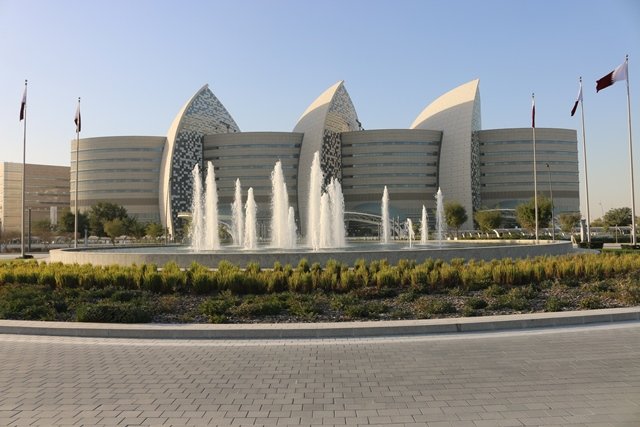 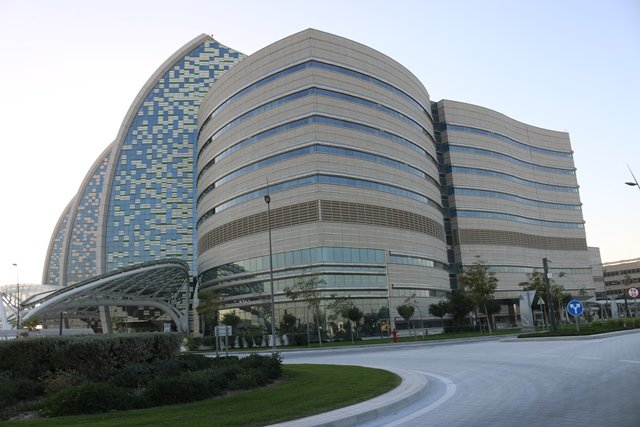 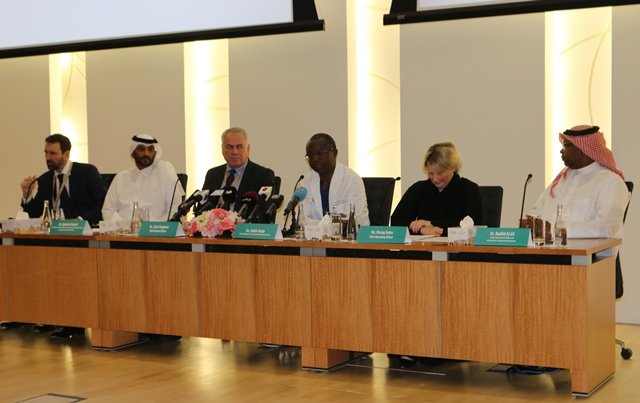 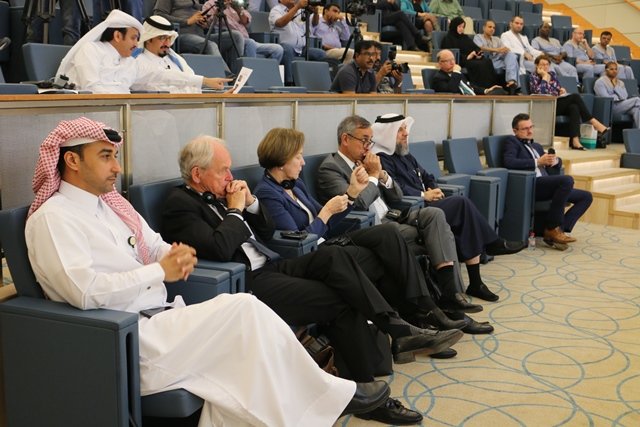 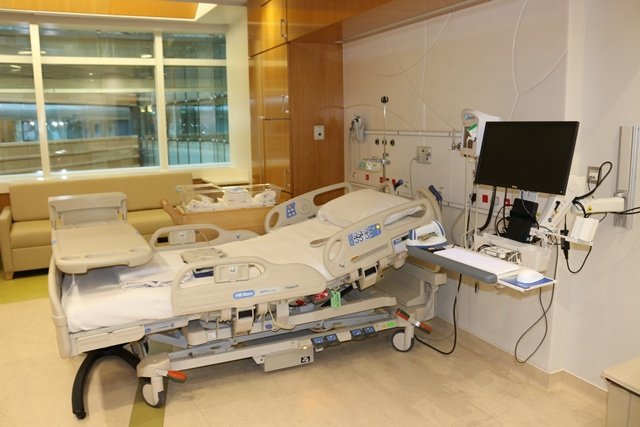 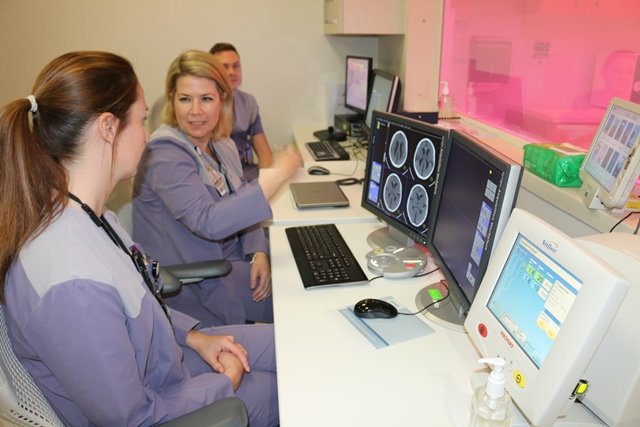 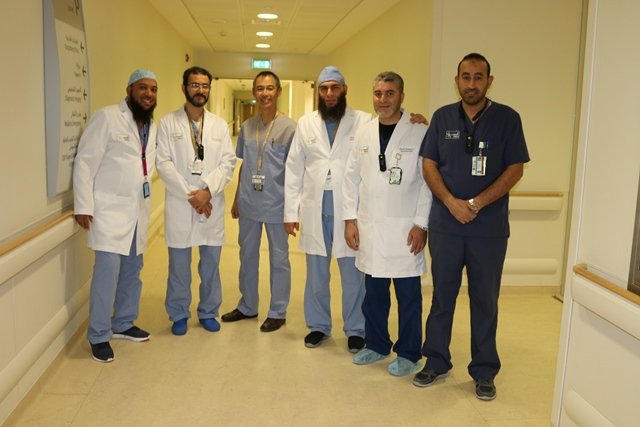 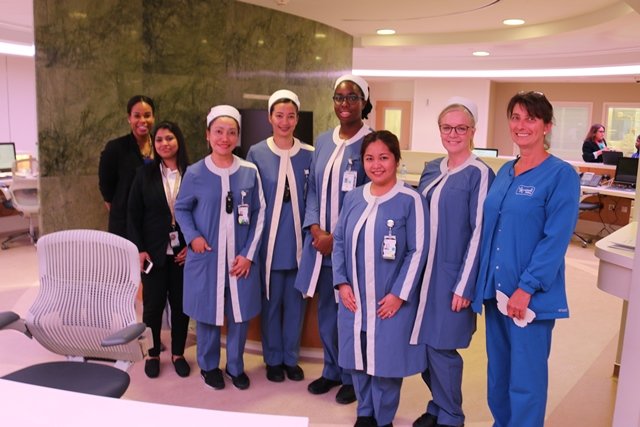 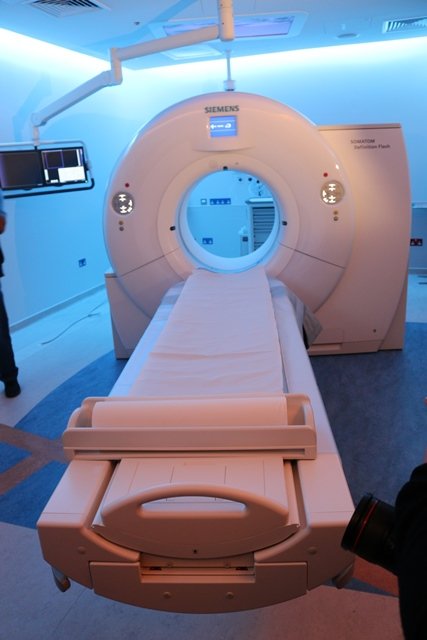 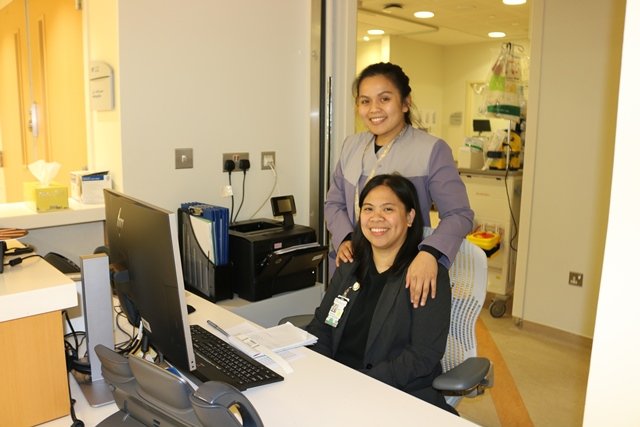 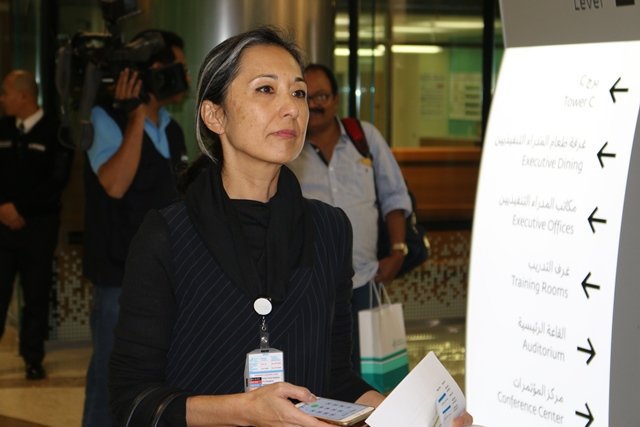 ‘Maryam’, born to a Qatari family is first female child taken birth at the World class state of the art Sidra Medical Hospital. ‘Both the mother and the child are in best of health’ announced by Dr Justin Konje, Head of Women’s Services Clinical Management Group, Sidra Medicine Hospital.

He said that this is first time in the history of Qatar that father of the new born child was witnessing the birth in the operation theatre’. He also announced that father will be allowed to stay during delivery in Sidra Medicine.

On a question  by www.asiantelegraphqatar.com, one of the members of the team during delivery of the first baby told that they had arranged a supporting staff in case father gets faint watching his wife in pains, however, he was a strong nerves person, he told.

There were in total ten child patients at the hospital including the new born on the opening day, Dr. David Sigalet, Head of Department of Surgery told.

400 beds Sidra Medicine hospital, a unique healthcare facility worldwide is having four blocks namely A & B allocated for women healthcare and Blocks C & D exclusively for children.
Sidra Medicine will be handling around 7,500 deliveries a year once start operating in full swing. Presently there are 22,000 deliveries a year taking place in Qatar. Out which alone Hamad Medical Corporation is handling 17,000 and remaining 5,000 deliveries in private hospitals. However, by the end of the year, HMC load will be reduced to around 9,000 deliveries annually.
Sidra Medicine will be handling those patients only coming on referrals from Hamad Medical Corporation and later from March 2018, referrals from private hospitals will also be entertained.
Prof. Lord Darzi of Denham, Vice Chairman, Board of Governors at Sidra Medicine in his opening speech lauded Sheikha Moza Bint Nasser, Chairman of the Board of Directors, Sidra Medicine as the driving force behind building world class healthcare and research infrastructure in Qatar for women and children.
He said ‘ It is a memorable day for me personally and for all others at the hospital. I have worked at hospitals in the UK and across the globe. But I never had the opportunity to be part of the opening of such a unique healthcare facility which Qatar is and will be very proud of.”
Peter Morris, CEO of Sidra Medicine said in his address on the occasion of opening ceremony of the hospital that ‘Sidra Medicine offers specialised treatment for the citizens and residents of Qatar. It will help them avoid
the trouble of travelling abroad as well as spending large amounts of money for treatment. We will be able to use the facilities in the hospital to attract more patients from outside Qatar standing in the world as a beacon of excellence in healthcare. The safety and comfort of our patients is of utmost importance and we look forward to welcoming them,” he told.
He said that Sidra Medicine will open its Emergency Department by the middle of this year. It will also accept regional and international referrals for women, young people and children who need its specialist expertise.
Sidra Medicine will become an international beacon of best healthcare practice and high quality, academically  driven patient care, Prof. Lord Darzi of Denham said.
“Sidra Medicine is a first-of-its-kind facility in the Middle East and will become a resource for the entire Gulf region in terms of specialty care for women and children supported by an impressive research infrastructure that will help lead the way in personalised medicine”.
Sidra Medicine is supported by research aimed at advancing the understanding of the epidemiology and
mechanisms of diseases for the people of Qatar. It will help develop personalised, preventative, diagnostic and therapeutic tools and improve the health outcomes of the women, young people and children of Qatar, the officials said.
They said that the hospital has adopted breakthrough technologies to enhance the patient experience and highlighted the highest standards of care and patient safety.
The high-tech devices at Sidra Medicine include palm vein recognition technology, a biometric technology that identifies patients by capturing their vein pattern and which connects with patients’ individual medical records automatically, and a 3D printer which provides models of a patient’s organs such as the heart or the brain to help
with treatment planning.
Sidra Medicine Hospital houses in it’s basement 24 hours state of the art Cafeteria which presently can serve over 900 visitors at a time and according to sources, the management plans to facilitate for 2,000 visitors at a time by end of the year. Self-service cafeteria serves local, int’l, Italian, etc. dishes from exclusive serving counters.
January 14, 2018 / Health

Doha, 25 June 2022 THE Embassy of Nepal and the Non-Resident ...
END_OF_DOCUMENT_TOKEN_TO_BE_REPLACED