Delhi World’s Most Polluted City, Mumbai Worse than Beijing: WHO 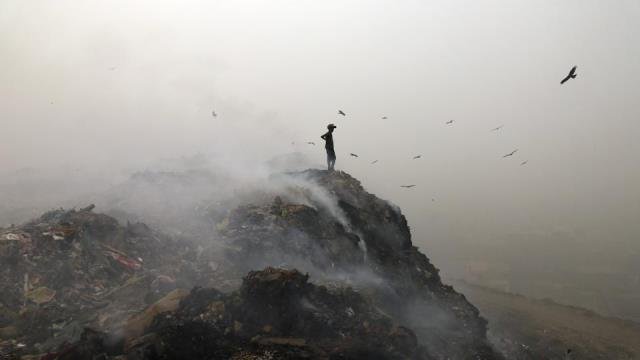 The Indian capital has once again been found to be the world’s most polluted city and Mumbai is fourth, according to air quality data compiled by the World Health Organisation (WHO) for mega-cities with a population of 14 million or more. Greater Cairo in Egypt is the second most polluted city, followed by the Bangladesh capital, Dhaka. Beijing ranks fifth.

India also suffers under the weight of the dual burden of ambient and indoor air pollution. The analysis shows many smaller towns and cities in India also report pollution levels comparable to Delhi; the sheer population of Delhi, home to over 17 million people, compounds the health impact of air pollution.

Delhi consistently features in the list of most polluted cities globally and mitigation measures have tended to focus on the capital although other, smaller cities too confront toxic levels of pollution. The government and judiciary have proactively led the battle against pollution. India is to switch to Bharat Stage VI vehicle emission norms in April 2020 , skipping an intermediate stage.

Although the environment ministry released its much-awaited draft National Clean Air Programme (NCAP) to tackle air pollution across the country in April and opened it up for public feedback until May 17, it has contested the count of air pollution deaths in India by global agencies, noting that they are based on estimations and not on primary data from the country.

“Health impact assessment is an action point under the NCAP,” Prashant Gargava, head of the air quality division at the Central Pollution Control Board, said.”We are starting a 20-city study on the health effects of air pollution.”

Activists have slammed the NCAP programme as toothless. “When it is convenient for them, they refer to international studies, when it comes to health impact, they still deny them,” said Sunil Dahiya,an anti- air pollution activist from Greenpeace India. “The Chinese cities are showing air quality improvement over past years and that is because of the time-bound and sectorial target adapted there which seems to be missing from Indian version of the concept note on NCAP aimed at improving air quality,” he said.

An important feature of the draft NCAP is formulation of air pollution action plans for 100 Indian cities that consistently flout pollution standards that are to be implemented by states. Representatives from state pollution control boards have raised concerns about the absence of specific targets and time frames, lack of reliable data and adequate funds to implement the plan.