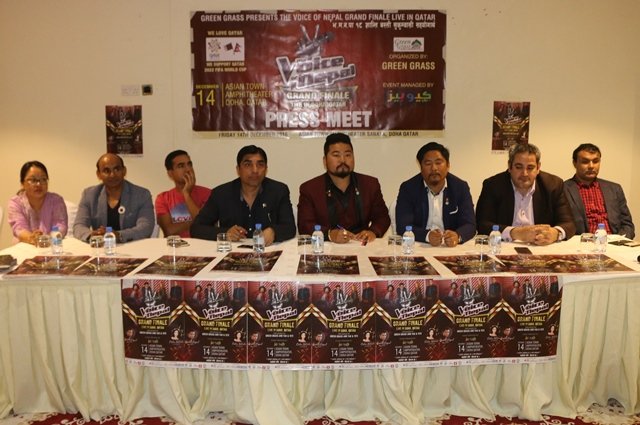 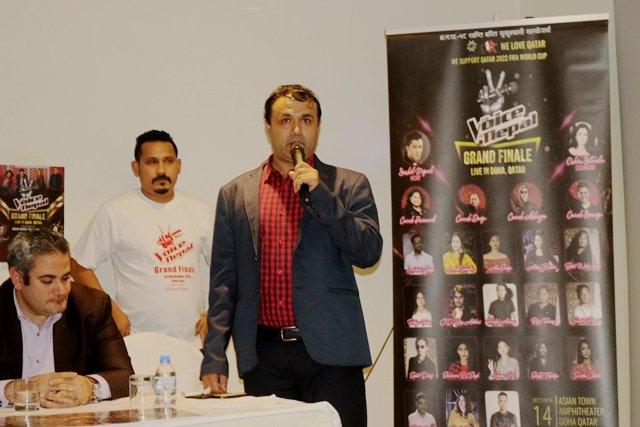 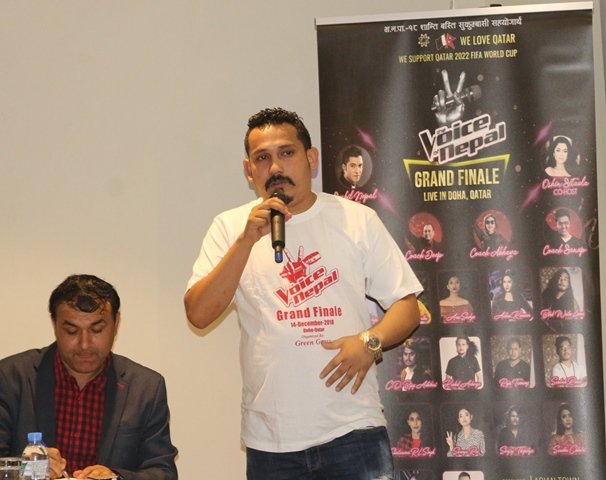 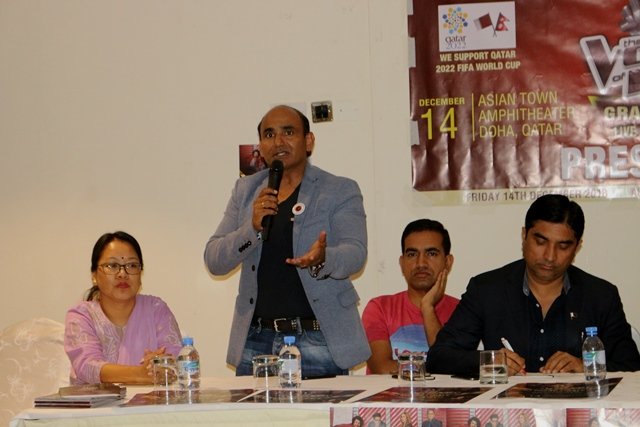 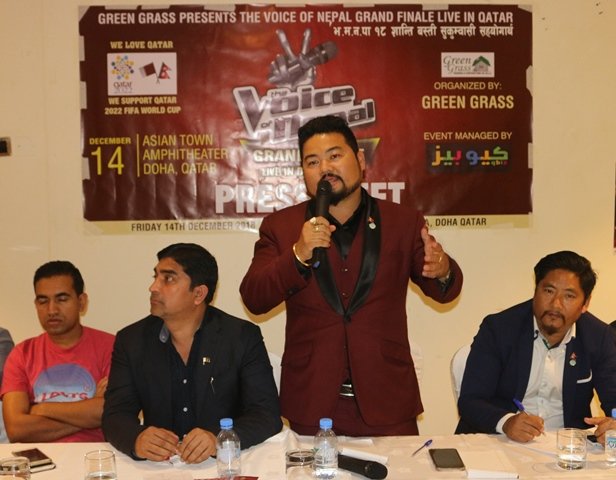 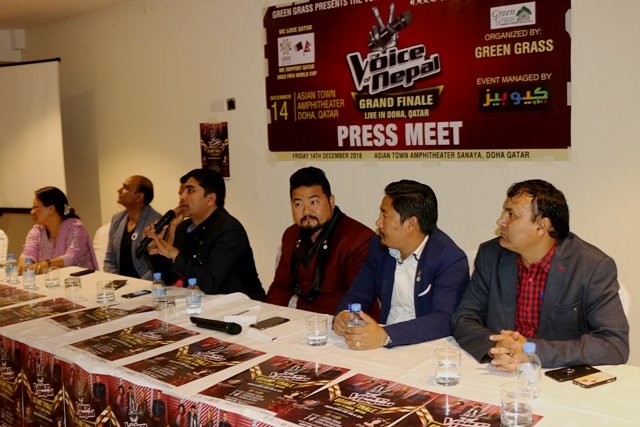 International fame Nepali singing reality show ‘Voice of Nepal Grand finale’ will be held in Doha at 0500 PM in Amphitheater, Asian Town on 14th of December 2018, it was announced at a press conference by Probin Gurung, Doha based Nepali businessman and Chief Organisor of the mega event.
Present on the dias with him were Nepali community leaders and organizing team members namely, Ms. Sarita Gurung, Narendra Bhat, Krishna Thapaliya, Sagar Naepal, Manoj Gorkhali, Chanak Pokhrel and Kareem BakshMsra, Probin Gurung told that around 120 guests including two leading national singers from various sectors in Nepal will be attending the grand finale and award night. He said that two singers from four different categories will be contesting in Doha in presence of almost 20,000 audience for the top position.
Around ten million Nepali rupees (QAR 320,000 appx) is cash prize and a number of prestigious gifts including new model car are among the precious gifts. Live show from Doha will be transmitted directly by Kathmandu based Kanti Pur TV Channel and covered by various print media in Qatar and Nepal, Gurung said.
Sagar Nepal, a prominent community leader and a businessman said that there were four stations under consideration including Hong Kong, London and Tokyo under discussion to hold mega finale and we the Nepali community in Qatar are grateful to the organisors on choosing Doha. There were many reasons convincing to bring this event to Doha, First of all Nepali community in Qatar is second largest community in Qatar, secondly, Qatar is one of the most secure and safe country in the world for the large expatriate working force and the tourists, Thirdly, we the Nepali community living in Qatar want to send message across that we stand with great leadership of Qatar and it’s people.in their all circumstances.
He said, moreover, we the Nepalis in Qatar feel honoured to be the part of mega projects of FIFA World Cup 2022 Qatar. It will be a great opportunity for us and the blue color class, for every one in Qatar to meet their dreams watching FIFA World Cup in person, for which we pay our thanks to the exemplary leadership of State of Qatar for bringing World Cup 2022 matches in home.
Hani Ghanem, General Manager, Hotel Best Westin paid his thanks to the event organiosrs for choosing the hotel for stay for their large number of delegates. Nepali community leaders Chanak Pokhrel and Narendra Bhat thanked the organisors for arranging the event in Doha and assured of their full support making the grand event of Voice of Nepal Finale a great success.
Entry in Amphitheatre Asian Town is strictly with tickets. Tickets are available in Grand Mall Asian Town, Safari Mall and all Nepali restaurants in Doha. Tickets Value QAR 50, 75, 100, 150, 200 and 500.  According to the organisors Gates will open at 0100 PM and event to start at 0500 PM.
December 9, 2018 / Entertainment/Tourism