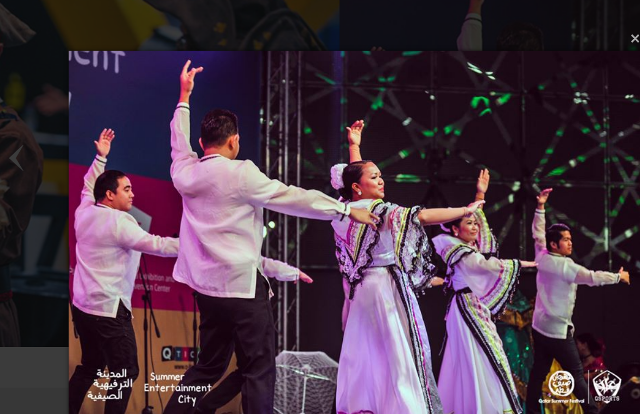 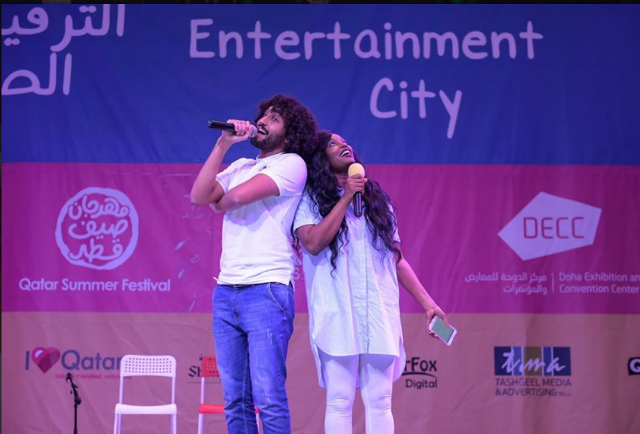 Qatar Summer Festival which kicked off during Eid Al Fitr and scheduled to run till end of August, achieved most of its goals of supporting internal tourism, encouraging the Qatari private sector and supporting different tourism sector partners through stimulating retail sales and purchasing, increasing hotel occupancy rates and restaurant reservations.

In an interview with Qatar News Agency (QNA) Head of the festival at Qatar Tourism Authority (QTA) Raya Al Mughaiseb said the festival aims to diversify the tourism products, support entrepreneurs and revitalize the retail and hospitality sectors by stimulating domestic tourism in the country. She confirmed that the festival is developing year after year and is consolidating its position as one of the most prominent festival in Qatar as it is the longest by running from Eid Al Fitr until Eid Al Adha.

She added this year, the festival is offering a number of events and new products which continues to attract the wide audience of Qatar and its visitors. She said the events registered a great number of attendance be it in Summer Entertainment City in Doha Exhibition and Conference Center or the Qatar Fan Zone at Ali bin Hamad Al Attiyah Arena in Al Sadd club. In addition to other factors of the festival which includes entertainment concerts held during Eid Al-Fitr in malls participating in the festival.

On the success of the festival to meet the requirements of family members and revitalizing the internal tourism during the summer, she said the festival has become the highlight of family entertainment in Qatar during the summer, thanks to the development of the festival’s tools and continuous promotions. She added that the mobile application enable the audience to follow all different entertainment events, in addition to the promotions and discounts offered by the festival partners including malls, hotels and restaurants.

She said the festival which falls during the FIFA World Cup 2018, saw a special celebration for the passion of football through distributing fan zones in more than 25 different locations such as Hamad International Airport, Entertainment City and Ali bin Hamad Al Attiyah Arena, which is one of the most important events for the festival this year. Since the start of the world cup this year the fan zones welcomed more than 62,000 visitors and is preparing to welcome a larger number with the final stages beginning. This registers a successful cooperation between QTA, Supreme Committee for Delivery and Legacy (SC) and Ministry of Culture and Sports.

She added that Qatar Fan Zone at Ali bin Hamad Al Attiyah Arena in Al Sadd club is a popular destination for both football lovers and families due to the entertainment that caters to all members of the family. The fan zone includes two areas one of which holds a large screen to live broadcast the matches and a large stage for concerts by Arab stars and live entertainment. The second area also includes a large screen to live broadcast matches, a playstation area, virtual reality games and other games related to football. Both areas also include food and beverages offered by nearly 40 outlets operating on match day.

Raya AlMughaiseb added that many entities have participated in the success of the festival including a number of hotels which provided other aspects of comprehensive family entertainment, as well as the fan zone area in the entertainment city in Doha Exhibition and Conference Center (DECC), all of which fall under Qatar Summer Festival.

She said the entertainment city in DECC continues to attract a large number visitors thanks to the games and diverse entertainment it provides. The city is able to add joy to the summer season in the country as it has welcomed more than 40,000 visitors since its started in Eid Al-Fitr.

She added that the entertainment city, which is spread over an area of 29,000 meter squared is one of the most prominent activities of the summer festival. She said QSports which is the organizer of the event was able to develop the games, technology and activities in the city, which meets the aspirations of all the visitors of all ages, with more than 75 gaming experiences and 40 food outlets under one roof.

The Summer Entertainment Citys key features include the worlds largest bouncy castle, a synthetic ice skating rink, an extensive virtual reality (VR) setup with more than 15 VR games as well as live entertainment shows. A driving school for children is also available with a complete circuit, cars and driving teachers. For those who feel they want to slow down to break away from all the excitement, an 18-hole mini-golf course is also in place.

Another new feature is the Summer Shopping Souq featuring 140 stalls from Qatar and other countries such as Kuwait, Oman, Iran, Turkey and Lebanon. They are offering a wide range of products from household items, toys, gadgets and electronics, to perfumes, cosmetics, clothes and accessories. The shops variety of goods are meant to appeal to all tastes and the price ranges mean shoppers of all budgets will find something to buy.

AlMughaiseb said the authority was keen to spread the feeling of joy during Eid Al-Fitr where performances and shows were organized in 10 malls including Khor Mall, Mirqab Mall, Bsquare Mall, Doha Festival City, Dar Al Salam Mall, Gulf Mall, Mall of Qatar, Lagoona Mall, Landmark Mall and Hyatt Plaza. In addition to providing discounts and offers in 50 four and five star hotels, as well as dozens of restaurants and cafes, which can be found on the mobile application. (