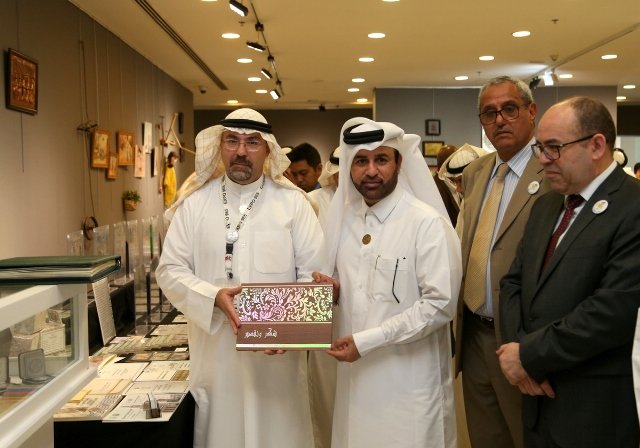 The Kuwaiti-Qatari Relations Exhibition opened in the Cultural Village Foundation-Katara on Wednesday in the presence of a number of ambassadors accredited to the State, large number of guests and visitors.

The Kuwaiti-Qatari Relations Exhibition is organized by Katara in cooperation with Kuwait’s 965 Expo Group for Heritage and Handicraft Exhibitions, in the framework of the cultural cooperation between Qatar and Kuwait.

The exhibition includes a large collection of valuable and rare heritage and art collections for a group of Kuwaiti researchers and craftsmen who have been joined by the love of heritage and art in all its forms. The exhibition will continue until July 8, and is open to visitors in Building 18 from 9:00 am to 12:00 pm, and from 4:00 pm to 9:00 pm.

Dr. Khalid bin Ibrahim Al Sulaiti, Director General Katara said on the occasion that the exhibition, which is being held for the first time in Katara, is the result of a long-term cultural cooperation with the Kuwaiti brothers.

Dr. Al Sulaiti noted that the support of Katara for such events and art exhibitions is part of its efforts to promote heritage, enrich the cultural scene and promote cultural cooperation between the two countries to the highest levels, in addition to the exchange of experiences and common interests with Qatari creators. He invited the public to visit the exhibition and identify its rich and distinctive collections.

He noted that the exhibition was called the “Kuwaiti-Qatari Relations Exhibition” because it contains many holdings and commercial documents relating to the relations between the two countries, including the book of the founder of Qatar which dates back to 1905 and is one of the most rare books, in addition to a large collection of books and magazines.

He said that the exhibition also includes an archive of Kuwaiti and Gulf documents, some of which date back to about 200 years, as well as a collection of rare paper and notebook passports from 1887, Islamic collections, gold and silver coins and rare swords of about 700 years and many others.

He explained that the 130 members of 965 Expo Group are specialized in more than 40 fields of heritage, craftsmanship and creativity, including collectors of documents and collectibles, researchers in heritage and folk proverbs and dialects of Kuwait, makers of bird hunting tools, the ancient Kuwaiti toy makers, as well as private museum owners, collectors of metal and commemorative coins and old books, magazines and rare newspapers.

He thanked the Cultural Village Foundation-Katara for the big support provided for the exhibition, praising its great interest in heritage and arts.