Nepal to Send Two Pairs of Rhinos to China as Gift 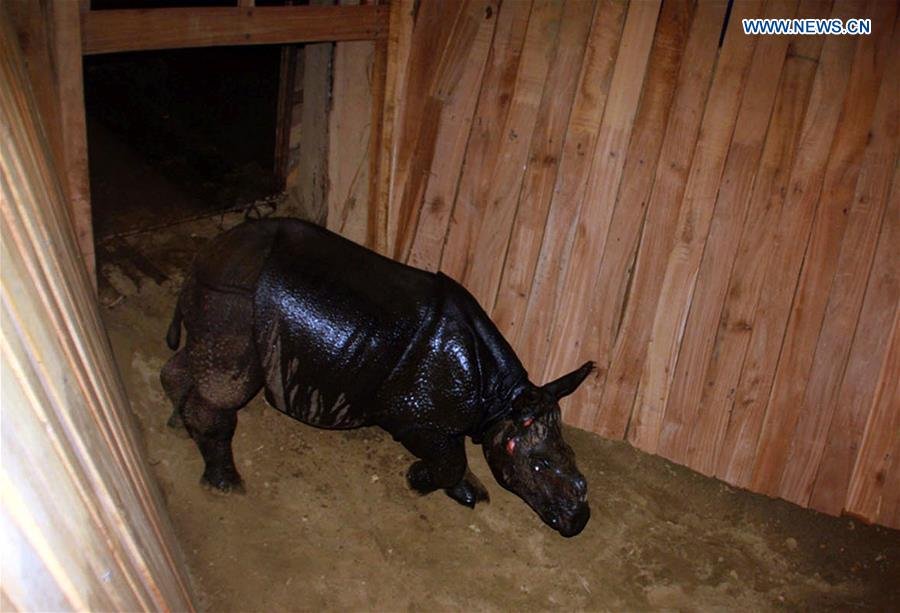 The Nepali government is preparing two pairs of rhinos to give to China as gifts, authorities confirmed here last Saturday.

A team of around 50 people including officials from national park, technical experts, veterinary doctors, Nepal army officials captured a one-horned rhino from the Chitwan National Park(CNP) on Saturday.

“A male rhino of around two years old has been captured from the western sector of the park on Saturday evening. It has been kept in a special enclosure within the park premise,” Nurendra Aryal, Information Officer and Assistant Conservation Officer at CNP, told Xinhua.

This is the first rhino among two pairs, which will be gifted to China by the Nepali government within few months. The decision to provide two pairs of endangered rhinos as gifts to China was made by Nepal’s KP Sharma Oli government in 2016.

“The search operation will continue for few days to capture other rhinos,” Aryal added.

Nepal has constructed a special enclosure called “boma” within the park premise where the captured rhinos will be kept for observation and to help those mammals to get accustomed to enclosure.

As per the agreement, Nepal will dispatch two pairs of rhinos below four years old including both male and female to China. The rhinos will be sent to the national parks in Guangzhou and Shanghai.