Korean Films Festival Takes Off In Doha, Two Shows A Day till 29 March 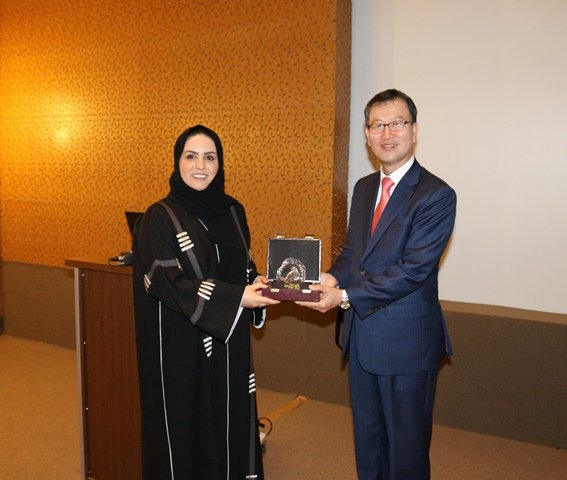 ‘Four family films are selected with the coordination of HBKU depicting family values, humanism and perseverance’ said by Heung-kyeong PARK, South Korean Envoy to State of Qatar. He was addressing at the Hamad bin Khalifa University Students Center on the launching ceremony of Korean Films Festival.

First film screened today at 0100 PM was ‘Forever the Moment’ ‘ is is a fictionalized account of the Korean Women’s handball team which competed in the 2004 Athens Summer Olympics. It may be called underdog film about underdogs portraying conflicts in women’s lives, their personal struggles and triumphs. The following three films also provide different features of Korean lives and experiences, said ambassador Park.

He said that Korean drama, films and K-pops have gained popularity in many countries across the world since the 1990s. The then Korean government allowed the creation of 300 cultural industry departments in Korean colleges and universities, while it lifted many restrictions on cultural imports from foreign countries.’

Ambassador Park said ‘In my view, the external opening and internal human resource development has brought about Korean wave in cultural area. Likewise, I hope this Korean Film Festival will provide a better understanding about Korean culture in Qatar and extend the continuing Korea-Qatar cultural exchanges.’

He thanked and paid his gratitude to Hamad Bin Khalifa University and Korea Foundation for their support to make this Korean Film Festival successful.

‘Welcome To Dongmakgol’ will be screened on Monday 27 March at 0100 PM & 0400 PM, ‘How To Steel a Dog’ on Tuesday, 28th March and ‘Born To Sing’ on Wednesday, 29th March 2017 in the auditorium of Students Center, Hamad bin Khalifa University, Qatar Foundation.

A memento was presented by HBKU to ambassador Heung-kyeong PARK on the occasion.

All are welcomed to watch the Korean movies on first come first basis without entry ticket.