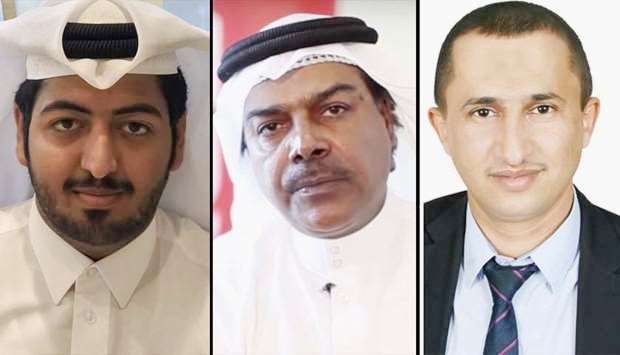 A special delegation from the Community College of Qatar (CCQ) is currently participating in the 2018-2019 Huawei ICT Competition Finals being held in Shenzhen, China. The internationally-coordinated competition aims to identify promising talents and support future ICT leaders in their countries, toward building a strong digital ecosystem that can intelligently power 21st century communities.

CCQ’s participation in the coveted competition comes after student of the IT degree program at the College Yousif Hassan Al Haddad became one of three finalists to qualify for the finals in China, beating more than a hundred students participating from local colleges and universities, to the final stages. This marks the second consecutive year that the College makes it to the finals in China, with student Fatima Al Zahraa Harem representing CCQ in last year’s competition.

This year, CCQ will be competing against national winners from the nine other participating countries through an intensive practical application and technology knowledge program, for a package of valuable rewards that includes $30,000 in cash. During their visit, the delegation will also have the opportunity to visit Huawei’s Headquarters and network with global thought leaders and ICT industry experts.

Commenting on qualifying for the China Finals, CCQ Student Yousif Hassan Al Haddad said: “I’m quite honored to be carrying the name of our beloved Qatar to Huawei’s premier ICT competition, and to be representing the Community College in such a sought-after event. As students of IT, our participation in such challenges and contests is an advanced step forward that builds on the knowledge and skills we’ve gained throughout our studies at the College and further bridges the gap between the classroom and the workforce. Under the guidance of my professors and mentors, I’m confident that we will be representing our country well in the China finals”.

In his remarks on the College’s participation in the prized competition for the second year, Chair of Information Technology Program Dr. Mohammed Al Dorani said: “It brings us utmost pride to be participating in the finals of this highly regarded competition in China for two years in a row, which reflects the fine caliber of CCQ’s academic programs, faculty members, and students, as well as the unique competencies that our degree programs in Information Technology can provide the Qatari community with, which include the only BS degree programs in Cybersecurity, and in Network & System Administration available in Qatar”.

Echoing Dr. AlDorani’s remarks, Information Technology Professor and the Supervisor of the Students Participating in the Competition, Dr. Abdullah Al Ghushami said: “The main objective of CCQ’s degree programs in IT is to offer the nation a constant stream of highly qualified IT and Cybersecurity professionals who not only help build its critical ICT infrastructure, but secure and protect it as well, especially in light of the increasing security threats we are witnessing across the globe. We are extremely proud of our student Yousif and wish him the best of luck in the competition finals.”

In 2017, Huawei launched the ICT Skill Competition in the Middle East to explore and nurture new talents in collaboration with government authorities, colleges, and universities in the region. The first edition of the competition witnessed the registration of 10,285 students representing 121 universities from 10 countries.

It is worth mentioning that Yousif and Fatima are two of more than 200 students enrolled in the College’s IT degree programs to date, which are designed to develop and empower the nation’s youth, particularly in an area considered crucial to the success of Qatar’s National Vision. Through a two-year Associate degree and two BS concentrations in Network Administration and Cyber security, the programs provide students with the latest knowledge and practical skills in information technology to support the IT needs of all organizations in the State.