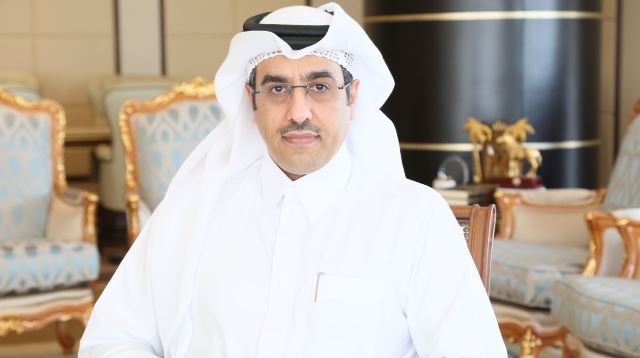 The plans of the siege countries, including military threats and attempt to overthrow the regime in Qatar, reflect deliberate intentions to attack Qatar, and a threat to international peace and security, the National Human Rights Committee (NHRC) Chairman Dr Ali bin Smaikh Al-Marri said.

Addressing a meeting with representatives of international media at the Press Club in Madrid, Spain, he observed that if the siege countries’ plans had gone through, it would have exacerbated human tragedies and serious violations of international humanitarian law.

“In NHRC, we see that there are many options that the State of Qatar can take, such as resorting to the UN General Assembly and getting the International Court of Justice’s opinion on the illegality of the siege in addition to resorting to the Security Council, in the background of the threat to international peace and security in the region and the world at large, in parallel with the insistence on prolonging the siege and its serious humanitarian consequences,” Dr Al-Marri stated.

The NHRC Chairman stressed that the four blockading countries have taken arbitrary and unilateral actions and decisions that affect human rights. He addressed the serious repercussions of the siege, stressing that what Qatar is going through is an unjust siege that goes beyond severing diplomatic relations.

“All these entities agreed to call upon the siege countries to reconsider their decisions and expressed their strong condemnation and rejection of the use of civilians and their involvement in political differences,” he stressed.
Dr al-Marri pointed that the siege countries had not responded to international and human rights appeals to stop violations, but had been waging a campaign of defamation against human rights organisations, that reached even the Office of the United Nations High Commissioner for Human Rights.

“The NHRC has received more than 4,000 complaints since June, 5 from those affected by the siege, which had impact on more than 13,000 Gulf citizens residing in Qatar. It also documented thousands of humanitarian cases of Qataris and GCC citizens and residents, whose basic human rights such as the right to family reunification, the right to work, the right to freedom of opinion and expression, education, treatment, mobility, property and the exercise of religious rites have been violated.

Dr al-Marri touched on the suffering of many Gulf citizens who have been imprisoned over charges of sympathy with Qatar, which prompted many citizens of the siege countries to file complaints against the violations they have suffered.

The NHRC chief pointed out that there is a body for the settlement of disputes in the GCC and wondered why it is not used to resolve the crisis. He pointed out that the NHRC has contacted all regional human rights mechanisms, including the Arab Parliament, and received no response from those organisations.

“The siege has had severe effects, directly on the citizens and residents of Qatar, and although the measures taken against the Qatari government have been overcome, thanks to the available alternatives, the humanitarian side remains the most affected by the siege.

Dr Al-Marri also gave a lecture at a seminar hosted by the “Arab House” in the Spanish capital, on “The role of the National Human Rights Committee in the promotion and protection of human rights” as an independent non-governmental institution which made several recommendations that contributed to the reform of the country’s legal and legislative system for the development of human rights, including the rights of migrant workers and other social groups.