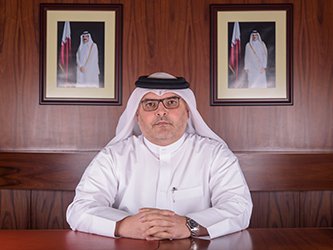 Saad bin Ahmed Al Mohannadi, President of Ashghal said on Wednesday that a total of QR21.8 billion were allocated for the authority’s projects in 2018.

He added a total of QR11.08 billion were allocated for establishing highways, QR8.88 billion for infrastructure and road, as well as QR1.84 billion for sewer pumping stations.

In a statement made on the occasion of the visit of  QatarPrime Minister and Minister of Interior, Sheikh Abdullah bin Nasser bin Khalifa Al-Thani to the authority today, Al Mohannadi said that the authority’s achievements in 2017 were multiples more than those achieved during the previous four years. He highlighted that more than 60% of what was achieved took place in the period after last June. He added that they will complete 90 percent of all projects related to the World Cup 2022 during 2018.

The President of Ashghal said that one of the coming year’s top priorities will be to prepare the infrastructure for residential areas, in line with the directives of HE the Prime Minister of adding new areas to the infrastructure plan for lands belonging to citizens. A total close to 5000 pieces of land will be added to the plan and provided with the necessary infrastructure.

The authority will complete 113 new kilometers of highways in 2018, including 20 new main intersections. Walking and bike lanes will reach more than 210 Km in 2018. There will be a new highway that will help lower traffic in February 22 road.

On the sewage projects, he said that there will be 279 points that will prevent the grouping of rain fall in those areas. There will also be four new projects for pumping and sewage treatment. Three other projects will be completed in 2018. The year 2017 saw the establishment of 14 mosques, three health centers, and 16 schools. There will be a total of nine projects in the health and education field that will be completed in 2018.

A total of 47 factories will also be refurbished to boost Qatari industrialists and producers. He also stressed the authority’s commitment to completing the work with the highest levels of quality.