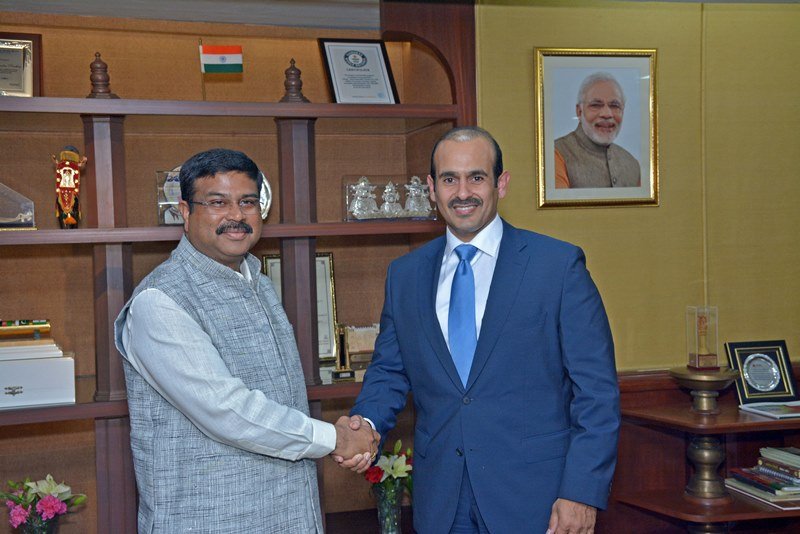 Al-Kaabi held talks during the visit with India’s Minister of Petroleum and Natural Gas, Shri Dharmendra Pradhan, which focused on bilateral cooperation and means to strengthen energy relations with Qatar, particularly in the LNG sector.

QP Chief expressed great satisfaction at the positive conclusion of the visit and said “Qatar appreciates and values its long term and mutually beneficial relationship with India, and reiterates its commitment to effectively contribute to satisfying India’s growing energy demand, including the reliable delivery of LNG and other hydrocarbons. I would like to thank the Indian government and all the executives and energy leaders we have met for their hospitality and constructive discussions. We look forward to more cooperation between our companies.”

India is a strategic partner for Qatar Petroleum. Its business relationship includes LNG supplies and other energy products to fuel the vibrant Indian economy.

India also represents one of Qatar’s largest markets with more than 10 million tons delivered annually in recent years. Qatargas supplies multiple customers in India and is the single largest LNG supplier to the country.

20 January 2022 By Ashraf Siddiqui More than 7,000 books of different ...
END_OF_DOCUMENT_TOKEN_TO_BE_REPLACED