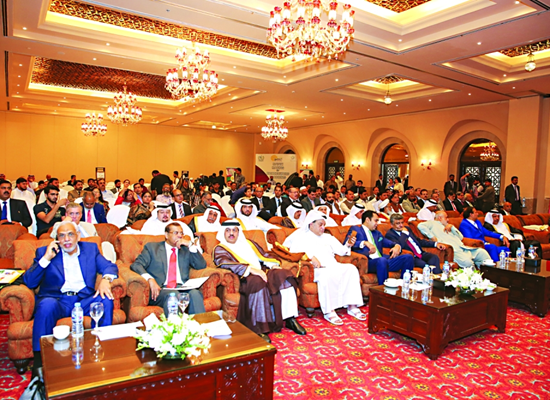 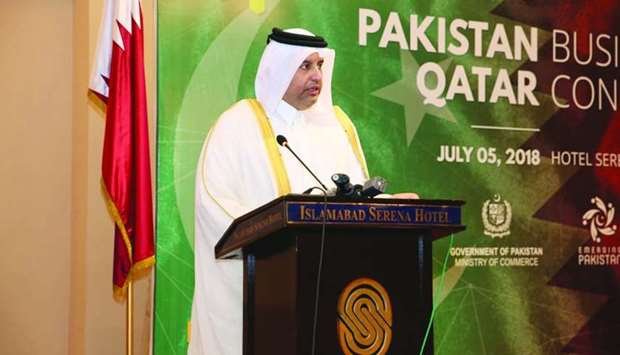 Qatar is keen on enhancing bilateral trade with Pakistan, which has seen a 104% increase in one year and totalled $1.6bn in 2017, said HE the Minister of Economy and Commerce Sheikh Ahmed bin Jassim bin Mohamed
al-Thani. He was addressing the Qatar-Pakistan Business Conference in Islamabad yesterday.

Sheikh Ahmed stressed the strength of the “cooperation relationship” between the two countries, particularly in the last decade, and said this relationship has witnessed “significant development” since 2012.

In this context, he said, the two-way trade increased by 104%, from $782mn in 2016 to $ 1.6bn in 2017, making Pakistan Qatar’s 13th largest trading partner. Nearly 50% of Qatari imports from Pakistan are in “food and consumer products” categories, which in turn accounted for 1.1% of total Qatari imports in the same categories. He expressed the hope that bilateral trade cooperation would get strengthened further.

Qatar and Pakistan are looking to capitalise on these growing relations to the benefi t of both the countries.
The minister said the gathering of Qatari and Pakistani businessmen will pave the way for agreements aimed at bolstering bilateral trade with discussions focusing on the quality and price of commodities and streamline the flow of exports from Pakistan to Qatar.

The conference, he said, comes at a time of global economic uncertainties and regional challenges coupled with an illegal blockade that was imposed on Qatar since June 5, 2017. “The blockade, which was aimed at undermining
Qatar’s position as an economically independent and sovereign state, has, however, failed. Qatar has emerged stronger and more economically independent than ever before,” the minister said.

He said, “The illegal blockade has also presented an opportunity for Qatar to make its economy more accessible to the world. The country has strengthened its trade relations worldwide.” Qatar, he said, has established new shipping routes with its trade partners worldwide, including Pakistan, Kuwait, Iraq, Oman, Turkey, India,
Azerbaijan and Central Asia.

Through its agreements with these countries, Qatar aims to target a population of 400mn people. Qatar is utilising its hi-tech logistics capability and world-class facilities such as Hamad Port and Hamad International Airport to bolster trade.

The new Hamad Port accounts for 27% of the regional trade volume in the Middle East with an annual capacity of 7.5mn cargo containers. On the other hand, Hamad International Airport is one of the biggest airports in the entire region. The airport links Qatar to more than 150 destinations through Qatar Airways, which was recently voted the “Best airline in the world.”

Sheikh Ahmed emphasised that the Qatari delegation’s visit to Pakistan was aimed at promoting business and concluding bilateral trade deals. “Qatar’s economy is open, and I hope that this conference presents an opportunity to establish successful investment projects that serve the common interests of both the countries,” Sheikh Ahmed said.

During the conference, the Qatari delegation outlined opportunities available to Pakistani investors. The presentations were offered by the representatives of the Ministry of Communications and Transport (Mwani Qatar), Qatar Airways, Milaha, Hassad Food and Widam Food Company.

The conference featured bilateral meetings between Qatari and Pakistani businessmen, during which they reviewed the investment opportunities in both Qatar and Pakistan and discussed measures to build long-term economic co-operation.