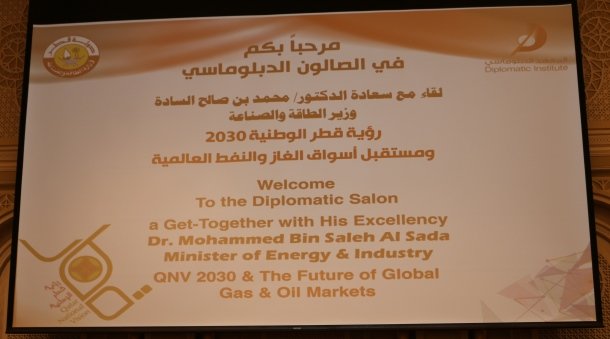 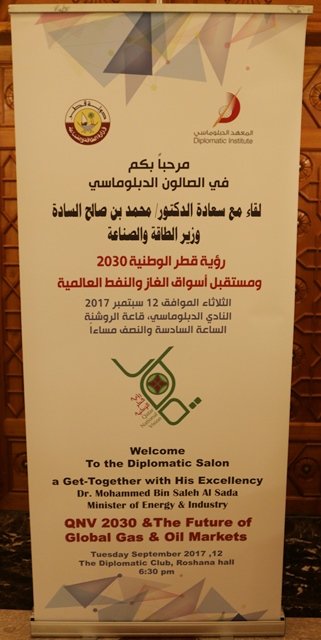 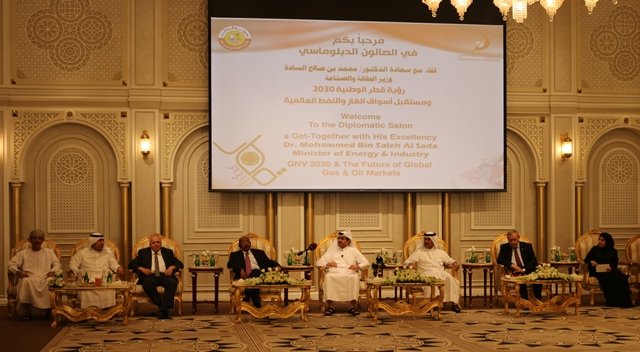 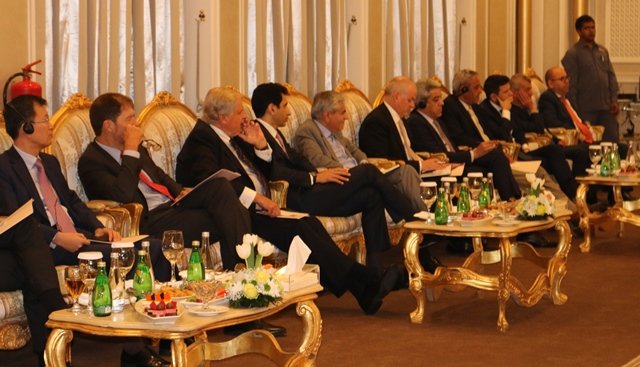 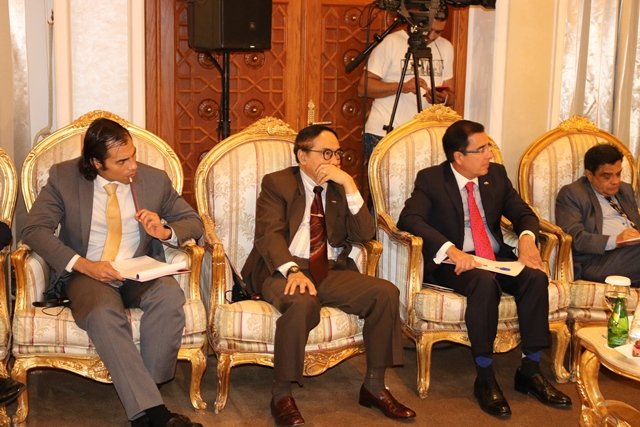 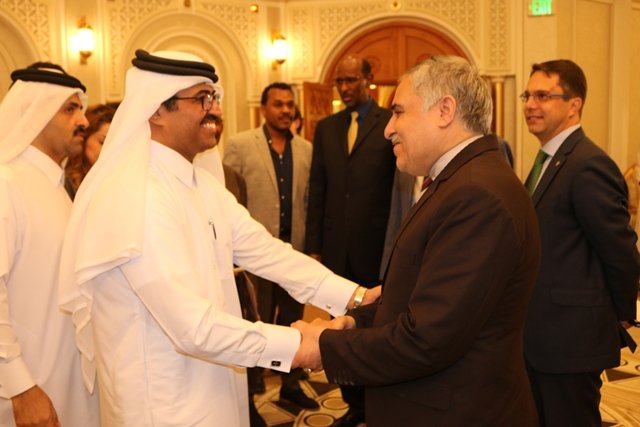 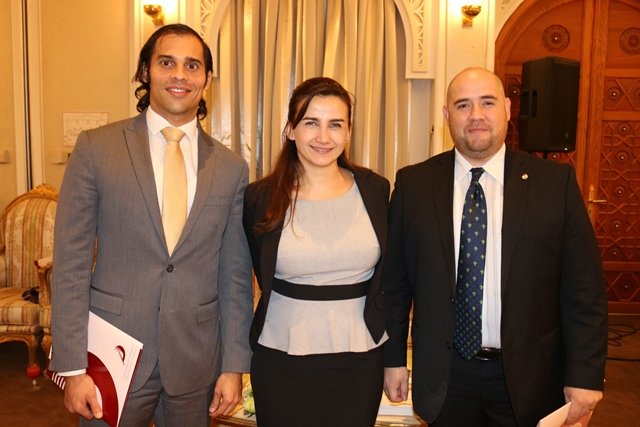 Dr. Mohamed bin Saleh AlSada, Energy & Industry Minister of State of Qatar has said that his country has kept kept its reputation as a reliable global energy supplier by keeping its commitments with its international partners inspite of illegal economic blockade imposed by four Arab countries. He was addressing this evening at Diplomatic Club, Doha at a seminar ‘QNV 2030 & the Future of Global Gas & Oil Markets’ organised by ‘Diplomatic Institute of Ministry of Foreign Affairs’ of Qatar.
Present on the occasion were Dr. Mohammad Hossein Adeli, Secretary General, Gas Exporting Countries Forum, senior officials from Ministry of Foreign Affairs, diplomats, members of local & int’l media and guests.
‘During this blockade, Qatar has never missed a single shipment of oil and gas to any of our consuming partners.’
We know how important and strategic commodity of oil & gas are to our partners, that shows how committed Qatar is not only to our economy and reliability but to the consuming countries.
He stressed on the importance to support production of various energy sources to meet future demands. He said that gas will always play a major role in the development of the world economy.  ‘No source of energy will replace any kind of energy’, Dr AlSada told.  Minister said using as terminology of alternative energy source as if renewable energy might take over gas supply is absolutely wrong.  He stressed on the importance of support to the production of all kinds of various source of energy as future demand of energy can only be met in this way.
In regards to announcement of 30 % increase in production of LNG by Qatar, Dr. AlSada said that this is a timely decision to keep ready in order to meet future high demand of energy supply to the world.  He said that Qatar is home of largest fleet of ships to supply LNG promptly and timely worldwide.
Qatar Energy Minister lauded the steps taken and commitment shown by countries like Qatar and China towards reduction of CO2 and increase in usage of LNG as the most safe and environment friendly energy.
Al-Sada said Qatar’s success against the siege led by Saudi Arabia and its allies, the UAE, Bahrain, and Egypt was mainly the result of the Qatar National Vision 2030 which has given Qatar a lot of advantages on different levels including social, economic, and environment.
“The successful combating of the illegal siege and blockade by our neighbouring GCC countries was basically due to the proper preparation and implementation of this vision,” al-Sada pointed out.
Dr. Mohammad Hossein Adeli, Secretary General of Gas Exporting Countries Forum  lauded the wise steps and timely decisions made by Qatar to increase LNG production and towards reduction in CO2 for a better environment.
September 13, 2017 / Economy