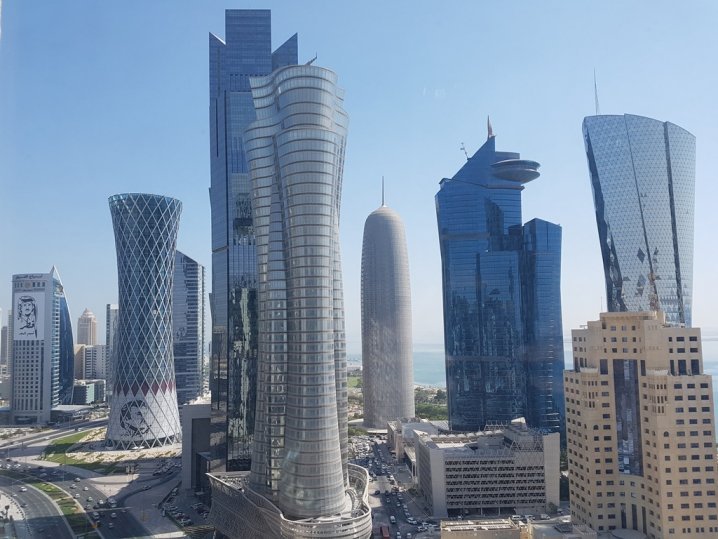 Qatar based major business houses responded positive on Qatar Stock Exchange (QE) proposal to listed companies to raise non-Qatari investments to 49 % from 25 % .  QE urged in order to boost the investment in the stock market.

Among other companies including Qatar Electricity and Water Company, Qatar Fuel Company (WOQOD), Gulf International Services Company and Mesaieed Petrochemical Holding Company, all listed companies, have taken the necessary measures in accordance with the applicable regulations and procedures to approve the increase in the non-Qatari ownership limit to 49 percent. The latest of which was WOQOD’s approval at its extraordinary general assembly meeting to increase foreign ownership limit to 49 percent.

Rashid Ali Al Mansouri, CEO, Qatar Exchange said that recent decisions by the listed companies to raise foreign ownership limits have had a positive impact on the performance of the market, especially with the expectation of attracting new foreign liquidity in view of the important role of these shares in terms of financial performance, growth and profitability as well as targeting the foreign portfolios of those shares because of their advantages.

They also showed that raising foreign ownership limit to 49% comes within the context of promoting and developing the Qatari stock market and broadening the base of economic openness, which will positively affect listed companies, the market and investors, he said, that it was a long-standing proposal to attract investments from Non-Qatari portfolios. The implementation has now seen the result in increase of fordemand from investors he increase in ownership has been a long-standing demand for investors and foreign portfolios, and its implementation has enhanced the presence of foreign investment.

Commenting on the outcomes of this step, he said as energy companies are considered to be well-positioned, the decision to raise the non-Qatari ownership limit in the energy firms listed on Qatar Exchange has been timely in terms of economic growth in Qatar as well as in terms of expanded economic activities in the fields of agriculture, industry and others.

He stressed that this step came in light of the growing strength and soundness of the national economy in which the Qatari energy industry plays a key role, pointing out that these decisions support the openness of the Qatari economy and make it more competitive and fastest growing in the region.

Qatar Exchange’s efforts went beyond trying to introduce new investment products and developing the existing ones to support and develop a number of family businesses to become public shareholding companies to ensure the continuity of these companies and to open new horizons for them.

For this purpose, the Qatar Exchange held several seminars to raise awareness about the importance of transforming family businesses into joint stock companies in the interest of these companies and the national economy, at the same time the QE is also seeking to launch a trading platform for small and medium enterprises, which will provide a good opportunity to list those types of companies and work to inject new capital into the stock exchange by trading their shares.

The Qatar Exchange, in its quest to establish a market for emerging small and medium-sized companies, is working to create an incubator to achieve sustainability and growth of family businesses, the QE CEO said, stressing the readiness of the stock exchange to provide all the capabilities available to family businesses.

The importance of listing private and family companies in the stock exchange, he added, stems from the economic influence of these companies in large number of vital sectors in Qatar, pointing that the transformation of family companies into public shareholding companies boost the effectiveness of the economy in general, which reflect positively on the local economy through the establishment of standards and regulations for family businesses that represent a real addition to the national economy.

The new corporate listings is another element that makes the stock exchange more attractive for investment. The Qatar Exchange has already supported the plans of companies that want to be listed; two companies are expected to be listed in the Qatar stock exchange before the end of this year.

Earlier this year, Baladna, a dairy company, announced that it would be offering its shares for public this year as its activities expanded.

Qatar Petroleum also announced last May that it will be offering 49 percent of its shares in Qatalum for public offering, following the directives of the Amir of Qatar, Sheikh Tamim bin Hamad Al-Thani to offer Qatari nationals shares in state-sponsored companies that enjoy safe investment environment and lucrative returns.

It is expected that the necessary procedures will be taken and approvals for the listing will be granted during the last quarter of this year.

The QE CEO says achievements in the previous IPO show the readiness of the Qatar Exchange and its continued support to companies that are planning an Initial Public Offering (IPO).

He added that the IPOs have shown the degree of confidence that the market enjoys by providing advanced infrastructure and innovative services that enable investors to invest their savings in a legal environment that works according to the best international practices.

The stock exchange, in partnership with competent authorities, formed a team aimed at activating IPO market through holding consultations with market participants and making recommendations and studies, he added.

QSE is working in general to develop services and laws, activate the single window mechanism for listing, develop the licensing mechanism for intermediaries in cooperation with the Qatar Financial Markets Authority, and also try to develop the services so that there is one venue that the investor reaches and gets his service in seconds or delivered through modern technological media, as well as seeking to provide all services online, Al Mansoori revealed.

He stressed that QSE strives to provide the modern tools and knowledge necessary to develop the investor relations strategies of each company to improve and enable its communication with the investment community very easily and in a timely manner, in addition to holding conferences to connect with listed companies and support them to achieve further progress in terms of investor relations. These meetings aim to search for all new practices in the global financial markets and to identify what investors, portfolios, and individuals are looking for, he further added.

QSE CEO also stressed that despite the current circumstances, the status of QSE has not changed but has been strengthened and became the focus of many foreign investment portfolios, which include US, European and Asian investment portfolios and local investors. A large number of foreign portfolios were registered to open trading accounts at QSE to start trading on Qatari stocks, he noted.

Al Mansoori pointed out that everyone knows that Qatar has a dynamic stock market, the largest emerging market in the region, and it is able to withstand any crisis as it overcome the 2006 crisis, the mortgage crisis in 2008, the crisis of low oil prices, the decline of Asian currencies and other crises.