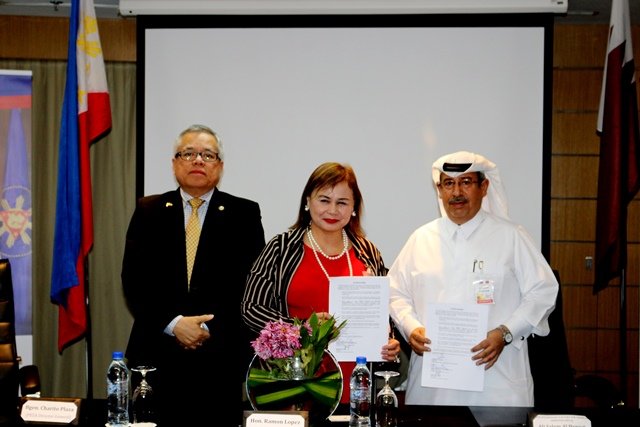 A number of Qatari business community members and their representatives had one to one detailed meeting with Chairman and accompanying members of Philippines Economic Zone Authority today.

On the sideline of President Duterte visit to Qatar, a number of MOUs worth amounting to US$ 206 million were signed this afternoon between Qatari local companies and the Philippines Economic Zones Authority (PEZA).

Philippines Trade minister and PEZA authorities are part of official delegation of President Rodrigo Duterte, who is on his official visit to State of Qatar.