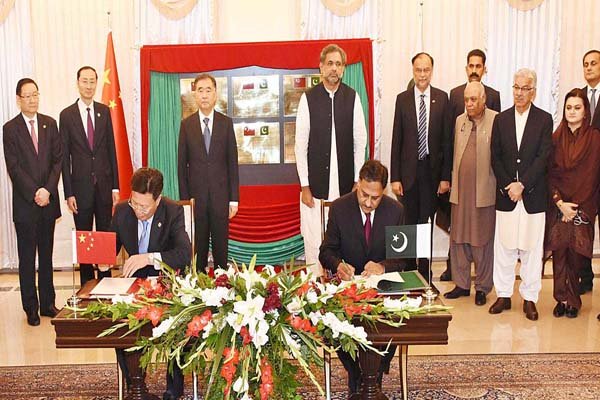 Pakistan and China on Sunday signed different documents to enhance bilateral cooperation in the fields
of education and infrastructure development.

Both the countries signed the Letters of Exchange for FATA Schools projects. The documents were signed by Secretary Economic Affairs Division Shahid Mehmood and Vice Minister and Deputy International Trade Representative of China Yu Jianhua.

Both the countries signed a strategic cooperation agreement.

Visiting Vice Premier of China and Pakistani Prime Minister held bilateral talks, both were joined with their teams on the occasion.

Prime Minister Shahid Khaqan Abbasi later hosted a dinner in honour of the Chinese Vice Premier and members of his delegation.