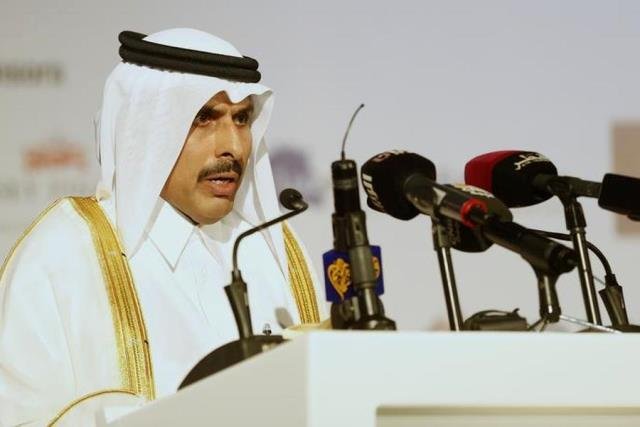 Qatar’s government has enough reserves to support its banks in the face of sanctions imposed by other Arab states and reports of its banking system being under strain are false, its central bank governor said on Wednesday.

”The government and the central bank are able to support banks with the holdings of the large sovereign wealth fund and the large state reserves,” Qatar’s Lusail news service quoted Sheikh Abdullah bin Saud al-Thani as saying. The central bank posted excerpts from the report on its website.

However, Sheikh Abdullah warned that banks should only consider the government and the central bank suppliers of funds in the last resort, implying that they must first seek other sources of financing.

“The bank will not intervene in the management of the private liquidity of banks as long as they obey prudential requirements,” Lusail quoted him as saying.

As the sanctions have cut off many of Qatari banks’ funding sources in the Gulf, some banks are turning to Asia and Europe to compensate; last month Qatar National Bank QNBK.QA completed a US$630 million Formosa bond issue in Taiwan.

Saudi Arabia, the United Arab Emirates, Bahrain and Egypt cut diplomatic and transport ties with Qatar on June 5, disrupting its foreign trade and prompting banks and investors from the four Arab states to pull deposits from Qatari banks.

The central bank is several weeks late in releasing its monthly monetary statistics for July and August, and has not explained the delay or said when the data will be published.

This has left investors guessing about how much the sanctions are reducing liquidity in the banking system and depleting the central bank’s foreign reserves.

But Sheikh Abdullah said on Wednesday that domestic liquidity was up 8.3 percent at the end of July while the monetary base had grown 1.7 percent. He did not specify whether those growth rates were year-on-year or month-on-month.

Qatar’s sovereign wealth fund, the Qatar Investment Authority, has responded to the crisis by pumping billions of dollars into local banks to shore up their deposits. Banking sector data suggests such injections totaled about $8 billion in August alone.

Pressure on deposits may now ease as the Arab states no longer have as much money left in Qatar to withdraw. The QIA is believed to have had about $300 billion of assets before the crisis, so most analysts believe it can easily continue defending the banks and replenish the central bank’s reserves.

Nevertheless, the diplomatic crisis has raised funding costs for banks and hurt their foreign business. Credit rating agency Moody’s cut the outlook for Qatar’s banking sector to negative from stable in August.

“Qatari banks’ reliance on confidence-sensitive external funding has increased in recent years due to a significant decline in oil-related revenues. This leaves them vulnerable to shifts in investor sentiment,” said Nitish Bhojnagarwala, a vice president at Moody‘s.