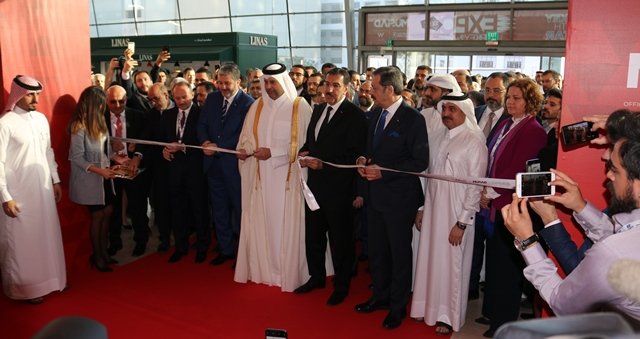 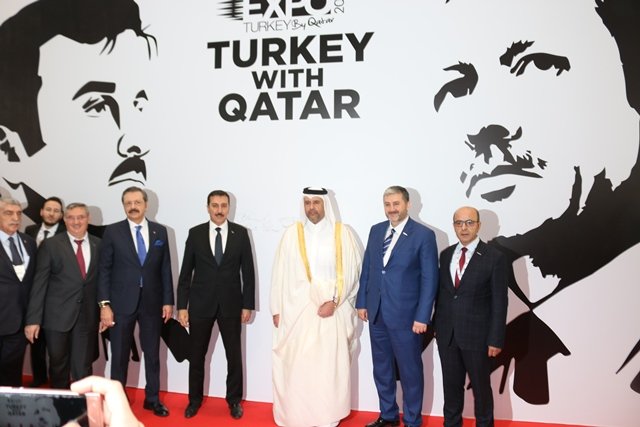 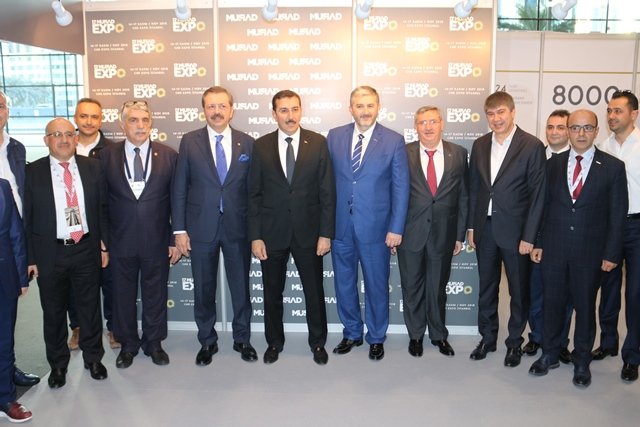 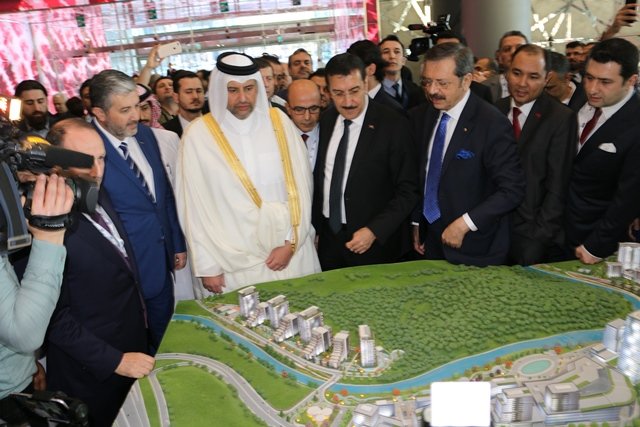 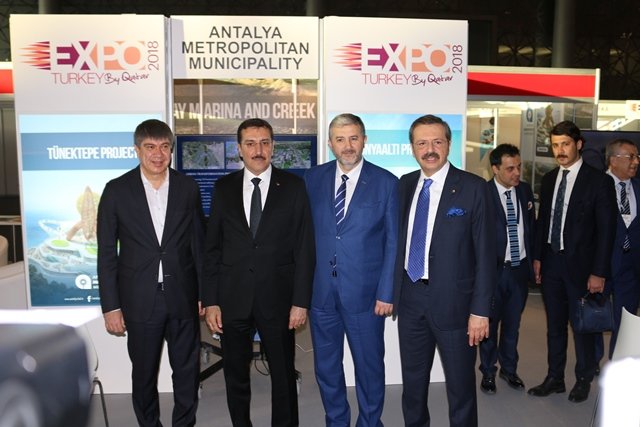 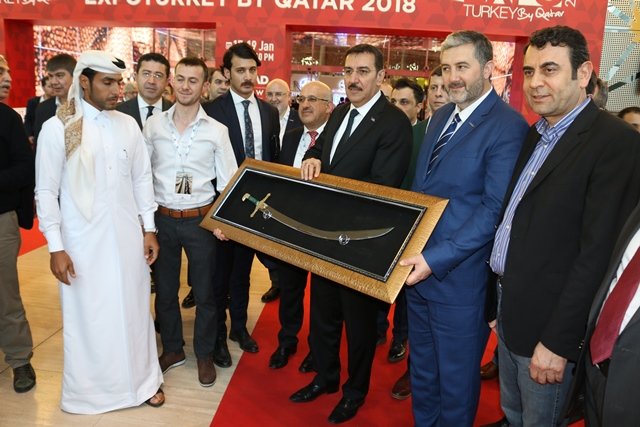 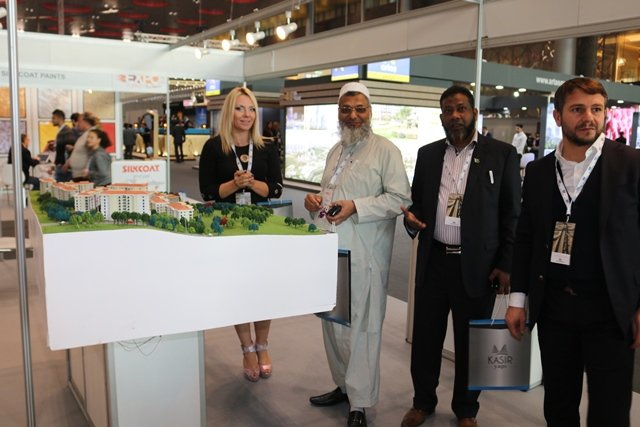 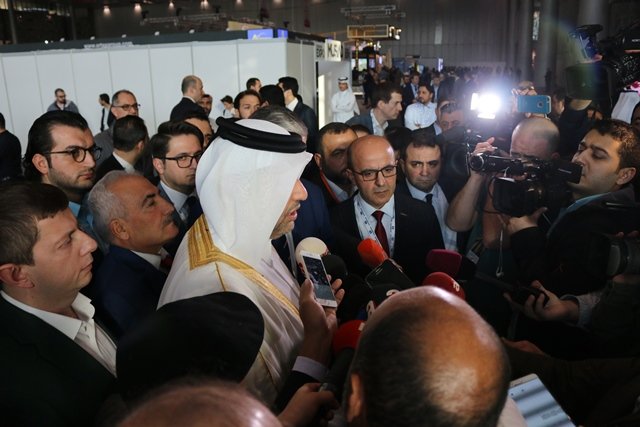 Second edition of ‘Expo Turkey by Qatar 2018’ opened today at the Doha Exhibition & Convention Centre.
Three days long exhibition was inaugurated by Sheikh Ahmed bin Jassim bin Mohamed Al-Thani, Minister of Economy and Commerce of Qatar and Bulent Tufenkci, Minister of Customs and Trade of Turkey.
Among others present included Abdurrahman Kaan, President, Independent Industrialists and Businessmen Association (Musiad), Rifat Hisarciklioglu, President, Union of Chambers and Commodity Exchanges of Turkey, Fikret Ozer, ambassador of Turkey to Qatar, representatives of 150 Turkish companies, ambassadors of Bosnia & Herzegovina, Italy, Spain, number of other diplomats, officials and Qatari business community members
The aim of the exhibition is to increase the volume of trade exchange and to strengthen further cooperation and to promote joint investments.  Sheikh Ahmed bin Jassim AlThani showed his satisfaction on bilateral trade relations between Qatar and Turkey. He said that 30% growth in trade volume onward Gulf Crisis in June 2017 is itself witness to the strong  relations.
He said that Expo Turkey is one of the most important events in the region and is reflection further to enhance  the bilateral strong economic cooperation, explore innovative new fields to enhance joint investments. He said that exhibitions brings close both the sides business community which help Qatari importers to develop relations with Turkish manufacturers and to build economic partnership under one roof.

After paying a tour around the exhibition hall, Sheikh Ahmed bin Jassim AlThani and Bulent Tufenkci held their meeting and discussed various aspects of joint cooperation and means to further develop in areas of economic, trade and investments.

Trade volume between both the countries till first half of 2017 was around QR 2 billion as per MEC figures and Qatar’s investment in Turkey reaches over US$ 19 Billion.
January 17, 2018 / Economy