Economic Factor ” Most Significant for Commitment to Convention on Climate Change” 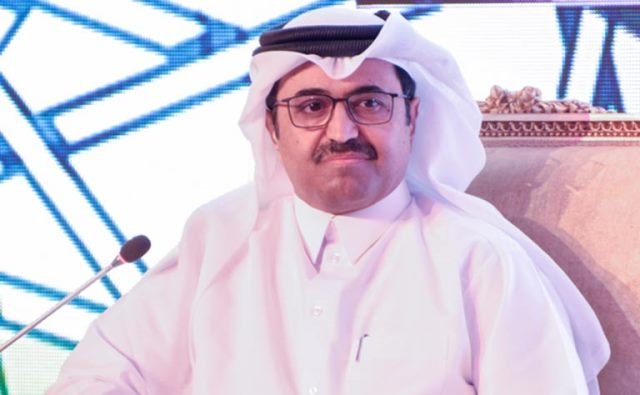 Dr. Mohammed bin Saleh Al-Sada, Minister of Energy and Industry has underlined that the economic factor as most significant for commitment of countries to the Convention on Climate Change.

Speaking in the second plenary session of the 17th Doha Forum under the theme ‘Global Trends & Challenges for Economic Development and Investment (Oil & Energy Issues)’l changes, Dr. Al Sada noted that there are three factors that determine the commitment of countries to the Convention on Climate Change along with the economic factor.

“We have seen countries that had not signed the agreement but are moving towards the use of natural gas instead of coal for economic reasons and not to reduce carbon dioxide emissions”, Dr. Al Sada said that it is well known that the use of natural gas ensures lower emissions of carbon dioxide , and in contrast there are countries that signed the Convention and headed towards certain types of coal because of the low cost.

Minister of Energy and Industry stressed that natural gas had proven its efficiency as a clean fuel that preserves the environment and is characterized by its availability and accessibility, and its cost is not high and can generate the required energy with half the emissions from coal .. He expressed Qatar’s commitment to confront climate change.

He highlighted importance of working to diversify the energy basket of countries so as not to rely solely on fossil fuels, but also on renewable energy. He praised the research carried out by Qatar and the GCC countries in harnessing the use of renewable energy in some fields instead of traditional energy, saying “There is increasing interest from countries in the region, especially with regard to solar energy, because they are most suitable for use in these countries.” There are currently about 1.2 billion cars, while this number will rise to 2 billion by 2035 and about 90 percent of those cars will depend on fossil fuels,” Dr. Al Sada told. In this context, he said technology related to the use of other types of non-conventional fuels in the transportation sector still in need for material and moral support in order to be available and possible.

Dr. Mohammed bin Saleh Al Sada stressed on the importance of the oil trade, noting that it is a huge trade volume, estimated at about $ 2 trillion last year, representing 2.7% of the global GDP. .

Dr. Al-Sada pointed out that the huge contraction in the investment in the oil and gas sector in the last years was mainly due to the fact that oil prices had fallen so low that investors did not have sufficient incentives to pump money in this sector, which is a serious matter as we long-term in need to ensure the sustainability of declining production which reaches to about 4 percent, and we need to strengthen oil production in order to meet the demand of an average of 0.8 percent per year. He pointed out that by 2035 up to 25 percent of oil production can be added, and this requires huge investments or there will be an imbalance between demand and supply.

He said that in 2015 and 2016 investment in oil investment had decreased by 25 percent for each year, while in the first quarter of 2017, a kind of stability appeared in oil prices and that the major oil companies recorded profits but the investments were modest and in many cases were not little thing.

Minister of Energy and Industry recalled comments of the Organization for Economic Cooperation and Development (OECD) on the contraction of oil investment for the world economic situation after the decline in oil prices in 2015 and 2016, indicating that no one benefited from this and the result was a loss for all.

He added that the reason for this is that oil prices should not be seen by their huge contributions to world gross domestic product, from an accounting point of view only including the low price of the oil bill, but from an economic point of view. The low price of oil led to contraction and in turn led to unemployment and a decline in GDP, and we cannot recall any improvement that many countries have seen over the past two years, Dr. Al Sada noted.