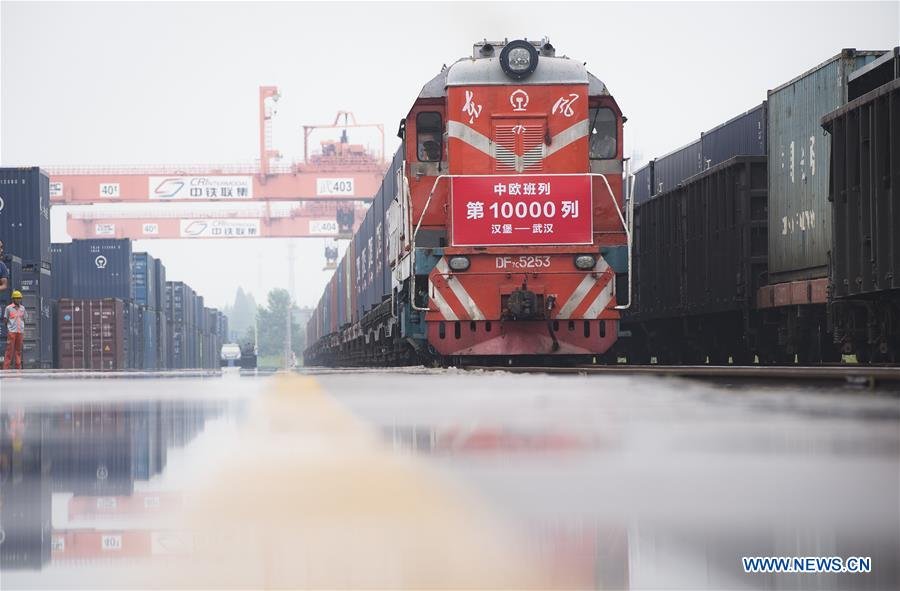 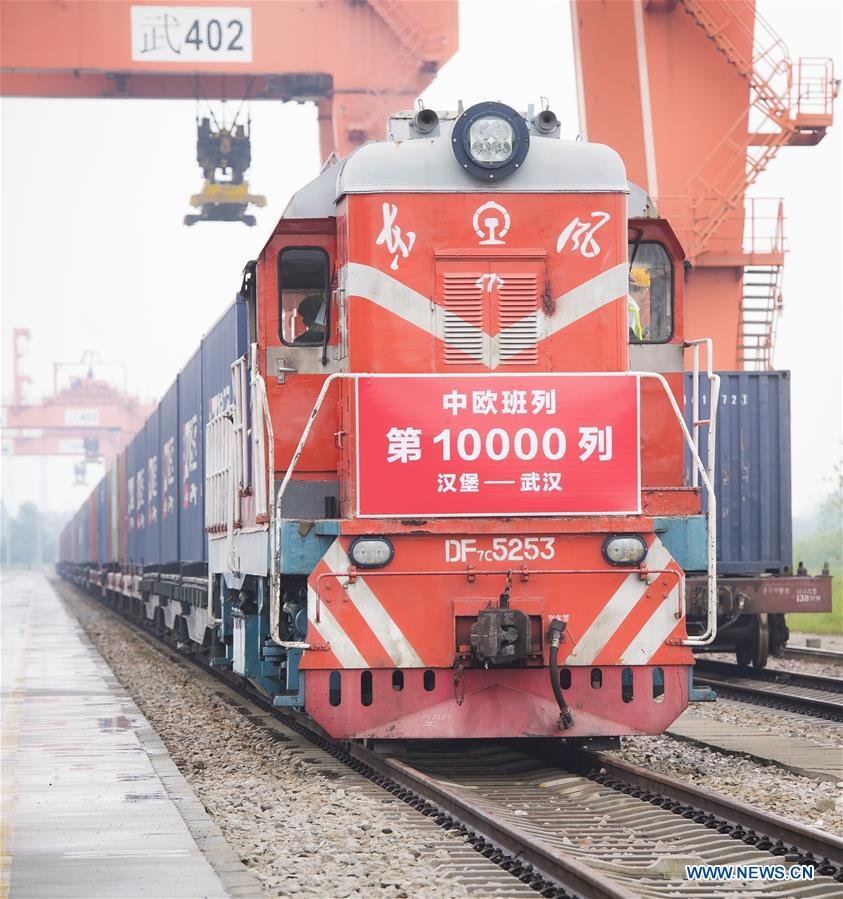 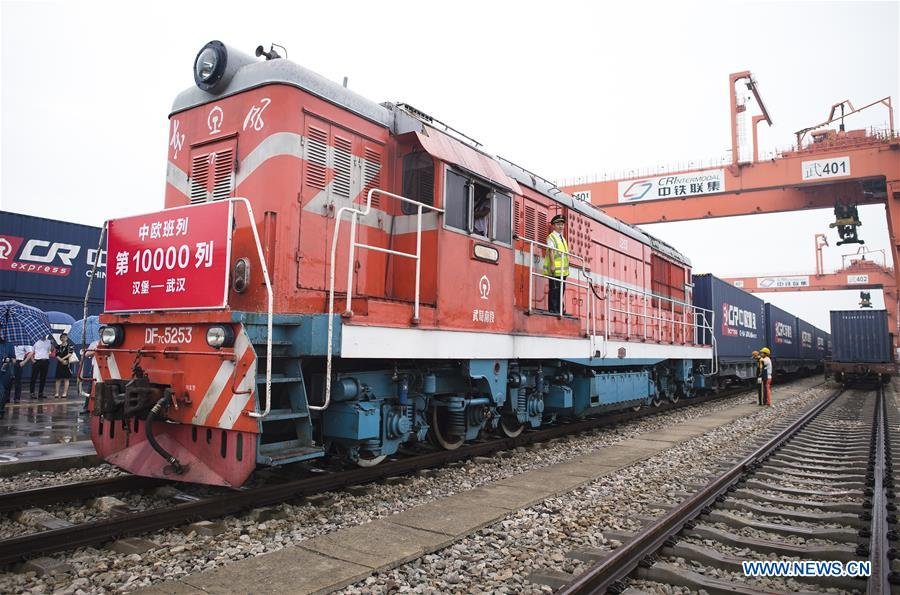 About 25 freight trains travel every week between Chinese cities and Duisburg, 15 China-bound and 10 Europe-bound, accounting for nearly one third of the freight volume of DIT, which has had to hire more drivers and workers to handle the truck containers, as well as to build more warehouses.

CRE freight trains, a key project in the Belt and Road Initiative, leave China from the Alataw Pass in its northwest, and cross Kazakhstan, Russia, Belarus and Poland before reaching Germany in about two weeks.

The trains have also linked many other European cities including Hamburg, Madrid and Warsaw to Chinese cities like Chongqing, Chengdu, Yiwu and Zhengzhou.

In Poland’s railway hub Lodz, the Hatrans Logistics Ltd. is among the many local businesses benefiting from the new trade route. In 2016, the company became the first Polish enterprise to invest in Chengdu, a southwestern Chinese metropolis. With the support of the CRE freight service, it has opened a mall there to sell Polish products.

Hatrans has also set up a platform for cooperation between enterprises of the two countries. It now sells over 300 kinds of Polish products around China, while bringing Chinese clothes, cosmetics and electronics to Poland and other European markets.

The overland Silk Road Economic Belt and the 21st Century Maritime Silk Road, more commonly known as the Belt and Road Initiative, was put forward by China in 2013 in a bid to seek common prosperity. Enhanced connectivity is both its approach and benefit.

Similarly to the ancient Silk Road, Europe is a key terminal. In addition to the CRE, China is working on other transport infrastructure there.

In Croatia, a Chinese enterprise is building the Peljesac bridge, a historic infrastructure project, by connecting the port city Dubrovnik to the mainland bypassing Bosnia-Herzegovina.

In Serbia, the E-763 highway is expected to be completed at the end of this year. In Greece, the Chinese company COSCO in 2016 began operating the Port of Piraeus, the southern gateway to Europe. The Athens-based Foundation for Economic and Industrial Research estimates that the deal will create 25,000 jobs by 2052.

Investments have been flowing into Europe thanks to the new Silk Road as well. In Serbia, the over 100-year-old Smederevo steel plant was saved from bankruptcy in 2016 when China’s largest steelmaker HBIS Group purchased it.

Renamed Hesteel Serbia, the plant now employs over 5,000 workers, bringing the local jobless rate down to 6 percent from 18 percent.

“Our jobs are guaranteed now, the feeling is totally different,” said 34-year-old electrician Aleksandar Pavkovic. He can now join his children for a seaside holiday with no fear of losing his job, and his father is a veteran in the plant working as a senior workshop quality inspector.

A ROAD OF SHARED VIEWS, INTERESTS

The Belt and Road Initiative is becoming a household name to many Europeans.

Croatian Prime Minister Andrej Plenkovic said in April that the Chinese-contracted Peljesac bridge project is of long-term strategic importance, and its bidding was in accordance with Croatia’s public procurement procedures and European Union standards.

Slovakia is looking forward to taking part in the BRI.

“I am convinced that the Belt and Road Initiative is the future of Europe as a whole. Slovakia is at the intersection, so it means that for the Slovak economy in the next 25 years, this project can provide a relatively trouble-free existence,” said Dana Meager, state secretary of the Slovak Finance Ministry and government proxy for the BRI.

“The Belt and Road Initiative is a key opportunity for Europe to achieve development,” said Jochen Scholz, a political analyst who is writing a book titled “The New Silk Road — The Key to a Prosperous European Future.”

Scholz’s plan was inspired by Michael Schaefer, the former German ambassador to China from 2008 to 2013 and now chairman of the BMW Foundation Herbert Quandt.

Schaefer wrote in Berlin Policy Journal in January 2016 that the new Silk Road may well represent a sincere attempt by the world’s second-largest economy to start a new kind of diplomacy based on inclusiveness, equal opportunity, and the respect for the diversity of cultures and political systems.

The European Union should take China’s offer seriously — and act soon, he suggested.