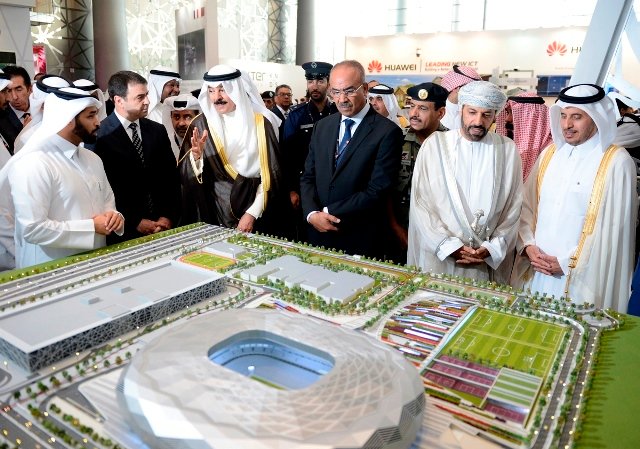 ‘ Milipol Qatar was the fruit of collaboration between Qatar’s Ministry of Interior and Milipol France ‘, said Sheikh Abdullah bin Nasser AlThani, Prime Minister & Interior Minister of Qatar. He officially opened 11th edition of Milipol Qatar 2016 this morning. He noted that the size and the high quality of participation in the current edition of Milipol Qatar reflects the success of the State of Qatar in attracting major international companies specialized in homeland security and civil defense services and systems, for event to become one of the most prominent exhibitions at the regional and international level.

Sheikh Abdullah bin Nasser bin Khalifa Al-Thani and delegates were briefed about sophisticated and latest equipment and devices, about innovative services in the field of homeland security and civil defense during their tour to various pavilions.

It is to note that more than 230 companies from 35 countries around the world are taking part in the three-day exhibition established on 7,700 square meters. The show floor includes five international pavilions from France, Germany, USA, China and UK. A number of countries along with their products relating to homeland security are participating first time namely Pakistan, Algeria, Uganda, Lithuania, Cyprus, Luxembourg, Belize, and Jordan.

Milipol Qatar is the leading international exhibition dedicated to homeland security in the Middle East. It takes place every two years in Doha. The event provides access to security markets in the entire region and enables key international industry players to meet in a fast-developing environment with medium- to long-term economic and strategic projects.

The event is known for showcasing the latest innovative products and services and for covering all fields of public and industrial security.

Along side of exhibition, Milipol Qatar 2016 features keynote addresses and panel discussions by a number of leading industry experts. On the second and third day of the event, seminars will be split into three half-day tracks, focusing on areas such as Crisis Management & Resilience, Safe/Smart Cities & Large Events Security Management, and Critical Infrastructure Protection – Cyber Threat Intelligence.