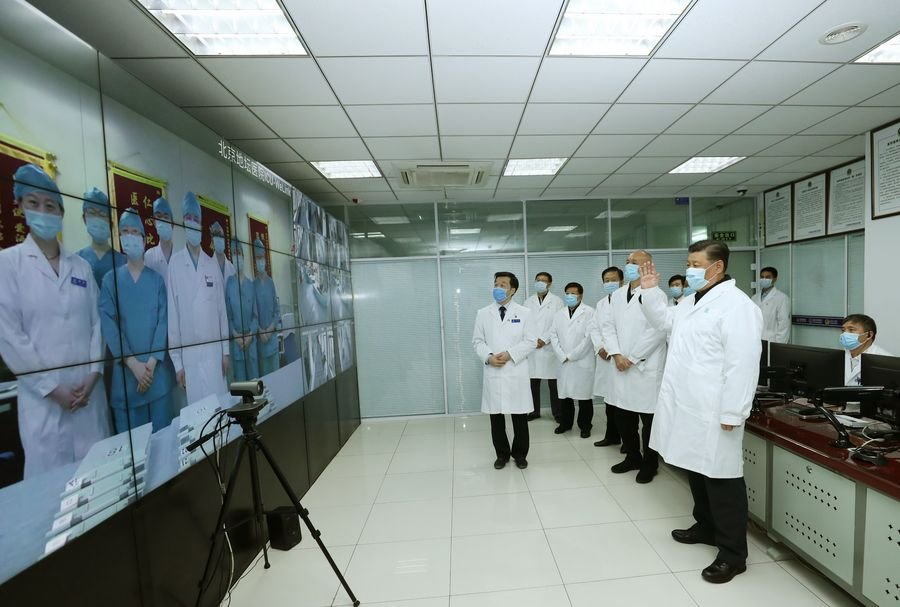 Xi, also general secretary of the Communist Party of China (CPC) Central Committee and chairman of the Central Military Commission, specified the requirements at the 12th meeting of the central committee for deepening overall reform, which he chairs.

Noting that safeguarding people’s life and health is a major mission of the Party in governing the country, Xi stressed the need to strengthen areas of weakness and close the loopholes exposed by the current epidemic.

Xi said the current fight against the novel coronavirus pneumonia epidemic is a major test of China’s system and capacity for governance.

Stressing the need to strengthen legislation on public health, Xi called for the assessment of revising laws and regulations concerning infectious disease prevention and treatment, as well as wildlife protection. He also highlighted speeding up establishing a law on bio-security, stressing that bio-security should be included in the system of national security.

The system of treatment for major epidemics should also be improved, Xi said, encouraging the application of digital technologies including big data, artificial intelligence and cloud computing in areas such as epidemic monitoring, tracing virus sources, epidemic prevention and treatment, and resource allocation.

Xi called for improving the medical insurance and medical aid systems for major diseases and a unified system for providing emergency response supplies.

Friday’s meeting was attended by Li Keqiang, Wang Huning and Han Zheng, who are members of the Standing Committee of the Political Bureau of the CPC Central Committee and deputy heads of the central committee for deepening overall reform.

According to a statement issued after the meeting, the committee’s work report for 2019 and highlights for 2020, as well as documents on socialist market economy, pension system, infrastructure development and other areas were adopted.

To speed up the improvement of the socialist market economy in the new era, the new development concept must be fully implemented, the decisive role of the market in resource allocation should be put into full play while the role of the government should be better leveraged, the statement said.

Efforts should be made to create a fairer and more sustainable national pension system and establish a multi-layer social security system.

A modern infrastructure system that is efficient, cost-effective, green, intelligent, safe and reliable is an important pillar to economic and social development, the statement said.

Despite domestic and external challenges, the central committee for deepening overall reform has unveiled reform plans in key areas in 2019 and made progress, the meeting stressed.

The committee vowed to introduce a number of major reform plans in 2020 to solve key problems, focus on establishing better mechanisms, and ensure concrete reform results through evaluations and inspections, the statement said