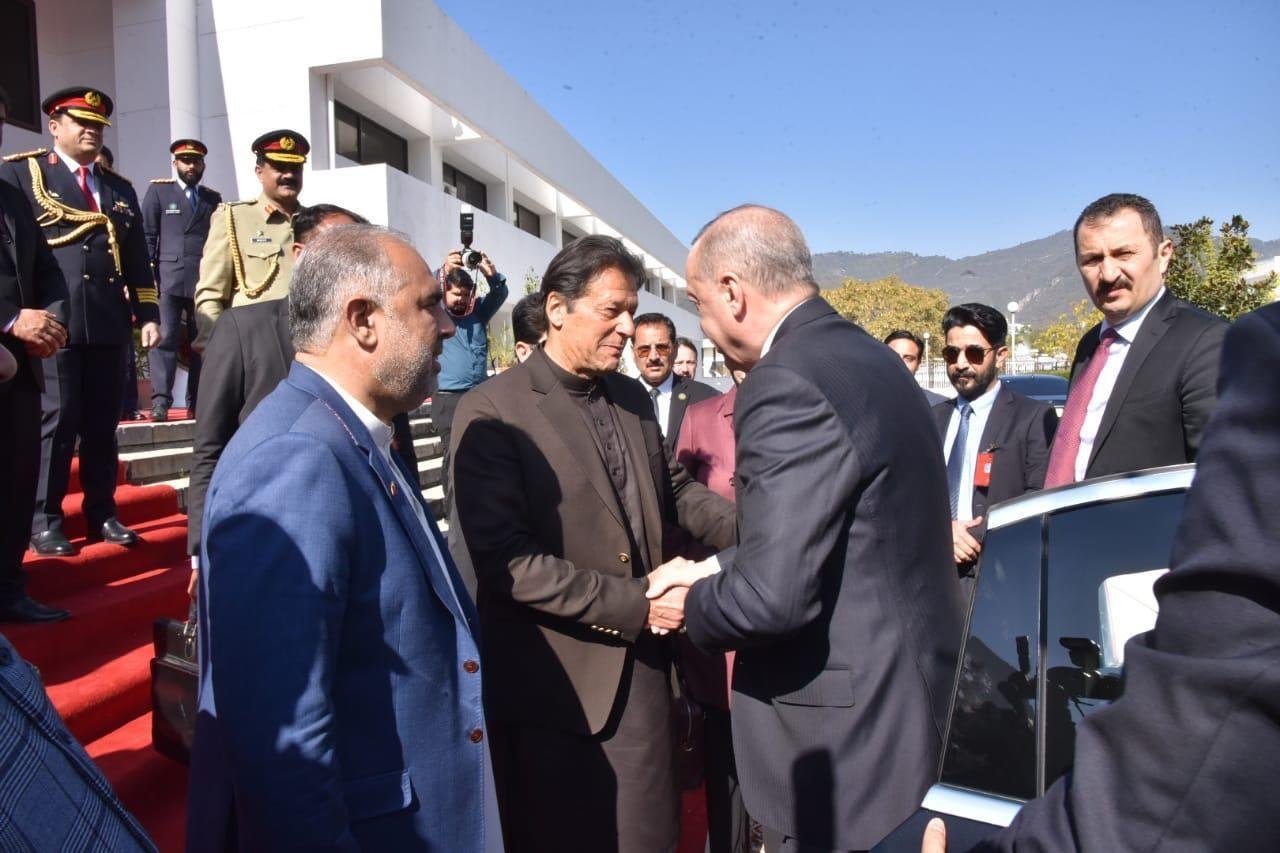 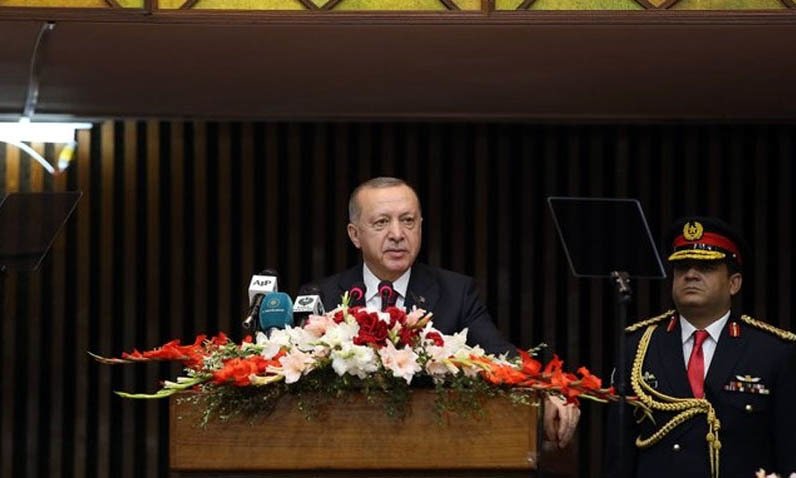 Turkish President Recep Tayyip Erdogan on Friday vowed unflinching support for Pakistan on the issues related to anti-terror financing and the illegal annexation of occupied Kashmir by India. The Turkish president made the remarks while addressing a joint session of the parliament.

Erdogan further thanked the Pakistani people and leadership over the warm welcome he was accorded upon arrival. “It is my pleasure to speak to you. I am thankful to you for giving me the opportunity to address this house.”  “While in Pakistan, I feel like I am at home,” he said.

‘Pakistan’s pain is our pain’

“Today, Pakistan and Turkey’s relations are admirable for others. During difficult times, Pakistan has supported Turkey,” Erdogan added. “Our friendship is based on love and respect. Pakistan’s pain is our pain,” the Turkish president remarked.

Speaking about the issue of occupied Kashmir, the Turkish president said that Indian-occupied Kashmir meant to Turkey exactly what it had meant to Pakistan over the years. “The relationship between Pakistan and Turkey will continue in the future like it has in the past,” he added.

In his speech, the Turkish president also said that Turkey had supported Pakistan on matters related to counter terrorism. “We assure Pakistan of Turkey’s support at the Financial Action Task Force,” Erdogan said.

“The positive steps taken by Pakistan with regards to investment and trade are improving conditions for business in the country. Economic progress is not achieved in a few days, but takes constant effort,” the Turkish president said.

Chairman Senate Sadiq Sanjrani, Speaker of the National Assembly Asad Qaiser, Governor Sindh Imran Ismail, and other top officials, including the service chiefs of the armed forces, were also present on the occasion.

The Turkish president last addressed a joint session when he visited the country in late 2016. The ruling Pakistan Tehreek-e-Insaf, which was in opposition at the time, had boycotted the session of the parliament Erdogan addressed.

In a statement, the party had said that it did not consider Nawaz Sharif, the prime minister at the time, as a legitimate ruler.  However, this time all the opposition parties will attend the special session convened for the Turkish president.

Former speaker of the National Assembly and senior leader of the Pakistan Muslim League-Nawaz (PML-N), Sardar Ayaz Sadiq, on Thursday said that opposition parties in the parliament would attend a joint sitting of the house scheduled for Friday morning.

Acording to the report published in The News, Sadiq said that the Turkish president was a guest of all of Pakistan and not only the PTI. “Therefore, we will be present in the parliament session to hear his address on Friday,” he said, alluding to the PTI boycott of 2016.

‘Will not repeat bad precedent set by PTI’

He said the opposition would never repeat a bad precedent set by the PTI. “Pakistan has excellent relations with the Turkish president, which tremendously improved during the tenure of the PML-N government as Ankara strengthened economic relations as well.”

Sadiq admitted that the relations between the government and the opposition had improved since the events of 2016. “But while opposing the government, we have not lost senses and are in no mood to cross all limits. Our participation in the joint sitting will give an excellent message to President Erdogan,” he noted.

He added that the Turkish president stood out among the world leaders in supporting Pakistan when India annexed occupied Kashmir in August last year. “Not only that, he has been backing the Kashmir cause all along, which Pakistanis value a lot,” he said.

Ayaz Sadiq said that the opposition parties undoubtedly considered Imran Khan as a selected prime minister who had clinched this office as a result of fake general elections, but they would still be in attendance in the joint sitting to show respect to President Erdogan.

“We have many opportunities and forums to settle political scores, but not when a foreign friend is speaking to the parliament,” he remarked, referencing a statement made by PM Imran back in 2016 in which the premier had said he had no personal differences with Erdogan.