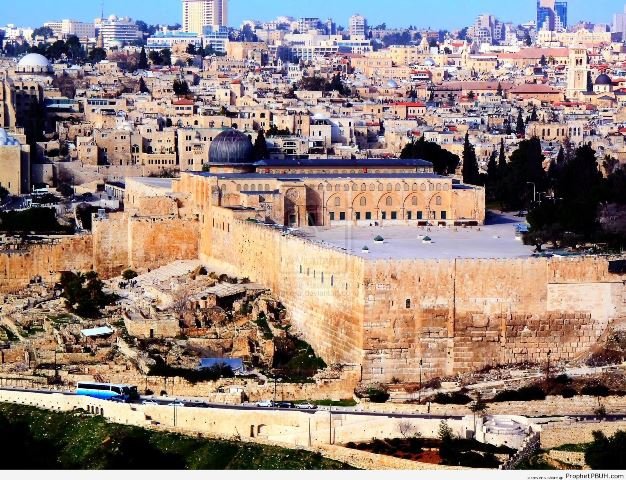 Leaders from the Middle East and elsewhere have cautioned Donald Trump againstrelocating the US embassy  in Israel, warning that such a move could destabilise the region and spark turmoil in the region.

The US president on Tuesday called Palestinian President Mahmoud Abbas to say that he intends on moving the embassy from Tel Aviv to Jerusalem.

He later also had a phone conversation with the leaders of  Jordan and Egypt to inform them of his plan.

No country currently has its embassy in Jerusalem, and the international community, including the US, does not recognise Israel’s jurisdiction over and ownership of the city.

Israel claims the city as its capital, following the occupation of East Jerusalem in the 1967 war with Syria, Egypt and Jordan, and considers Jerusalem to be a “united” city.

Palestinians have long seen East Jerusalem as the capital of their future state.

Here is how leaders from around the world reacted to the news of Trump’s planned relocation of the US embassy in Israel.

“President Abbas warned of the dangerous consequences such a decision would have to the peace process and to the peace, security and stability of the region and of the world,” Nabil Abu Rudeina, the Palestinian president’s spokesperson, said in a statement after Trump’s call.

Echoing Abbas’ comments, Jordan’s King Abdullah II told Trump that such a decision would have “dangerous repercussions on the stability and security of the region”, according to a statement released by the palace.

The king also warned the US president of the risks of any decision that ran counter to a final settlement of the Arab-Israeli conflict based on the creation of an independent Palestinian state with its capital in East Jerusalem.

“Jerusalem is the key to achieving peace and stability in the region and the world,” the statement said, adding that an embassy move would inflame Muslim and Christian feelings.

King Abdullah also called Abbas and said they had to both work together to “confront the consequences of this decision”.

In a statement, Egyptian President Abdel Fatah el-Sisi also cautioned Trump against “taking measures that would undermine the chances of peace in the Middle East”.

“The Egyptian president affirmed the Egyptian position on preserving the legal status of Jerusalem within the framework of international references and relevant UN resolutions,” the statement said.

Following a separate phone conversation with Trump, Saudi King Salman also told the US president “that any American announcement regarding the situation of Jerusalem prior to reaching a permanent settlement will harm peace talks and increase tensions in the area”.

A statement by state-run news agency SPA quoted the king as saying that the kingdom supported the Palestinian people and their historic rights and asserted that “such a dangerous step is likely to inflame the passions of Muslims around the world due to the great status of Jerusalem and the al-Aqsa mosque”.

Earlier on Tuesday, Turkish President Recep Tayyip Erdogan threatened to cut diplomatic ties with Israel, following reports that the US was considering recognising Jerusalem as Israel’s capital, a move that would be symbolised by relocating the embassy to Jerusalem.

“Jerusalem is a red line for Muslims,” said Erdogan. “We implore the US once again: You cannot take this step.”

Later in the day, Sigmar Gabriel, Germany’s Foreign Minister, also warned that any US move to recognise Jerusalem “as the capital of Israel does not calm a conflict, rather it fuels it even more,” and that such a move “would be a very dangerous development.”

Gabriel said in Brussels that “it’s in everyone’s interest that this does not happen”.

Federica Mogherini, the European Union’s top diplomat, said “any action that would undermine” peace efforts to create two separate states for the Israelis and the Palestinians “must absolutely be avoided.”

UN Secretary-General Antonio Guterres has “consistently warned against any unilateral action that would have the potential to undermine the two-state solution”, his spokesman, Stephane Dujarric, told reporters in New York