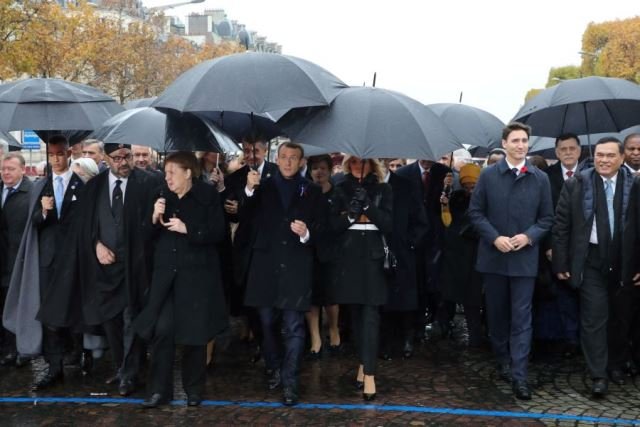 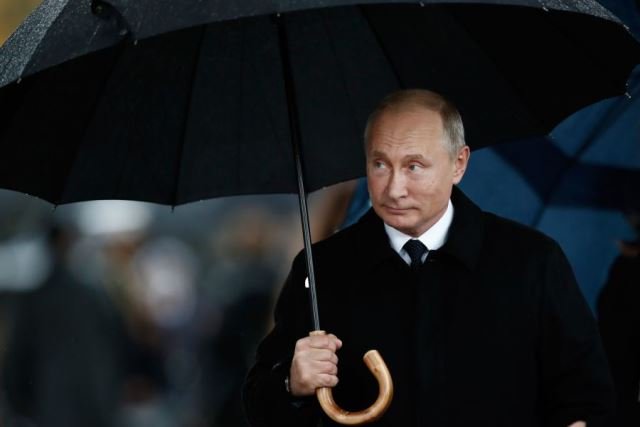 Dozens of world leaders met in the French Capital on Sunday for the opening of the inaugural Paris Peace Forum, hosted by French President Emmanuel Macron.

German Chancellor Angela Merkel made an impassioned plea for world peace and cooperation 100 years after German’s defeat in World War I, saying “we must not simply stand by and watch” as more conflicts continue to unfold around the world.

Merkel denounced the “national vaingloriousness and military arrogance” that led to the “senseless bloodshed” of two world wars.

She warned against taking peace for granted, saying: “We have to work for it.”

In a veiled dig at US President Donald Trump’s America-first policies and skepticism toward multilateral cooperation, Merkel warned that “lack of communication and unwillingness to compromise” can have deadly consequences.

“The concern I have is that blinkered nationalist views may gain ground once again,’ she said.

UN Secretary-General Antonio Guterres also warned of “parallels” between the present day and the unstable and dangerous 1930s as he marked the centenary of World War I in a speech in Paris.

“As I see it, several elements today have many parallels with both the start of the twentieth century and the 1930s, giving us grounds to fear that an unpredictable chain of events could ensue,” Guterres said at the Paris Peace Forum.

Trump chose not to attend the forum, instead delivering Veterans Day remarks at the Suresnes American Cemetery and Memorial in the suburbs of Paris. More than 1,500 Americans who died during the war are buried there.

Earlier Sunday, some 70 world leaders gathered on the Champs-Elysees to mark the centenary of the signing of the Armistice that ended World War 1.

French President Emmanuel Macron, addressing world leaders before 11 a.m., the hour 100 years when the guns on both sides fell silent after a war in which more than 8 million died, spoke of building “our hopes rather than playing our fears against each other.”

Macron added that “the traces of that war have not faded from French soil,” or from “our memories around the world.”

Macron also spoke of “universal values” in a multi-layered speech that stressed the importance of nations working together. He said the vision of France as a generous nation and a “bearer of universal values” is the “very opposite of nationalism” which only looks after itself.

“Nationalism is a betrayal of patriotism,” said Macron. “By saying our interests first, who cares about the others, we erase what a nation holds dearest, what gives it life, what makes it great, and what makes it essential: its moral values.”