Work on Stadium Projects in Qatar Not Affected by Gulf Crisis 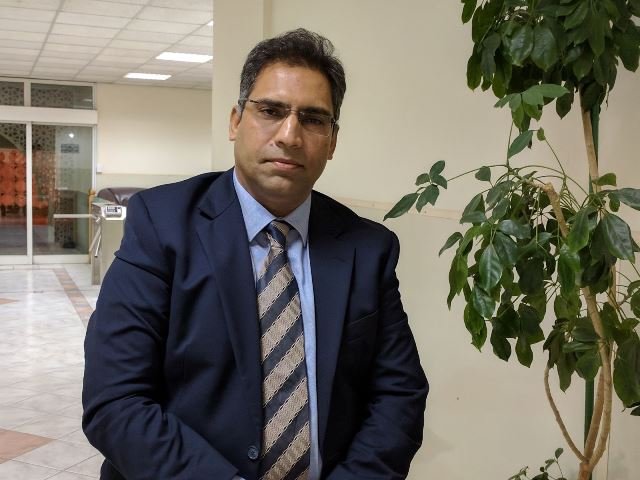 The construction works of 2022 FIFA World Cup stadiums have not been aff ected by the Saudi-led blockade on Qatar,

Manoj Kumar, a senior civil engineer, has said. “The stadiums for the 2022 World Cup were planned well in
advance and construction works on these sites have not stopped because of the siege,” Kumar told Qatar Urdu Radio’s live radio show Haqeeqat yesterday.

“Khalifa International Stadium is ready for the World Cup. The basic structure of Al Bayt Stadium in Al Khor
is complete and nearly 40-50% of the work has been done on it,” he added.

The companies immediately began re-routing the transportation of materials after the blockade started. “The government, along with construction companies, had contingency plans for the mega projects earlier — taking into account all the possible risks. This is the reason why the siege did not aff ect the construction sector the
way Saudi Arabia and the UAE perhaps thought it would,” he said.

“Soon, the entire infrastructure of Qatar will be interconnected, and the plan is to build a dense network of roads near stadiums for better mobility. The fact that construction is under way on most roads around the country even as we speak tells us that the impact of the siege has been minimum.”

Haqeeqat, which aims to engage and interact with the large South Asian expatriate community in Qatar, is a joint venture of Gulf Times and Qatar Media Corporation Urdu Radio. It is broadcast from Sunday to Thursday on FM107.