Work on Fencing of Pakistan-Afghan Border Continues at Pace 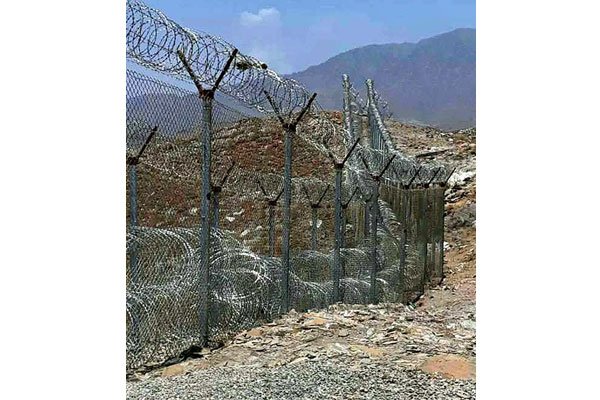 Measures to improve security situation along the Pakistan-Afghan border are being carried out.

In sequel to it a phased fencing of entire border had already commenced under the direction of Chief of Army Staff General Qamar Javed Bajwa.

According to the Inter Services Public Relations here on Tuesday the fencing process was being carried out at a pace as part of the on going operation Radd ul Fasaad.

In phase one of the fencing work, high infiltration prone border areas in Bajaur, Mohmand and Khyber Agencies are being fenced.

In the second phase, fencing of remaining border areas including Balochistan will be executed. Besides erecting fencing, Pakistan Army and Frontier Corps KP have been constructing new forts and border posts to improve surveillance and defense.

A secure Pakistan-Afghanistan border is in common interest of both the countries and a well coordinated border security mechanism is essential for achieving enduring peace and stability.