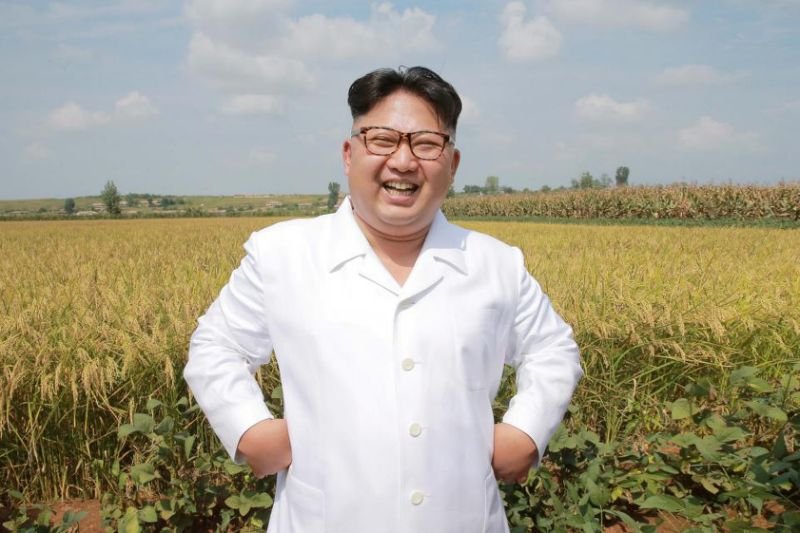 The Trump administration’s North Korea policy is taking shape. On his first official trip to East Asia, Secretary of State Rex Tillerson declared an end to the Obama administration’s policy of strategic patience, ruled out negotiations with North Korea unless the North gave up nuclear weapons and said that the United States would not rule out military action.

North Korean leader Kim Jong Un in Pyongyang, on September 13, 2016. Eric Gomez writes that if U.S. policymakers see pressuring China as the means to an end, then the Trump administration will have to lower its expectations of what China is willing and able to do vis-à-vis North Korea. However, Rex Tillerson’s recent statements suggest that Trump will not be willing to back down from the goal of North Korean denuclearization. Korea’s Korean Central News Agency/via Reuters

Reining in North Korea has rapidly risen to the top of the Trump administration’s list of international challenges. In February, Pyongyang tested a solid-fueled ballistic missile with a tracked transporter erector launcher that will be very difficult for the United States to track and target in a pre-emptive attack.

The following month, during the annual U.S.-South Korean Foal Eagle military exercises, which North Korea views as a dress rehearsal for an invasion, the North launched at least four ballistic missiles into the Sea of Japan simulating a nuclear attack against a U.S. Marine Corps air station at Iwakuni. Jeffrey Lewis of the Middlebury Institute for International Studies at Monterey succinctly described the Foal Eagle missile launch interaction, “If we are practicing an invasion, they are practicing nuking us to repel that invasion.”

The (Limited) Role of China

The amount of pressure that the Trump administration may place on China could distinguish its approach from previous administrations. However, the assumption that China is the only roadblock to solving the North Korea problem is seriously flawed.

Threatening to increase regional ballistic missile defenses if Beijing doesn’t pressure Pyongyang or sanctioning Chinese financial institutions that do business with North Korea create costs for China to contend with. But these costs are not likely to outweigh the strategic value that China places on North Korea as a buffer state.

Moreover, even if Beijing’s strategic calculus did change and it wanted to exert more pressure on Pyongyang’s behavior, its ability to do so is limited for two reasons.

First, China’s ability to influence Kim Jong Un’s behavior via diplomacy or some other form of soft power is very constrained. Chinese–North Korean relations have deteriorated under Kim Jong Un. He has eliminated several officials that were pro-China, most notably his uncle Jang Song Thaek, who was executed in December 2013.

According to a February 2017 article in The New York Times, “some Chinese analysts say [China-North Korea relations] are at their lowest point since the founding of the North as a separate country after World War II.”

Second, North Korea’s nuclear weapons give it an insurance policy against regime change. If China is unable to influence Kim, then removing him and installing a new leader may be the next “best” option for defusing the current spiral of tensions.

Removing Kim in a targeted strike could succeed, but if a leadership vacuum leads to domestic instability then China could face other problems like a refugee crisis or the danger of “loose nukes.”

A larger-scale regime change attempt, similar to the U.S. invasion of Iraq in 2003, would be vulnerable to nuclear attacks. While China is developing ballistic missile defense capabilities, they are probably not sophisticated enough to offer an acceptable degree of protection against North Korean missiles.

Influencing Kim’s behavior or removing him from power are not the only coercive options available to China, but they have the best chance of producing the United States’ political objective of denuclearization.

These options are also unrealistic given the high costs of implementing them for uncertain benefits. If U.S. policymakers see pressuring China as the means to an end, then the Trump administration would have to lower its expectations of what China is willing and able to do vis-à-vis North Korea. However, Tillerson’s recent statements suggest that Donald Trump will not be willing to back down from the goal of North Korean denuclearization.

Hoping for a Hail Mary

The North Korea problem is intractable because all of the players involved are unwilling to make the big political moves necessary to break the status quo.

The United States maintains the unrealistic goal of de-nuclearization and advertises its willingness to engage in pre-emptive strikes against North Korea. This encourages the North to see nuclear weapons, and a willingness to use them first in a conflict, as the key to its survival.

China makes peace offers that it knows are unacceptable to the United States and its allies while the United States pressures China to do more to constrain North Korea that Beijing is unable and unwilling to do.

Finally, South Korea and Japan, without nuclear deterrents of their own, develop military technology and doctrines that would allow them to engage in pre-emptive strikes in order to limit the damage they would face from a North Korean attack.

This is a recipe for crisis instability and diplomatic deadlock that could result in disaster. One of the parties involved needs to take the initiative and throw a diplomatic Hail Mary to try to break the impasse and get the region to step back from the brink.

Bilateral negotiations between the United States and North Korea, a U.S.-China agreement to withdraw all U.S. troops from South Korea in exchange for Chinese-led regime change and stabilization of the North and South Korea abandoning its plans for pre-emptive strikes are potential examples.

Of course, a diplomatic Hail Mary would be a massive risk. Breaking the status quo would require one or more parties to accept high costs, and any plan could fail. But if the parties involved stay the course it is difficult to see how the North Korea problem is resolved without catastrophe.