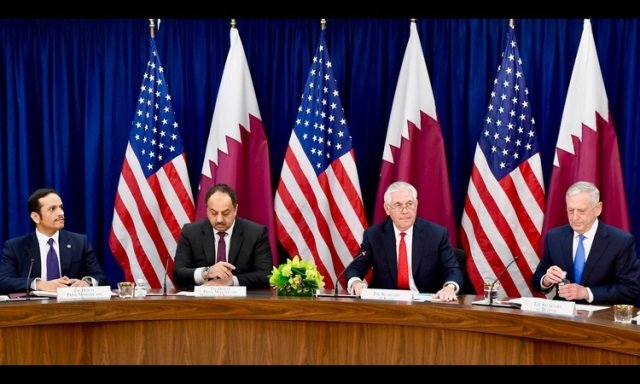 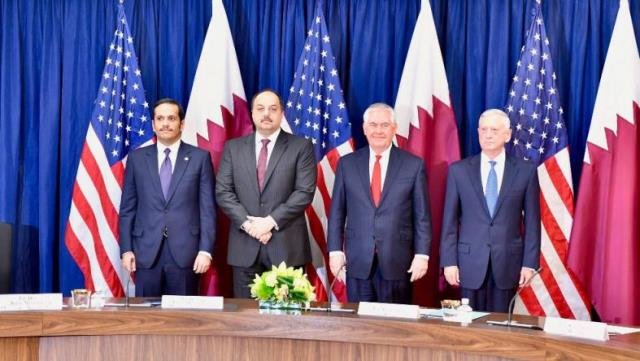 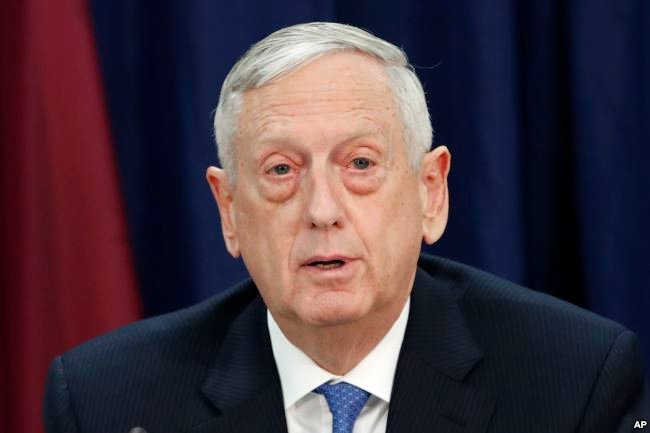 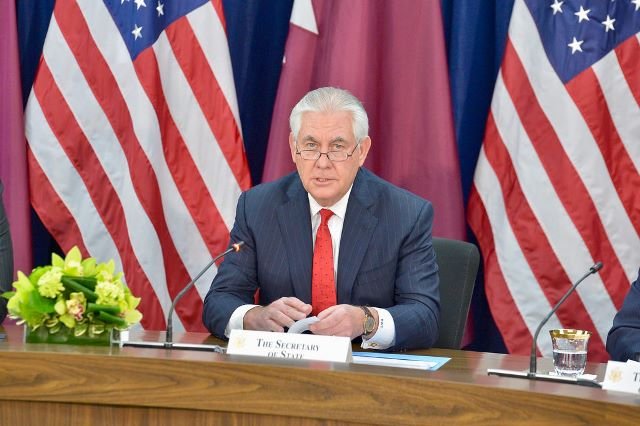 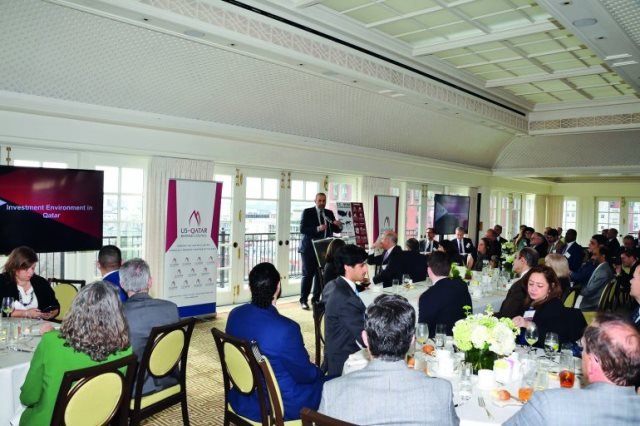 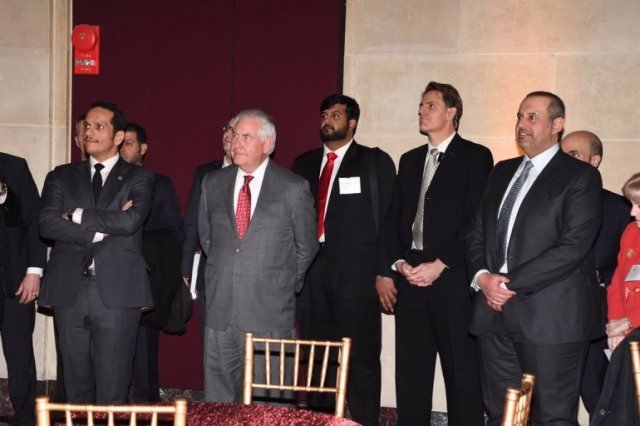 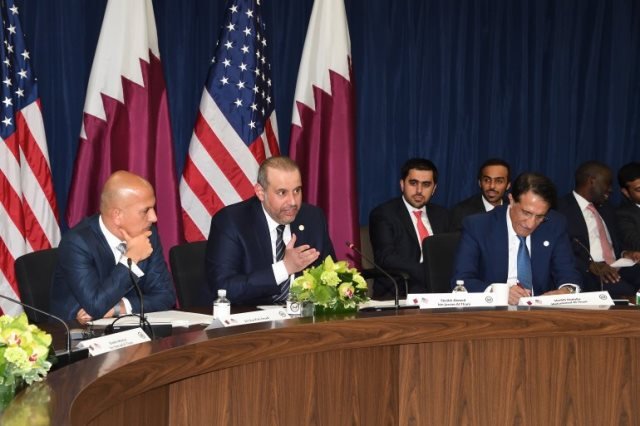 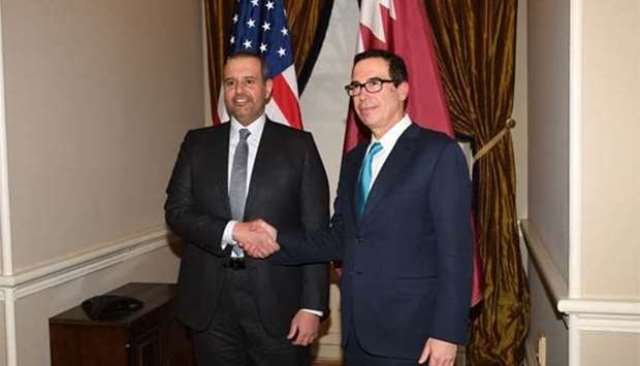 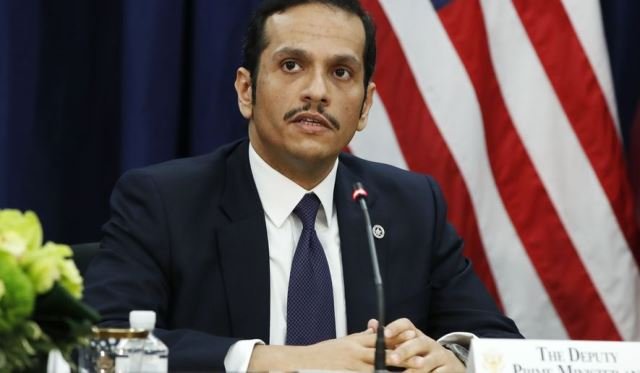 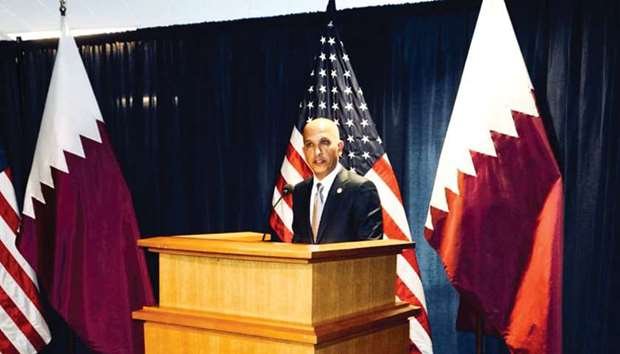 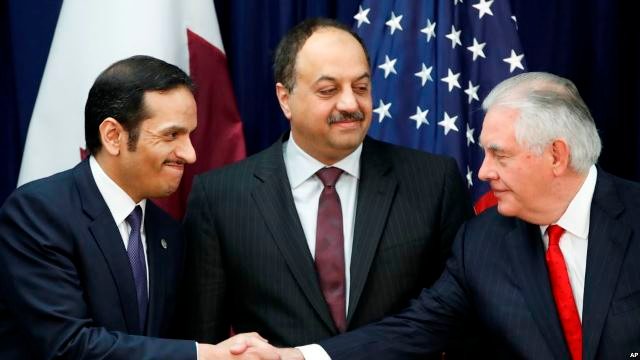 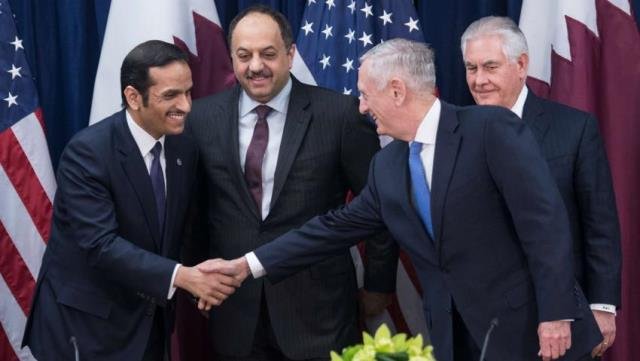 The Strategic Dialogue focused on the strength of their bilateral relationship and the mutually beneficial opportunities for the peoples of both countries to deepen bilateral cooperation, and established a shared vision for the future of the U.S.-Qatar strategic partnership, and a shared commitment to advance global peace and prosperity.

Three (3) important documents were signed between the US and Qatar, outlining their joint cooperation:

The two countries welcomed this first Strategic Dialogue, highlighting the strength of their bilateral relationship and the mutually beneficial opportunities for the peoples of both countries to deepen bilateral cooperation. Today, the United States and Qatar underscored the strength of their ties and established a shared vision for the future of their strategic partnership. The two governments took an important step to elevate the bilateral relationship by signing a Memorandum of Understanding establishing an annual Strategic Dialogue.

In this inaugural Strategic Dialogue, the two countries discussed specific areas of partnership, including defense, counterterrorism, combating extremism, and trade and investment. As those conversations continue, both the United States and Qatar believe their continued mutual cooperation will benefit the interests of both countries, as well as the security and stability of the Gulf region.

Qatar and the United States discussed and welcomed enhanced cooperation, particularly, but not limited to, the areas described below.

Qatar and the United States expressed satisfaction at the recently strengthened and expanded bilateral relationship. This highlights their shared commitment to advance global peace and prosperity.

Qatar and the United States discussed the Gulf crisis and expressed the need for an immediate resolution which respects Qatar’s sovereignty. The two governments expressed concern about the harmful security, economic and human impacts of the crisis. Concern was also expressed over peace and stability in the Gulf and adherence to international law. Qatar emphasized its appreciation for the role played by the United States in the mediation of the dispute in support of the efforts of the Emir of Kuwait. Qatar and the United States affirmed their backing for a strong Gulf Cooperation Council that is focused on countering regional threats and ensuring a peaceful and prosperous future for all its peoples.

Qatar emphasized the role of the United States in the region and the significant part it plays in countering threats of terrorism and violent extremism. The two governments discussed regional security and stability, including joint efforts to defeat ISIS, ongoing conflicts in Syria, Iraq, Libya, and Afghanistan, as well as efforts to resolve the Israeli-Palestinian conflict.

The United States acknowledged Qatar’s generous humanitarian role bilaterally and multilaterally through the work of various UN agencies, in supporting forcibly displaced populations, and in assisting refugees including millions of vulnerable young children and women. The United States acknowledged recent progress and commitments made by Qatar on combating human trafficking and advancing labor rights. The two governments signed a Memorandum of Understanding to continue progress in these areas.

The two governments intend to identify and prioritize areas for further cooperation based on the results of the inaugural dialogue and decided to establish a working group to advance common policy priorities and political partnerships.

Qatar and the United States emphasized the vital contribution their defense partnership provides for the security and stability of the region. This cooperation is key to successfully combating terrorism, countering violent extremism, and deterring external aggression. U.S. officials lauded Qatar’s contributions in supporting the sizeable U.S. military presence in Qatar under the U.S. Central Command.

The two governments issued a Joint Declaration on Security Cooperation, affirming the two countries’ joint commitment to promoting peace and stability and countering the scourge of terrorism. The United States expressed its readiness to work jointly with Qatar to deter and confront any external threat to Qatar’s territorial integrity that is inconsistent with the United Nations Charter.

The two governments discussed the $24.7 billion Foreign Military Sales (FMS) program that currently exists between the United States and Qatar. Since 2014, Qatar has used its national funds to purchase state of the art military systems and conduct extensive training at U.S. facilities. The United States thanked the Qatari government for those purchases, noting they have resulted in over 110,000 American jobs and the sustainment of critical military capabilities for the United States. Qatar highlighted the continued opportunity for future FMS and direct commercial sales, particularly relating to the development of the Expeditionary Amphibious Capability, which could lead to several billion dollars of future acquisitions and training in the near term, as well as an improved ability to defend against external aggression and to better interoperate with U.S. and NATO military forces in coalition operations.

The United States welcomed Qatar’s offer to expand critical facilities at U.S. bases in the country. Qatari funding of capital expenditures and sustainment offers the possibility of an enduring presence, as with U.S. facilities in Europe and the Pacific. The two governments acknowledged the strong and lasting bilateral security partnership, and look forward to further discussions on the possibility of permanent basing.

Both sides intend to strengthen their security and counterterrorism partnership to eradicate terrorism and violent extremism. They reviewed the positive progress made under the terms of the Memorandum of Understanding on Counterterrorism signed on July 11, 2017, including with respect to information sharing, countering the financing of terrorism, aviation security, and capacity building. The United States thanked Qatar for its action to counter terrorism and violent extremism in all forms, including by being one of the few countries to move forward on a bilateral Memorandum of Understanding with the United States.

Qatar and the United States intend to begin the Anti-Terrorism Assistance training program as soon as possible, as set forth in a Letter of Intent signed in 2017; the program will focus on key areas such as aviation security, terrorism investigations, and the protection of soft targets.

The two governments also noted the recent conclusion of the Memorandum of Understanding between the U.S. Attorney General and his Qatari counterpart on the fight against terrorism and its financing and combating cyber-crime.

Qatar and the United States expressed the need to address violent extremism through preventive frameworks. They emphasized the role that both countries are playing in founding and being leading donors of the Global Counterterrorism Forum (GCTF) and the Global Community Engagement and Resilience Fund (GCERF).

The two governments acknowledged the challenges facing Qatar as a result of the GCC dispute, which disrupted Qatar’s previous trading partnerships. Qatar noted that despite the dispute, Qatar has honored its international trade obligations.

Qatar and the United States committed to boosting bilateral trade. They welcomed the role of U.S. companies in Qatar’s development and of Qatari investment in U.S. firms and jobs. Both countries recognized the importance of bilateral investment. The Qatari delegation described recent reforms designed to attract foreign investment in Qatar, including free trade zones, expanding ownership for non-citizens, improvement of the banking system, consolidation of the rule of law, including the development of a mechanism for dispute resolution.

The two governments recognized the positive outcomes emerging from the bilateral Trade and Investment Framework Agreement (TIFA) signed in 2004. It was noted that TIFA continues to serve as a platform for increased cooperation in the fields of job creation, property law, communications, customs, SMEs, and new markets.

Qatar and the United States signed various Memoranda of Understanding and Letters of Intent in the fields of bilateral trade, investment, and technology. They welcomed the United States’ Commercial Law Development Program’s partnership with the Ministry of Finance, and officials signed a Letter of Intent on cybersecurity cooperation and a Letter of Intent on smart technologies collaboration.

The two governments welcomed a set of Understandings on civil aviation reached January 29 aimed at ensuring healthy competition in the global aviation sector while maintaining the Open Skies framework of U.S. international aviation policy. Anchored in the two countries’ close bilateral economic and strategic relationship, the Understandings represent important, high-level political commitments. They affirm both governments’ intention to promote best practices for marketplace participation by their airlines, while ensuring a continuation of the important economic, political, and cultural benefits of air services made possible by Open Skies.

Qatar and the United States stressed the importance of maintaining freedom of navigation, of overflight, and of unimpeded lawful commerce in accordance with international law.

The two governments expressed their mutual desire to further strengthen their bilateral relations in the energy sector, signing a Memorandum of Understanding to enhance cooperation between Qatar and the United States.

This new Strategic Dialogue process underlines the commitment of Qatar and the United States to increase cooperation in fields that are of the greatest mutual and practical benefit. Such cooperation includes the issues discussed today but also incorporates important work in the fields of sports, education, health, arts, and culture.

The two governments outlined a way forward together for the development of their partnership. They committed to continue their dialogue and cooperation on issues including: combating regional terrorism and violent extremism; countering the financing of terrorism; consolidating state of the art defense facilities; and expanding their trade and investment partnerships. Qatar and the United States look forward to making progress in these areas when the Dialogue reconvenes in Qatar in 2019. Both sides look forward to further enhancing bilateral relations during the visit of the Emir of Qatar to Washington later this year.