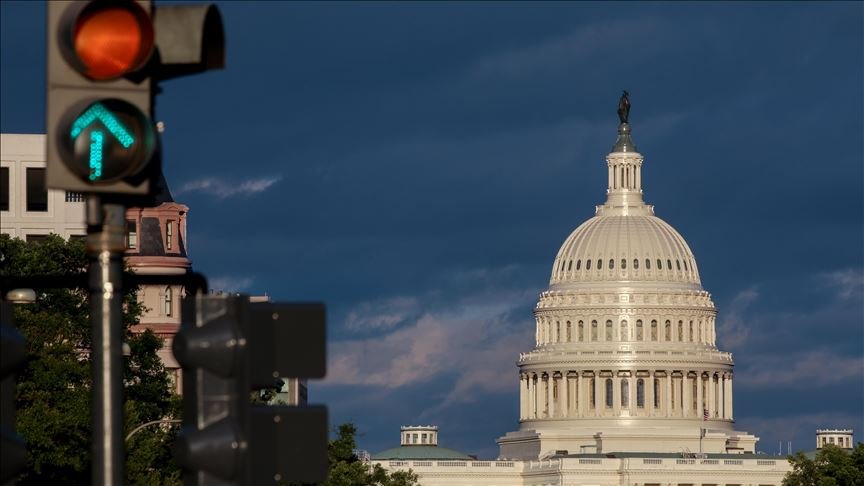 The U.S. Congress has held a second hearing on the situation in Indian-administered Jammu and Kashmir with testimony from at least seven witnesses, including the U.S. commissioner on international religious freedom.

Observers called it “crucial” for Kashmiris.

At the hearing, McGovern urged India to allow foreign journalists into Kashmir and to restore internet access.

On Oct. 22, in an intense Capitol Hill hearing, U.S. congressmen and women criticized India’s actions in Kashmir related to barring access to foreign journalists, senators and diplomats, political detentions and the communications blockade.

Anurima Bhargava, the head of the U.S. Commission on International Religious Freedom, told the panel that cellphone and internet services are being denied to Kashmir.

She said there are reports of health care being withheld by the Indian government.

Human rights lawyer Arjun Sethi, one of the seven witnesses, explained what happened on Aug. 5 in Jammu and Kashmir.

“On Aug. 5, India revoked the autonomy of Jammu and Kashmir without any legal foundation or consultation with the people. Security forces have arrested thousands of Kashmiris, including children as young as nine without cause. Family members fear that security forces may cause disappearance of their loved ones and dump their bodies in mass graves,” he said.

A statement on the website of the human rights commission said witnesses will examine the human rights situation in Jammu and Kashmir in the context of the region’s history and larger patterns of rights violations in India and Pakistan, and will offer recommendations for action by Congress.

Sethi said detainees who were released have alleged brutal torture. “[The Indian] Government has simultaneously imposed a curfew and communications blockade.”

Congressman David Trone and Congresswomen Sheila Jackson-Lee and Pramila Jayapal were present at the hearing.

Jayapal, the first Indian-American woman in the U.S. Congress, told the panel that she was deeply concerned with reports of religious intolerance, communications blockades, and indefinite detention in Kashmir.

“India has not occupied Jammu and Kashmir … There is no India without Kashmir, and no Kashmir without India,” she said.

‘Whisper of a shift’

“The congressional hearing is crucial. It marks a shift in the reception to Kashmiri struggle in the U.S. At the same time, we have to be very reserved and restrained in reading it. This marks a whisper of a shift in [U.S.] policy on Kashmir but at the same time we have a huge challenge,” Kashmiri-American academic Ather Zia said in a telephone interview from the U.S. with Anadolu Agency.

She said propaganda to malign the Kashmiri struggle as “terrorism or internal disturbance in India” was “challenging.”

Responding to criticism from one of the panelists, Sethi, who teaches law at Georgetown University, told the panel: “Some of my colleagues were accused of having some agenda. This the cost of speaking truth … I do have an agenda … I am a human rights lawyer [and] I believe that everyone in this world shall have the civil and human rights respectively.”

Sethi said imposing communications blackout and the use of a lawless law Public Safety Act by India in Kashmir was “collective punishment … that we can never tolerate.”

Referring to the state of minorities in India, Bhargava said: “India’s religious minorities currently stand at a precipice. If the Indian government continues on its current trajectory, their livelihood, rights, and freedoms could be in serious danger.”

Haley Duschinski, director of the Center for Law, Justice and Culture at Ohio University, told the panel: “The Indian State, which is responsible for the security of civilians and property, utterly failed to protect Kashmiri Hindus’ [Kashmiri Pandits] internationally recognized rights as minorities and victims of and refugees from an armed conflict.”

But she clarified that despite leaving Kashmir, several thousand Kashmiri Hindus still live harmoniously with their Muslim friends and neighbors in Kashmir.

“There has never been a full and impartial accounting about what actually caused Kashmir Pandits to leave Kashmir,” she said.

“It is imperative that pain and suffering of any Kashmiri community should not be instrumentalized, manipulated or weaponized against any other community,” she said, adding that Kashmiri Pandits have legal and political stakes in the future of Kashmir.

The provisions also protected the region’s citizenship law, which barred outsiders from settling in or owning land in the territory.