US Delegation Meets Emir and Foreign Minister of Qatar 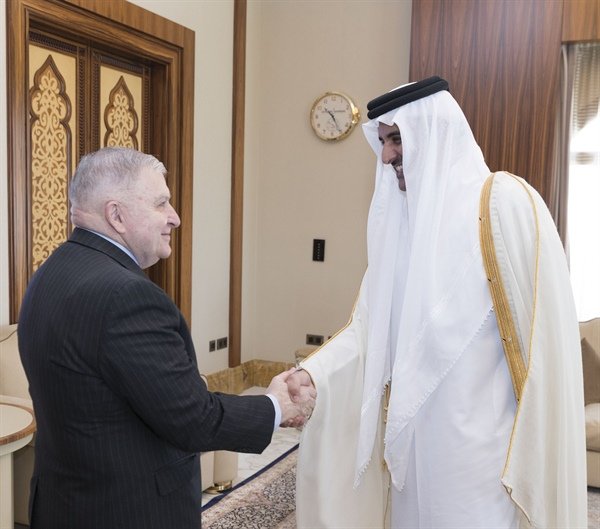 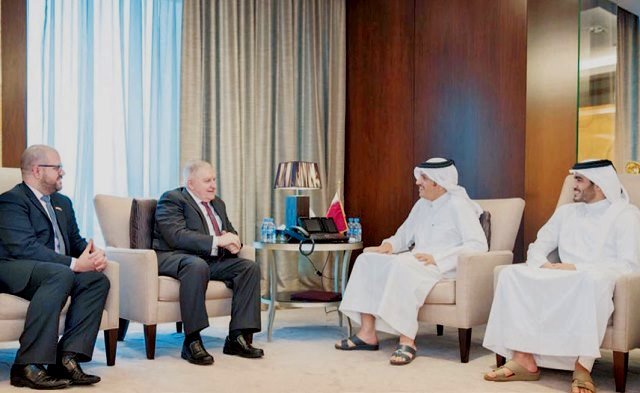 Emir of Qatar Sheikh Tamim bin Hamad al Thani met in Al Bahr Palace on Monday with the envoys of the US Secretary of State Gen. (Retd) Anthony Zinni and Deputy Assistant Secretary of State for Arabian Gulf Affairs, Tim Lenderking, and the accompanying delegation, during their official visit to the Qatar.

During the meeting, they reviewed the strategic relations between Qatar and the US, as well as the regional and int’l developments.

As per Official news agency of Qatar ‘QNA’, they discussed the Gulf crisis, Kuwaiti mediation efforts and illegal measures taken by the siege countries against Qatar.

Present on the occasion was Sheikh Mohammed bin Hamad al Thani, Secretary of the Emir for Investment Affairs.

A US State Department source said Zinni and Lenderking’s visit to the region was aimed at reaching out to all parties to the Gulf dispute.

The source said Zinni and Lenderking will discuss possible ways to resolve the dispute, as well as discuss arrangements for the next US-Gulf summit.