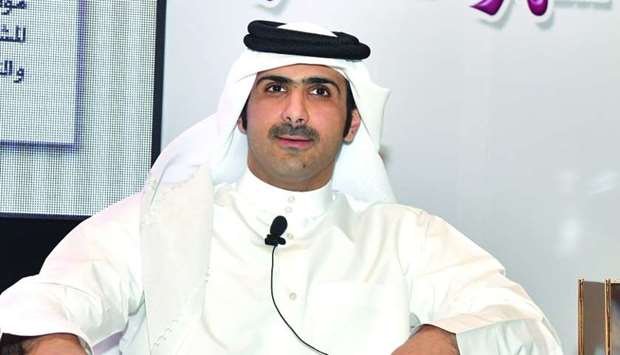 He was speaking at a seminar on “Qatar’s dignity and victory after nine months of siege” hosted by Arabic daily ‘Arrayah’, a sister concern of daily Gulf Times’ at The Ritz-Carlton Doha.

“The main intention of the blockading countries was to take away such a prestigious event as the FIFA 2022 World Cup and create considerable economic loss to this country, which has spent heavily on building a massive infrastructure as part of its ambitious preparations to host the mega event,” he explained.

While recalling the incidents leading to the blockade, Sheikh Abdulrahman said it had its beginning before the US-Islamic Forum meeting in the US where there were protocol violations and editors and journalists were not invited for the mandatory press conference at the end of the conference. “There was a concerted campaign against Qatar,” he asserted.

The blockading countries accused Qatar of supporting terrorism without an iota of evidence and it was clear that their main plan was to tarnish the image of Qatar at all levels. They also wanted to harm the Qatari currency heavily, he said.

“Besides blocking the air, sea and land routes to Qatar for creating difficulties to the people of Qatar, including both the citizens and other residents, some forces also hacked the website of the Qatar News Agency to spread rumors and their false propoganda,” said Sheikh Abdulrahman, who also recalled that Saudi Arabia and others wanted to globalise the whole issue while demanding the suspension of Qatar from the Gulf Co-operation Council.

The top QMC official said Saudi Arabia also resorted to the extreme step of expelling Qatari nationals who were performing Umrah, and they included sick patients as well. Qatari students were also told to leave the country, he said while recalling that those who lived in Saudi Arabia and other blockading countries who had sympathies for Qatar and its predicament were prevented from echoing their feelings and sentiments.

The speaker said people there were unable to express themselves against the unjust blockade on Qatar and media, whether it was print, visual, broadcast or even social media were wholly suppressed and could do nothing to oppose the blockade.

However,  Emir Sheikh Tamim bin Hamad al-Thani and the series of sojourns he has made to different destinations across the world since the blockade has a positive effect on Qatar and the country’s leadership has been able to convince others of the real position of Qatar on a number of global and regional issues, he said.

“the Emir’s address at the UN General Assembly and later at the Munich Summit have paid rich dividends and the efforts being made by the Foreign Minister have succeeded in mobilising support for the country’s stand.

While reaffirming that Qatar has succeeded in overcoming the blockade effectively in the last nine months, Sheikh Abdulrahman also remembered that the country’s residents rallied solidly behind the Emir’s leadership and proved to the world that the blockade was a total failure.