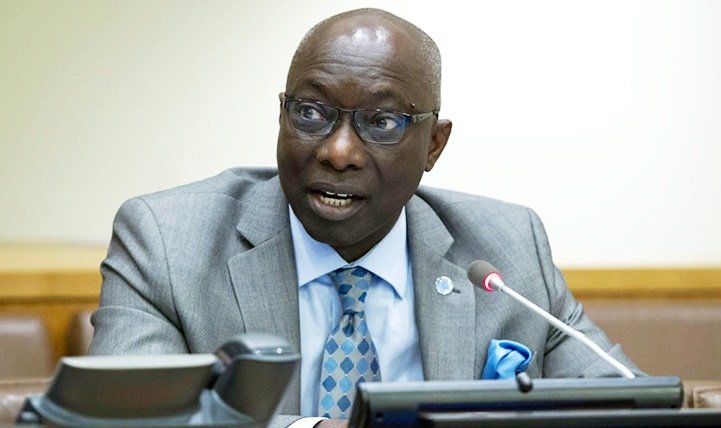 Adama Dieng, Special Adviser to UN Secretary General on the Prevention of Genocide hailed the efforts of the State of Qatar in support of the international community to prevent the perpetration of terrible crimes and genocide in many parts of the world.

In his two interviews with Qatari dailies, Al-Sharq and Arrayah, the UN official said that the United Nations highly appreciates Qatar’s role and humanitarian contributions in the conflict-hit areas around the world.

“Doha has made significant contributions to “The Responsibility to Protect (R2P)” commitment in many regional and international areas of conflict, in addition to its continued support to the UN organizations in the efforts aiming to halt the terrible crimes and genocide, he said.

He pointed out to the recent meeting held in Doha which he said reflected the GCC significant role in preventing serious violations and stopping genocide in war and conflict zones, mainly in the Middle East.

He also praised the GCC important role in achieving sustainable development in those areas, stressing the need to work with the international community institutions to put an end to the abuses of vulnerable groups such as children, women and the elderly.

Meanwhile, the UN official hailed Qatar’s role in succeeding the negotiations of the peace agreement between the Sudanese government and the Sudan Liberation Movement/Army (SLMA) on the basis of the Doha Document for Peace in Darfur, affirming the significant role of Qatar in establishing peace in Sudan in general, and in Darfur in particular.

He highlighted the huge and remarkable efforts exerted by the Qatari officials in order to end the conflict, and hailed Qatar’s contributions to the efforts of development and reconstruction of Darfur and other provinces in Sudan.

The UN official said that the efforts of relief and preventing genocide come as part of compliance with legal and ethical obligations, noting that the United Nations has put many plans and mechanisms to develop these efforts so as to ensure the prevention of mass crimes. He noted that there is a steady increase in religious and ethnic conflicts in different regions of the world, which requires more attention and resolve urgently.

On the issue of Rohingya Muslims in Myanmar, the UN official stressed that there are real concerns about how to address the ongoing violence in northwestern Myanmar.

On Syria, the official said Bashar Al-Assad and officials in his regime accountable for the crimes and serious violations they have committed. He called for extensive investigations into the crimes committed in Syria, and demanded the transfer of the Syrian file to the International Criminal Court.

Doha, 25 June 2022 THE Embassy of Nepal and the Non-Resident ...
END_OF_DOCUMENT_TOKEN_TO_BE_REPLACED