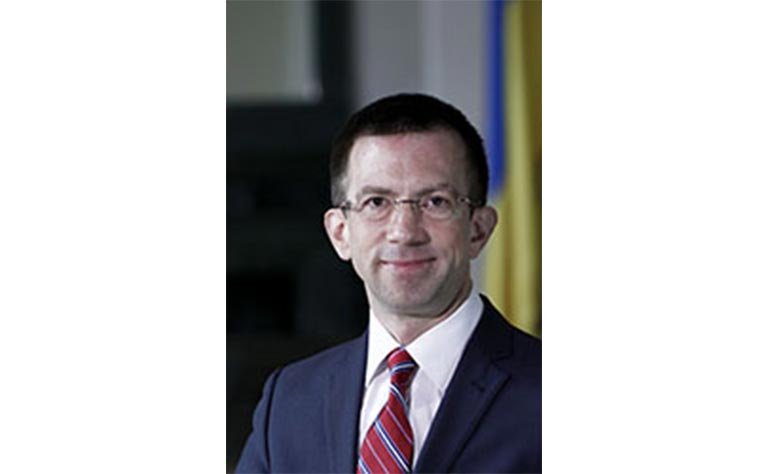 As reported in Arabic daily AlSharq and AlRaya newspapers, in an exclusive interview with the visiting reporters from Qatar, Seitz praised Qatar’s mediations in some of the most complicated regional and international conflicts which resulted in reaching enduring settlements.

Andrei Seitz appreciated Qatari efforts by hosting bilateral talks between concerned parties for peaceful solutions through discussions and negotiations on number of key issues. He said these discussions have demonstrated Qatar’s positive and vital role in establishing security and stability in different conflict-hit areas. Seitz said Qatar initiatives have always been recognized at all levels around world and are within the framework of GCC and it’s Arab and Islamic belonging.

Acknowledging Qatar’s standing globally among major gas supply countries, Ukraine’s Deputy Foreign Minister stressed on further strengthening of bilateral relations between both the countries especially in the field of natural gas. He recalled about a proposal between both countries couple of years earlier to establish a terminal on the Black Sea. However, due to economic constraints could not materialize. Seitz told visiting journalists from Qatar that present situation is very much favorable both economically and in geo-political.

Andrei Seitz paid his gratitude to State of Qatar on Qatar’s generous humanitarian aid for displaced people from Crimea and Eastern Ukraine. He told that Qatar Red Crescent and Ukraine Red Cross has signed an agreement whereby, QRC will provide USD 400 thousand in humanitarian aid to Ukraine in order to support the displaced people from the Crimea and eastern Ukraine, noting that Qatar was among the first Muslim countries to provide assistance to the displaced.

20 January 2022 By Ashraf Siddiqui More than 7,000 books of different ...
END_OF_DOCUMENT_TOKEN_TO_BE_REPLACED