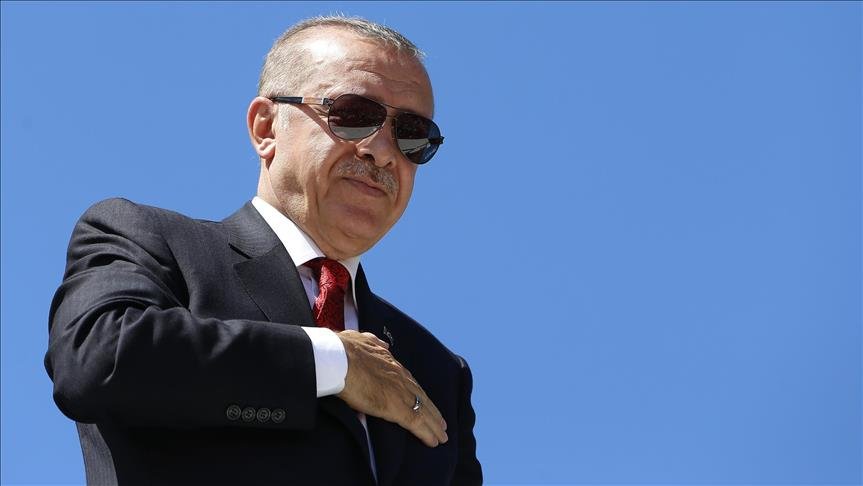 “They are threatening us. You cannot bring [Turkish] people to their knees by using a threatening language. We are knowledgeable with justice and law,” Erdogan said in his address in the Black Sea province of Ordu.

Erdogan’s remarks came a day after U.S. President Donald Trump ramped up his attack on Turkey by doubling U.S. tariffs on Turkish aluminum and steel imports to 20 percent and 50 percent, respectively.

Calling on the U.S., Erdogan said: “It is a shame. You prefer a pastor to a strategic ally of yours in NATO.”

Later speaking in northeastern Rize province, Erdogan spoke of Turkey’s plans to trade in local currencies with some countries.

“We are preparing to trade in our local currencies with the countries that we have the largest trade volume such as China, Russia, Iran, and Ukraine.”

Turkey is also ready to establish a similar system — to not use dollar in trade — with European countries, Erdogan noted.

Turkey will “never accept the order, which declares war against the whole world,” through the threats of sanctions, he said, referring to the U.S.

Without naming any country, Erdogan said that those — who stand against Turkey for the sake of small calculations — would pay the price.

Meanwhile, Erdogan visited the Unye district, Ordu, which was affected by heavy rainfalls since Wednesday afternoon that caused landslides and flooding.